You are here: Home / Memes / My 7 links – a Tripbase project I do love a good retrospective.  I was always a sucker for those magazine articles that inevitably start appearing towards the end of the year listing the year’s top 100 songs; or top 10 celebrity divorces; or top 5 food trends; or top 20 headlines.  You get the picture.  So when I am given a chance to curate a retrospective of my own work here on the blog, naturally I leap at the chance!   Chances are you have already come across the My 7 Links Project somewhere on the interwebs.  The premise is simple – a blogger is nominated to do a post featuring links to seven old posts in specific categories that he or she feels deserve to be highlighted again, or maybe did not get the attention they deserved.  After reading several other people’s 7 links (and I must encourage you to read the lovely Leluu’s 7 links – the most beautiful I have seen) I was raring to do my own – and I was thrilled when my friend Soma of eCurry nominated me! So here go my 7 links:

As far as the visuals are concerned, I think my prettiest and most girly post was definitely my spiced plum semifreddo.  Everybody loved these photos – from Tastespotting to Foodgawker to my loyal readers.  That said, I also have a soft spot for the dark and sultry chocolate photos in my Hotel Chocolat giveaway post; and as far as savoury foods go, I am tremendously proud of my fig, halloumi and hazelnut salad shots. Judging by its high and sustained visitor stats, I would have to say my Spicy Moroccan chicken tagine wins the title! I had not realised what an appetite there is out there for Moroccan food cooked by a South African girl in London!  The close runner-up must be my lightly curried butternut soup; and of course there was a huge surge of comments and traffic for my post on renewing our marriage vows on the beach after ten years…. but that’s because nobody can resist a girl in a long white dress 🙂 Ummm, regular readers will know that controversy is not big around here.  Given my non-confrontational nature, maybe I subconsciously chose a food blog because it is one of the blogs least likely to be a hotbed of controversy!  But if I had to choose one post it would probably be my open letter to the organisers of the 2010 fiasco-like South African Blog Awards.

As far as cooking goes, it would have to be a toss-up between my top tips for making risotto post; and my post about successfully cooking large joints of meat on the barbecue.  On the travel front, it would have to be my Top Munich Oktoberfest Tips post, which seriously does tell you everything you need to know about making the most of your visit to the Oktoberfest. It always amazes me how you put your heart and soul and hours of research and photo editing into a post… and hardly anybody reads it.  And then other times, you dash off a quick post before bed, slap on a photo and it becomes a huge hit with your readers.  Go figure.  When I posted the classic but very much un-gourmet South African peppermint crisp fridge tart, I thought it might be a novelty for homesick Saffas.  Instead it turned into a sleeper hit.  Who knew! Ditto my post on creamy gem squash, which struck a surprising chord with South Africans everywhere.  And every year around this time, my super-simple runner bean soup post gets huge traffic from allotment gardeners who have run out of ideas of what to do with their glut of beans. 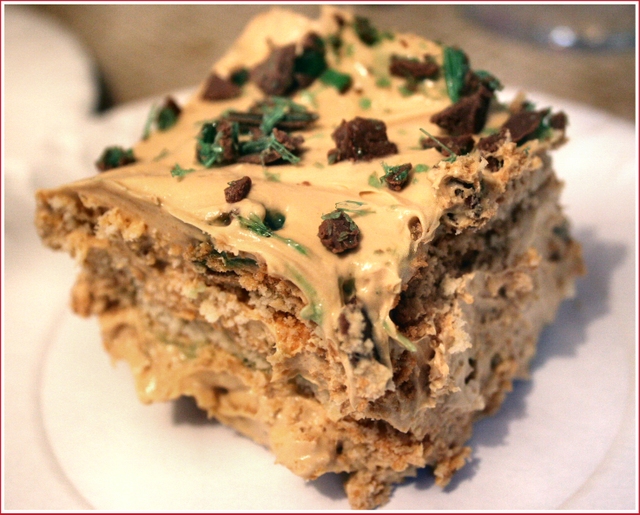 A POST THAT DIDN’T GET THE ATTENTION IT DESERVED

I am going to cheat a teensy bit here and say ALL my literary-themed End of Month Egg on Toast posts and round-ups.  Allow me to explain.  Back when I was a young warthog and you could count the food bloggers in the world on the fingers of one hand, my good friend Anthony and I cane up with a rather fun, silly monthly event called the End of Month Egg on Toast Extravaganza.  It started off as an event simply themed around dishes you could make out of egg and toast (or some other sort of carbohydrate).  But after the first couple of months, I decded to add a literary dimension:  each entry also had to be written according to a specified literary theme.  In this way, we had egg on toast recipes in limericks, Dr-Seuss style, Harry Potter style, Da Vinci Code style, and (my personal favourite – parody poetry style.  I do not think I will ever improve upon my roundup in the style of TS Eliot’s The Lovesong of J Alfred Prufrock.   And as far as travel posts go, I really think that my culinary guide to Cape Town deserved more attention than it got – it’s packed with great tips for foodie visitors! Tough one, this.  My posts are like my children and I am proud of ALL of them!  But in terms of my writing, the post that still gives me the goosebumps when I read it has to be the one about the romance of objects and a recipe for jewelled couscous.  It is as perfectly formed a piece of writing as I have ever done.  A close second choice woudl have to be my post on Moroccan lamb shank tagine which included a poem I wrote which makes me happy and sad and nostalgic and wistful, all at the same time.  And to make me laugh out loud, there can be no finer piece of writing than my account of a near-disaster while baking Nigella’s flourless spiced chocolate orange cake. Apparently I now also have to nominate 5 other bloggers to give us their 7 links, so here goes:

And with only 22 days to go until the next Plate to Page workshop kicks off in Tuscany, we are thrilled to introduce our Tuscany sponsors!  Do go and have a look at the wonderful companies who will be supporting us and making sure our goodie bags are bulging!