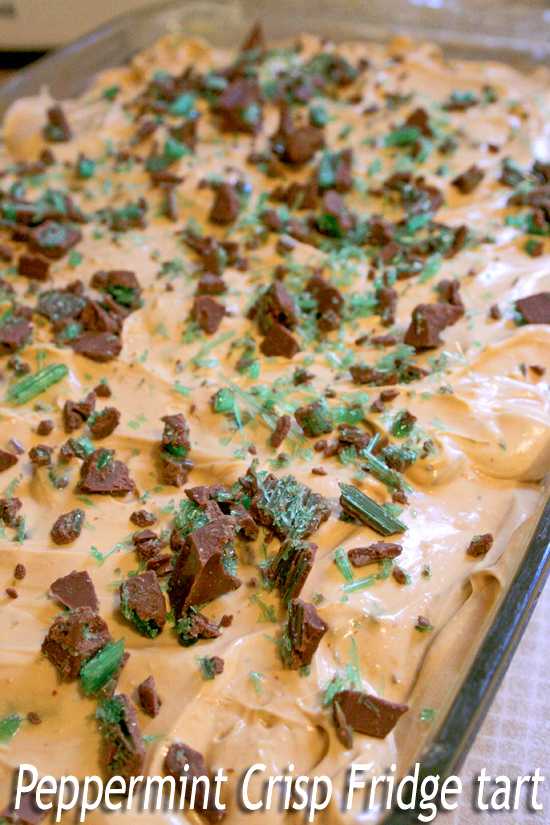 A standard criticism of South Africans (and pretty much all antipodeans) in London is that we arrive from sunnier Southern climes, find jobs, find accommodation and then proceed to live in little self-imposed ghettoes, socialising only with other South Africans, eating only out of South African shops, drinking in South African-themed bars, wearing Springbok rugby jerseys everywhere, and generally spending time slagging off the English – our hosts!  And I do have to say that there is some truth in this. It is very hard to stick out your finger in Wimbledon/Earlsfield/Southfields and not poke a South African, because a lot of us really do congregate there.  And I have spent many a night talking to South Africans in London and thinking “good grief – you’re in LONDON!  Stop carrying on about the weather – you didn’t come here for the weather!!”

But let’s not forget that there is always an exception that proves the rule.  Since we arrived here, Nick and I have been Eastenders.  We have never lived west of Canary Wharf and am not aware of any South Africans in our street.  Sure, you do hear Afrikaans on the train occasionally, but we are more likely to bump into our Lithuanian, Irish, Indian, Finnish or West-Indian neighbours than other Saffers.  Although I get terribly homesick, I also experience moments of such intense joy at being in London that I want to run laughing through the streets yelling “Hey, everybody, look!  I actually live here in one of the most exciting cities in the world!!”  On the other hand, you are what you are: there’s no denying your roots.  And so, like clockwork, once a year Nick and I host a Big South African Braai.  Not to surround ourselves with only South Africans, but to give all our friends a little taste of what home means to us.

We usually have between 10 and 17 people in our tiny garden and we have a rich mix of nationalities and backgrounds.  This year we had 3 Brits, 5 Saffers (including me and Nick), 2 Aussies, 2 Kiwis. a German and a Mexican. So naturally we felt compelled to educate them on the finer points of South African cuisine 😉  In the past, we have treated them to chakalaka, seven-layer salad, sosaties, braai sarmies and snoek.  And this year we treated them to not one but TWO South African delicacies:  chicken sundowners (will be blogged in a later post, I promise) and Peppermint Crisp fridge tart.

I don’t know what it is about this desert that makes grown men go all misty-eyed and women look wistful, but it is one of those desserts that everyone seems to like.  It is absolutely not fancy, pretty, clever or remotely sophisticated.  But I can guarantee you that every South African reading this has tasted it because it is one of those things that every South African mom has at some stage made when catering for masses of people… say, at a braai.  Some people whom I invited but could not make it were upset not about missing the braai, but about missing the pudding!  In fact, it has become so ingrained in the South African culinary psyche that I was amused to see on my visit home in June that it has become a chocolate flavour!  Cadbury’s Dairy Milk has brought out a range of “Local ‘n lekker” chocolates in flavours like milk tart and… mint crisp fridge tart.  Jawellnofine. 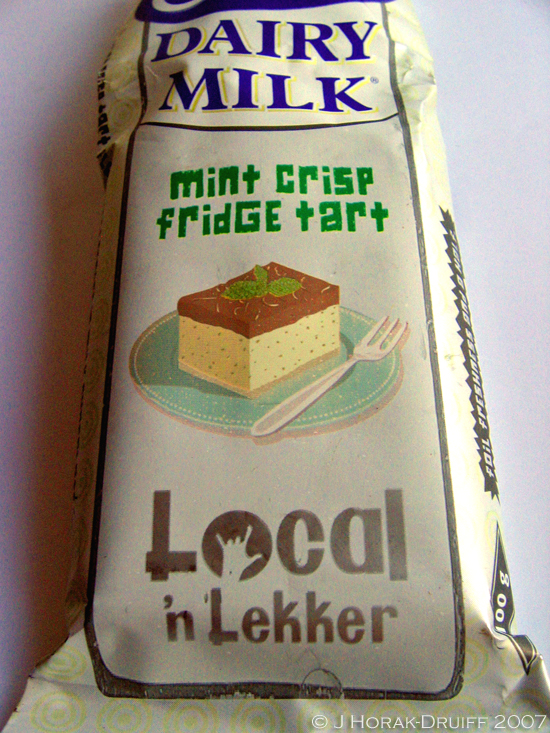 So what is this ambrosial pudding?  OK, don’t wince when I tell  you.  Many moons ago, a South African company called Orley Foods developed a range of non-dairy cream substitute products.  The flagship product was (and still is, apparently) Orley Whip which looks like single cream, whips up to three times its original volume and can be stored in the fridge for up to three months.  My recipe for this pudding was copied down from a package insert in a pack of Orley Whip a long time ago, probably much like every other South African I know.  The recipe combines Orley Whip with Caramel Treat (caramelised condensed milk) and Peppermint Crisp (a chocolate bar from Nestle that features a filling of tightly packed, long and very brittle tubes of BRIGHT green mint-flavoured cracknel – looks like Kryptonite and tastes madly minty), layered with Tennis biscuits (shortbread-ish coconut-flavoured cookies).  It struck me that it is in some ways a South African take on tiramisu, minus the culinary history and the fashionability ;-).  The final product is not overly sweet, thanks to the peppermint and the fairly neutral biscuit layers, but is rich enough to go a long way.  And I distinctly remember seeing plates licked clean – even by people who have never set foot in South Africa! 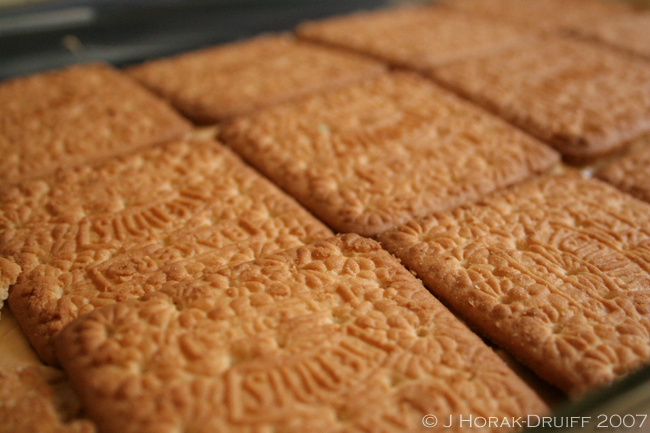 Because the original ingredients of a Peppermint Crisp tart are so specific, I am often asked by readers from outside South Africa about possible ingredient substitutions.  The answer in the UK used to be simple – buy your ingredients from a specialist South African shop, but this changed in 2017.  Where products containing animal ingredients (e.g. dairy) are imported into the EU, legislation requires that the country of origin have in place an EU-Approved Residue Control. Medicines such as antibiotics used to treat animals need to be controlled to make sure that residues (small amounts of these chemicals that can remain in the animal-based ingredients) do not end up in human food at harmful levels. Countries with an EU-Approved Residue Control Plan have demonstrated to the European Commission that they are able to control the use of veterinary medicines and monitor residues in animal products destined for the EU. Since 31 March 2017, South Africa no longer has such a plan in place and as a consequence a number of SA products may no longer be imported into the UK – soo goodbye easily accessible Tennis biscuits and Peppermint Crisp 🙁 But over the years a number of helpful readers have made substitution uggestions from all over the world, which I have summarised as follows: 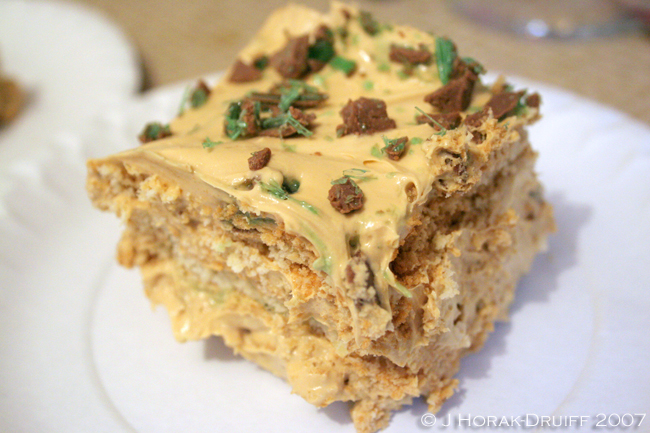 This post is my submission to this month’s Sugar High Friday, hosted by my friend and holiday companion Johanna.  The theme is local delicacies and you still have till 27 August to get entries in. 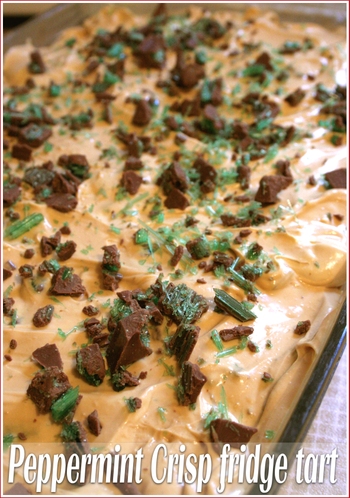 Print
Prep time
4 hours 30 mins
Total time
4 hours 30 mins
Looking for that long-lost delicious Peppermint Crisp pudding recipe that you remember from your South African childhood? Well, you’ve found it!
Author: Jeanne Horak-Druiff
Recipe type: Dessert
Cuisine: South African
Serves: 6-8
Ingredients
Instructions
Notes
SUBSTITUTIONS:
You can substitute double or whipping cream for Orley Whip, but the outcome may be even richer than this pudding already is. I used Elmlea, a half-dairy cream available in the UK.
For caramelised condensed milk, you can use tinned Carnation Caramel; dulce du leche; or you can make your own by boiling a tin of normal sweetened condensed milk for 3 hours (warning: may be hazardous!!).
The Tennis biscuits may prove problematic. Best suggestions I have seen are Nice biscuits, McVitie's coconut rings, Shirley Coconut Biscuits - or digestive biscuits or enev ginger nuts at a push.
Peppermint Crisp is also manufactured and available in Australia and New Zealand (and via Amazon at a price) but really has no exact substitute. You could try Peppermint Aero or Cadbury's Mint Crisp.
Wordpress Recipe Plugin by EasyRecipe
3.5.3251