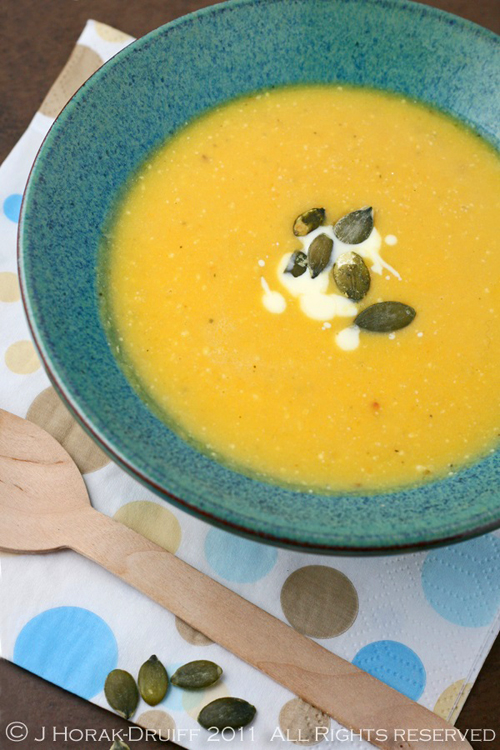 It had to happen sooner or later – eventually everyone that knows me has to hear about, or come across, Paul. Paul is one of my cleverest, funniest, most talented (and thin and gorgeous ;-)) and generally fabulous friends from back home. He is the Will to my Grace (and let’s not delve into the conceivable double entendres in that statement) and I have known him forever and a day. Paul is an airline pilot and has traveled all over the world. He is a self-taught computer programmer. He is an accomplished photographer. He taught me how to solve cryptic crosswords. And he knows Elton John (ask him about it :P).

Despite all his fabulousness, I never had Paul down as a cook of note. If we went out, we’d eat in a restaurant. If we stayed in, there would be the obligatory trip to the McDonalds drive-thru for some kind of plastic food and of course a supersize Diet Coke. We once spent 10 days in America together and I swear that all he ate was hamburgers, fries, chicken wings and a bratwurst roll.

But sometime around mid-1996, Paul discovered cooking in a big way. If there was a dinner party at his house we would lay the table on the patio, light the candles and he would cook. From scratch!! Using actual raw ingredients!! It was a revelation. OK, so the repertoire started off being rather limited – butternut soup for a starter and spaghetti bolognaise to follow. In fact, Paul’s butternut soup is so good that even after his repertiore expanded considerably, people still request it – I know I do – and it is known throughout our circle of friends as “Paul’s famous butternut soup”. One night in 1998, Paul even hosted The Great Butternut Challenge when he and a friend each brought along three guests, each made a pot of butternut soup to their own recipes and then allowed everyone to taste and vote. Needless to say, he won… From these humble butternut beginnings sprang great things – Paul’s famous soup evenings, for example. He’d make at least three types of soup (French onion; potato and cheese; pea and bacon etc etc) and everyone tastes a bit of everything and wipes their bowls with crusty bread. Or Paul’s fabulous barbecued fillet steak with pepper sauce. Or my personal favourite of the moment, black mushrooms baked with garlic and cheese and topped with caramelized onions, served with homemade croutons. Oh my word.

Paul had just moved into his new house and needed a new dining room table. So on Wednesday afternoon he and I went shopping and found the perfect table. As he was paying for it, he casually asked the salesman “So delivery will be possible this afternoon, then?” The salesman blanched and stuttered and explained how the delivery service was very busy and it was very unlikely. So in his charming way, Paul explained that he was having a dinner party THAT NIGHT and the table was an absolute necessity. If he could not have the table THAT NIGHT, he was cancelling the purchase. So the salesman hemmed and hawed and made a few calls and assured Paul that delivery would be that night. So Paul happily went shopping for ingredients and I went home to shower and change.

I got back to Paul’s by about 5pm – no sign of the table. By 6 there was STILL no sign and the store was closed so Paul could not even call and vent at them. By 7, the guests had arrived so we resigned ourselves to the old plastic patio table and carried it inside and laid it. At about 7:15, the butternut soup was plated and heading for the table when suddenly… the buzzer to Paul’s apartment complex’s security gate rang. Yup, you guessed it – the delivery men had arrived. Okeydokey. So I started moving food off the table and Paul pressed the button to open the gate. A minute passed. Two. Three. No sign of a delivery.

This was all rather odd, since the gate is only about 100m from his front door. Then the buzzer rang again. This time the man said the gate had not opened, so Paul pressed the button again. More waiting. No delivery. Then the buzzer rang for the third time and Paul was told that the gate was broken. His first reaction was to curse the complex management for installing a cheap mechanism, and his second reaction was to grab the keys to unlock and open the gate manually and stomp off to open up for them. More time passed. Guests getting restless. No table. Eventually I took a walk outside to see what was keeping them – oh, what a scene greeted my eyes!!

The furniture delivery van had clearly been otherwise engaged. But in an attempt to keep Paul happy, the salesman had called in some obscure favour from the supermarket in the same shopping complex and they had agreed to do the delivery in one of their (huge) trucks. The gate to Paul’s complex was clearly not designed for huge grocery trucks, but the bright spark driving the truck had somehow not noticed the discrepancy in size between his truck and the gate, so as the gate opened, he had forged ahead. Unfortunately for him, the width of the truck exceeded the width of the gate by a good foot. So by the time I arrived on the scene there was the gate, one of its pillars and a large section of the complex wall (the section containing the letter boxes…), all lying in a mangled heap in the driveway. The truck had come to a halt shortly after impact and the driver was standing some way away, shaking his head. And the collected residents of the complex were clustered around the truck in various stages of hysteria. Pure street theatre!! All they needed were pitchforks and it would have been a scene from The Hunchback of Notre Dame.

The police were duly called and the driver tested for alcohol (negative), and my last memory before returning to the dinner party was the driver, answering the police questions while leaning against a squat brick pillar by the side of the driveway. From the pillar emanated a hundred disembodied voices all going “hello? hello? HELLO?!” in various stages of agitation. The pillar that the driver was leaning against housed the bank of intercom buttons used to operate the gate intercom system in each unit in the complex – and he was calling them all. I had to leave before I collapsed in hysterical laughter. After police investigations were complete, the delivery guys carried the table into Paul’s place, he reheated the soup, I relaid the table and we all had dinner as if it was all a very very peculiar dream. And I can confirm that the soup was damn good.

Clearly, butternut soup also occupies a special place in Paul’s memory – when he decided to post his first comment on this blog recently, he added the recipe! I have often had butternut soup made with a twist of sweetness (like orange) but I think the secret to Paul’s lies in the curry powder he adds to it – see what you think. Here follows the recipe in his own words – to get an account of the surreal dinner party in his own words, you’ll have to ask him!

“OK, to make my famous butternut soup, you need:

1. Toss the chopped onion and garlic in a pot and sauté, don’t burn or caramelise. They must be translucent but still white.
2. Add the peeled butternut and chicken stock and bring to the boil.
3. When the butternut is soft, mash (as in MASH, don’t liquidise or pulverise!).
4. Add the other ingredients and stir.
5. Season to taste with salt and pepper.
6. And eat.

If it doesn’t work out, get Cooksister to come fix it. Beware of adding too much salt. It’s the cream that makes all the difference.

Have a nice day…”