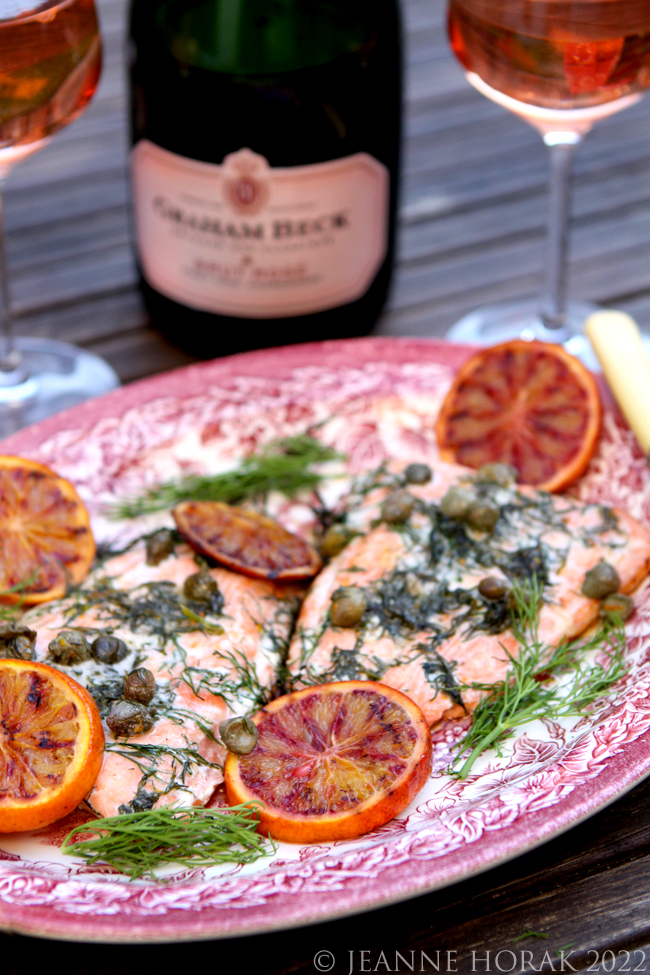 Last weekend I had the great pleasure of seeing the stage version of Baz Luhrmann’s 2001 musical Moulin Rouge – the first stage production I have seen since Message in a Bottle in Feb 2020!  It is an absolute riot of colour, inventive sets, fabulous voices and more songs than you can shake a stick at – snippets of 55 different songs in total!  The film version really only featured one original song (Come What May) while all the other songs featured were existing music and the stage show does the same, adding some songs that had not even been released when the original film came out. In one scene in Satine’s boudoir inside a model of an elephant (!) the lovestruck couple communicate entirely in a medley of songs and unsurprisingly almost all of them feature the word love: All you need is love; I can’t help falling in love with you; Love Hurts; Love is a battlefield; Everlasting love; Tainted love; I will always love you… the list goes on and on. Can there be a human emotion than has inspired more creative endeavours from rock paintings to music, plays, writing, art and films over the millennia? 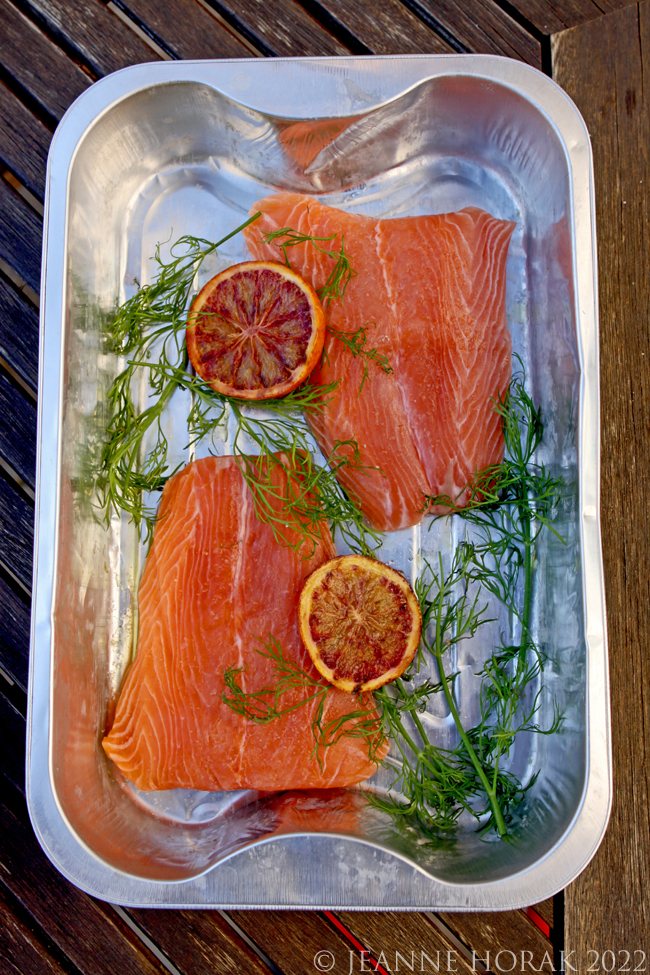 As a species, we humans find it so hard to resist a good love story and the lure of a happy ending, don’t we?  Surely there can be no other explanation for the enduring popularity of rom com movies or TV shows like The Dating Game, Blind Date, First Dates, Married at First Sight, The Bachelor, Celebs Go Dating or (dare I say) Love Island?  Sure, we love watching the car-crash pairings, the awkward moments and the dramatic break-ups – but deep down we secretly pin our hopes on somebody finding true love.  We root for the couple who we think are prefect for each other if only they would let their guard down/dress less frumpishly/stop talking about their ex; and we are secretly thrilled to see the reunion show in 5 years time and learn that a few of the pairings resulted in happy marriages.

It’s a funny thing, love. It is such a universal human experience and yet if you put 5 people in a room and ask them each to define love, I can guarantee that you will get five divergent answers. In 1960, C. S. Lewis even famously wrote a book called The Four Loves where he distinguished Storge (empathy bond); Philia (friend bond);  Eros (romantic love) and Agape (unconditional “God” love).  The fact that love is such a complex, abstract and individual concept means it is often reduced to a meaningless one-line cliché, like “Love conquers all” or “Love will find a way”. But what I find fascinating is that despite all these divergent ideas, trite clichés and individual interpretations of love, there are some biological facts about it that apply to us all – and as Lou Reed sang, “my love is chemical”. The relatively recent ability to study the neural activity (using brain imaging techniques like MRI scans) correlating to subjective mental states (like arousal, attraction and attachment) has allowed neurobiologists to discover a lot about the biological bases for romantic love and attraction.  For instance, did you know that…

And psychologists have also discovered that it only takes on average up to 4 minutes to decide whether we like someone or not, based primarily on their body language as well as tone and speed of their voice rather than what they actually say.  So for the singletons out there, buckle up!  You could be only one speed date away from a hormone-fuelled romantic rollercoaster that has the potential to lead to your happily-ever-after 😉 One of my most enduring love affairs when it comes to wine has been with Graham Beck Wines, one of the pioneers of premium South African sparkling wine since 1990.  The eponymous Graham Beck was a South African industrialist and philanthropist who laid the foundations for the brand’s success in 1983 when he bought the farm Madeba, located near the Western Cape town of Robertson, and established the first vineyards on the land. He was joined in the cellar in 1990 by cellarmaster Pieter “Bubbles” Ferreira who has led the team since the first vintage in 1991 and only last year handed over the cellarmaster reins to his protegé Pierre de Klerk. I first met Pieter at a Robertson wine roadshow in Port Elizabeth back in 1998 and have been a huge fan ever since, both of his incredible wines and irrepressible enthusiasm for Methode Cap Classique (the term for wine made in South Africa according to the traditional French Champagne method). Cap Classique, like Champagne, is made from Chardonnay and Pinot Noir in a number of styles such as Blanc de Blanc, Blanc de Noir or rosé, and can range in sweetness from ultra-dry Zero Dosage to Brut and Demi-sec.

I recently created some recipes for Graham Beck to match with some of their sparkling wines and the wine I was most excited about matching was the Graham Beck Brut Rosé NV – a favourite of mine since the first time I tasted it.  The Brut Rosé is a blend of Chardonnay and Pinot Noir and is made by pressing whole bunches so as to ensure that the grapes are handled as little as possible and ensuring maximum purity of flavour before fermentation.  It is during transport to the winery that the light crushing of the bunches at the bottom of the containers creates an enzyme reaction to give the wine its wonderful smoked salmon pink colour. The two varietals are then fermented separately before being blended and bottled for second fermentation, where a long period of lees contact (around 15 months) provides a yeasty, biscuitty character reminiscent of Champagne. The finished product (12% alc, 9.8g residual sugar) is dry with a wonderfully delicate pink colour in the glass and a lively mousse. The palate is creamy with delicate flavours of strawberry and raspberry combined with a refreshing acidity and hints of minerality  – and of course, a fabulously fine mousse! To match the wine in both intensity and flavour (and colour!) I paired it with barbecued salmon and seasonal blood oranges – a wonderful match on all fronts.  If it’s not currently barbecue weather where you are, you can also oven-bake the salmon – but do try to find a local stockist for Graham Beck Brut Rosé! (At the time of writing, Majestic, North & South Wines and VINVM all had stock.)

DISCLOSURE:  I was paid for my time to create and photograph this recipe, and received a free sample of Graham Beck Brut Rosé.  I was not expected to write a positive review – all views are my own and I retain full editorial control. 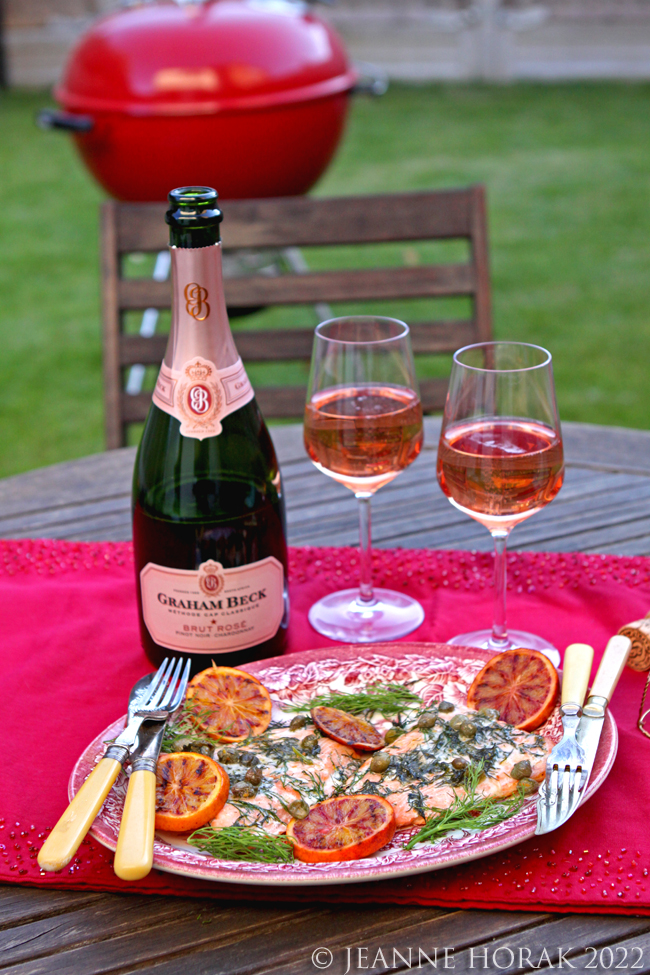 Why not try some of my other blood orange recipes as well:

Blood oranges, capers and dill pair perfectly with salmon in this recipe, with the delicious smokiness of the barbecue. Alternatively, you can also bake this dish in the oven. 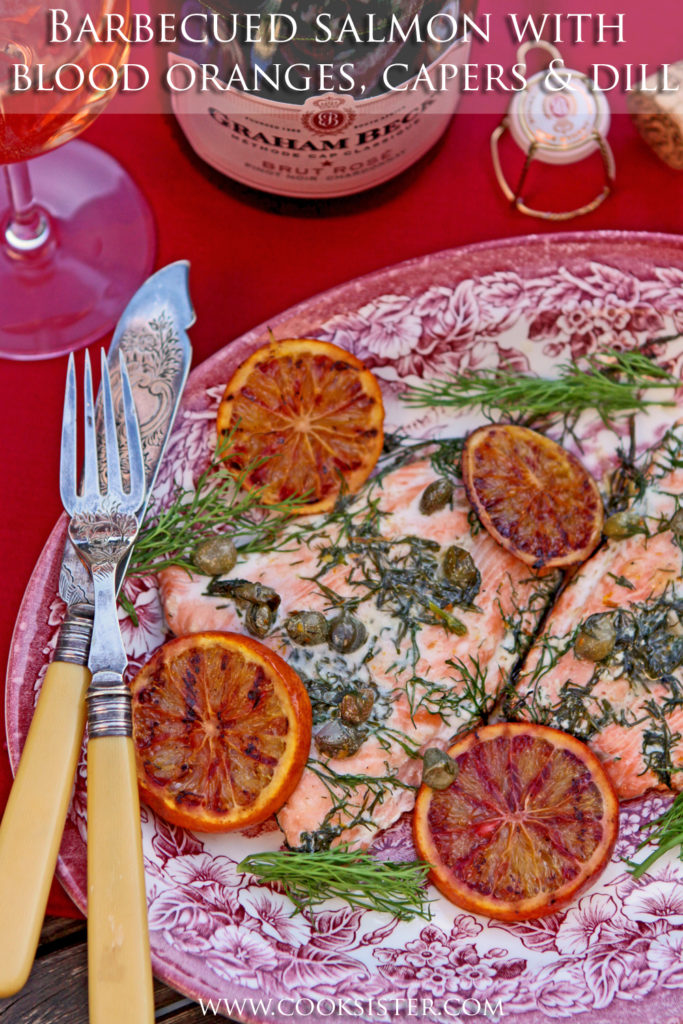