“The chains of habit are too weak to be felt until they are too strong to be broken.” So said Samuel Johnson and I’ve been pondering on his words a fair bit recently. Because, you see, they’re slippery things, habits. One day you wake up and realise that you have been eating the same breakfast, sitting in the same train carriage or sleeping on the same side of the bed for as long as you can remember and yet you never recall taking a conscious decision to form a habit to do any of these things. It’s a behaviour pattern that you slipped into without even noticing and now you can’t conceive of doing things differently. But try and consciously form a new habit (regular exercise, reading a book a month, drinking 8 glasses of water a day) and most of us will find it inexplicably difficult.

I’ve recently been reading an absorbing book on habits, called Better Than Before by Gretchen Rubin, author of another favourite book of mine, The Happiness Project. It asks the intriguing question of why we are so keen on habit forming – and the answer is that it simply makes life easier! If you are always in the habit of walking the same route to work it, it means that instead of concentrating on where you are going, your brain is freed up to think about other things, so it’s simply a matter of efficiency.  Once you have formed a habit of playing squash with a friend every Thursday night, then you needn’t expend any more energy or brain power on deciding what to do on a Thursday night, or deciding whether to go and play squash at all: no decisions are required, just observance of the habit.  Gretchen postulates that to successfully start a new habit, we need to formulate a strategy based on which of four personality types we fall into: Rebels (who despise routine and obligations and therefore actively avoid them); Questioners (who will only fulfil an obligation if they are provided with a good reason to do so); Obligers (who will fulfil external obligations that they made to other people but are less good at fulfilling internal commitments to themselves); and Upholders (who fulfil all internal and external obligations).

Knowing which group you fall into is key to how you should go about forming a new habit.  So, for example, if you are an Obliger, making a promise to yourself to go to the gym, 3 times a week unlikely to lead to a successful habit. But if you agree to go for a run with a friend three times a week, this habit is far more likely to stick because it involves an external obligation.  Of course, it is more complex than that – some people are more successful at slow, incremental changes that eventually form a habit while others prefer a eureka moment that leads them to make a drastic change in habits without a backward glance.  I have been pondering some bad habits lately (snoozing in front of the TV after dinner with the cats; going to bed too late) and wondering about how to ditch them and cultivate some good habits (exercising more than the current twice a week; getting more sleep in bed rather than on the sofa; a more regular blog posting schedule).  The former two have been seductively easy to slip into and the latter three have proved stubbornly hard to implement – but I am hoping with Gretchen’s help, I’ll get there.  What habits would you love to break or adopt? 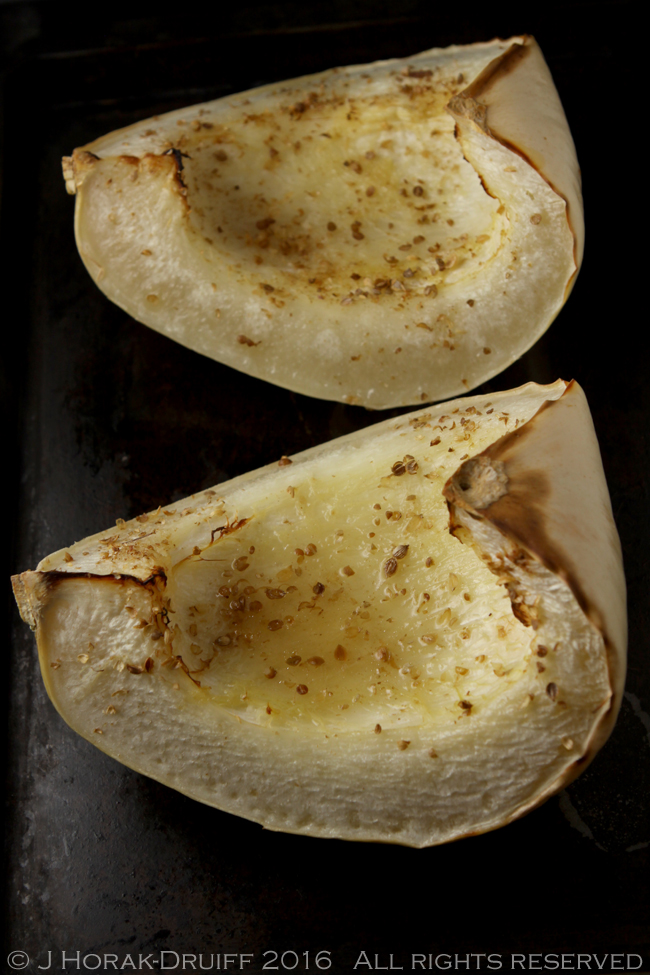 A habit that my better half seems unable to break is the habit of overplanting on his allotment.  Remember three years ago when he went against all conventional wisdom and planted eight (!) courgette plants? #CourgetteTsunami! And another year it was a glut of tomatoes which became all manner of sauces and chutneys. And then last year was the year of the spaghetti squash. I think he may have mixed up the seeds and thought he was planting a variety of gourds… but all we got were spaghetti squash.  Now, much as I love them, they are a little tricky.  Their stringiness and high water content makes them less than ideal for soups and roasting so I had to come up with a few creative idea to use them up. The most obvious is to stuff them with savoury mince (rather like my stuffed gem squash) but I have also made them into a delicious risotto. But lately, since I have been trying limit the starchy foods I have at dinnertime, I decided to try and use them instead of pasta in a mince bake that’s backed with hidden vegetables and topped with melted cheese.  Result! You can be a bit adventurous with the seasoning of the mince as the squash itself is not very flavourful, and the finished dish is proper comfort food, but without the starchy bulk of potatoes or pasta.  Definitely a habit I could get into 🙂 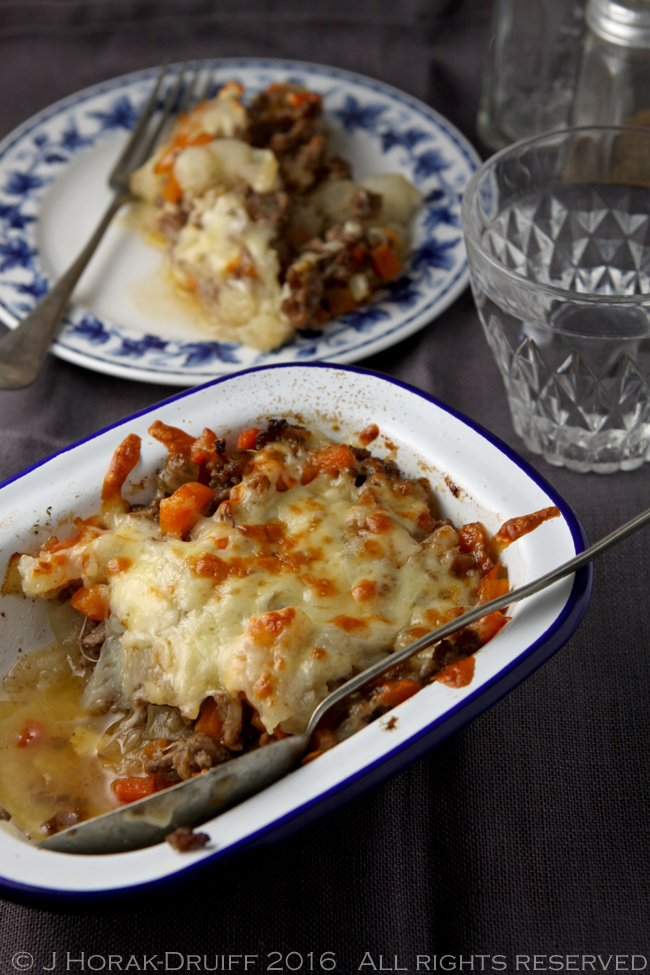 If you love squash as much as I do, check out these other squash recipes: