Type  the phrase “change is good” into Google and you will get a staggering 31 million results. The world is awash with motivational speakers, self-help books and management consultants who are constantly telling us that change is good; that resistance to change must be overcome at all costs; and that change is the one constant in human existence.  We cheer ourselves up with little sayings like “a change is as good as a holiday”. But if change is so damn wonderful, why do we have to spend so much time and effort talking about it, managing it and telling ourselves how wonderful it is?

The truth is that change is hard for most of us. I came across a wonderful metaphor recently, asking how you would feel if, just before leaving work for the day, you were told that every single traffic rule had changed while you had been at work.  The side of the road on which you drive had changed; red lights no longer meant stop, and all the speed limits had changed. How would that make you feel? Anxious? Stressed?  Fearful of what might happen on your journey home?  I’m sure most people would feel a mixture of all these things, rather than a thrill of excitement at the challenge of an entirely new driving system! And that is how most change hits us: out of the blue.  The late night phone call conveying the loss of a loved one. The call to the boss’s office that ends in redundancy. The dreaded phrase “we have to talk” from a partner. All of these things can change your life in an instant, and we are almost always ill-prepared for them. Just like with the traffic example, change brings uncertainty,  fear of the unknown and anxiety.  No wonder, then, that so many people are highly resistant to change. 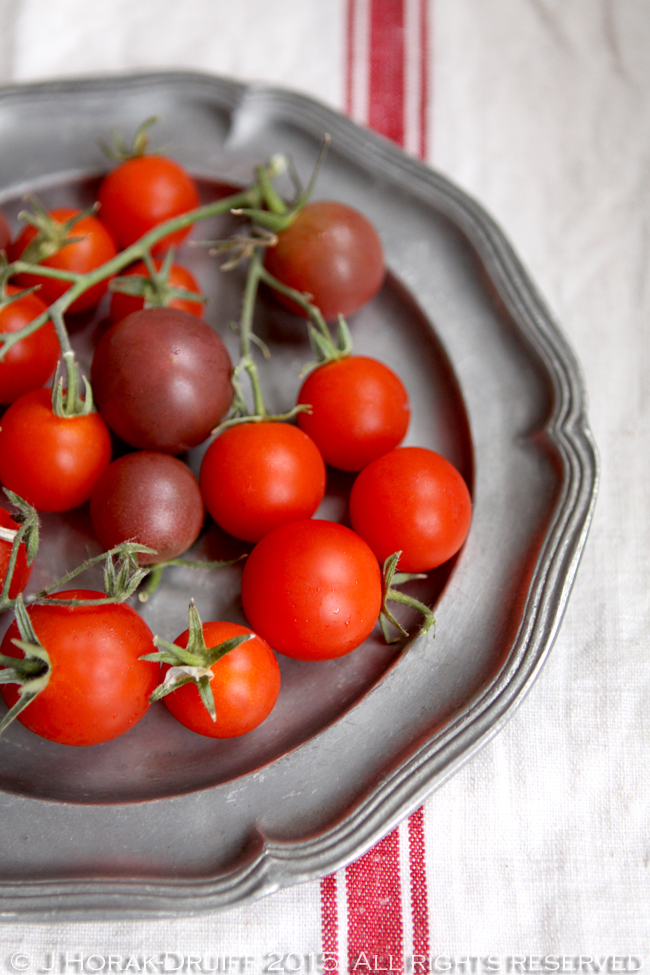 My father was a great example of this and loathed change for most of his adult life (I can only assume that he was a little different when he was younger, changing study directions, universities, cities and even wives!). When he found a restaurant that he liked, this instantly  became the ONLY restaurant that we could go to for family celebrations (because, as he liked to say, “at least you know what you’re going to get”).  He read the same newspapers for decades, despite  constantly deriding them as being “nothing more than rags”. He would eat the same foods for various meals (croissants on a Saturday morning; soup for dinner on Sunday) for decades. He also managed to live in the same house  for almost exactly 40 years until his death – an almost unheard of feat in an increasingly mobile generation – refusing to leave even after my mother was largely confined to a wheelchair and could not get up and down the many stairs unaided.  With the benefit of hindsight and adult eyes, I can see that his lifelong resistance to change was at best, comical and at worst, positively harmful. And yet… I can feel that same resistance to change inside myself, passed on to me by my father like his brown eyes.

Almost every big change I have made in my life has filled me with anxiety.  Every time I move house, (hint: not too often, given my resistance to change!) I spend the weeks before the move torturing myself by thinking of all the aspects of the old house that I love and how I will never be able to enjoy these things again when I move – and by extension, I will obviously never be happy anywhere else again. Every job change (again, not too many!) is accompanied by self-doubt and general misery.  And I remember spending the entire day before leaving South Africa for the UK back in 2000 weeping on the shoulders of  various friends and then crying on the phone to my mom all the way through passport control and security at Johannesburg International airport.  It’s a miracle I ever made the journey! I like to think that I have become less anti-change over the years but I still can’t say I love change or seek it out. But some changes can’t be avoided, including the inexorable progression of the seasons, particularly noticeable here in the UK when the end of October heralds the end of summer time and the advent of 15h30 sunsets. Summer lingered this year and up to three weeks ago we were still harvesting the last of the summer tomatoes from Nick’s greenhouse.  But just like that, the weather turned a little Arctic and suddenly summer salads were rather less appealing, so I had to think of another way to use the last of the summer produce. This colourful and flavour-packed dish is great for using up end-of-season cherry tomatoes that are perhaps squishily past their prime or a bit too thick-skinned.  It’s a perfect marriage of yielding tomatoes, still-crunchy beans, and an umami-rich dressing – and I guarantee it will make even the most change-resistant among you feel a little more cheerful about the changing of the seasons. 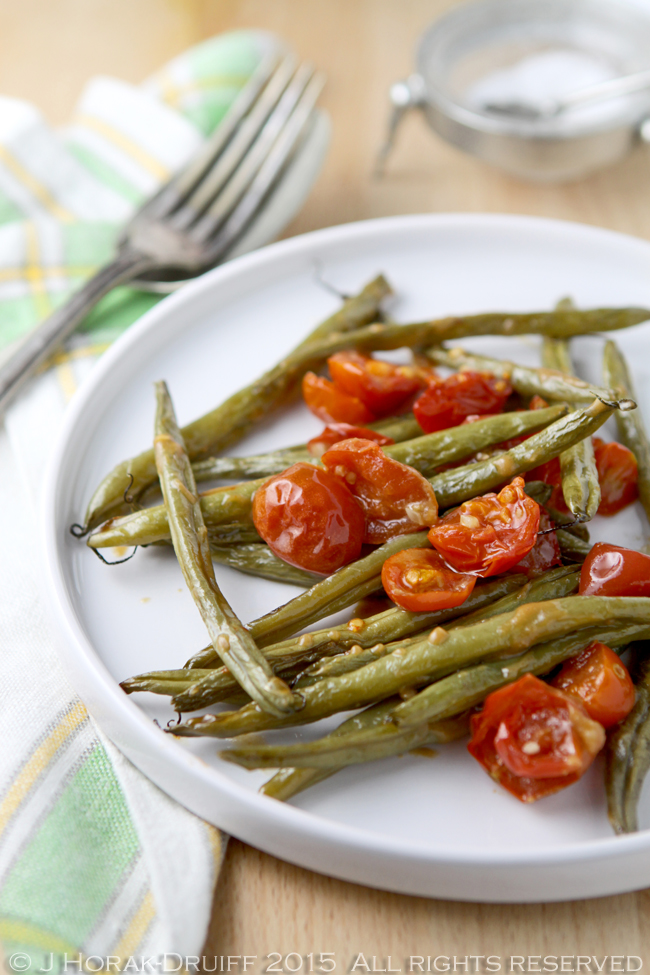 If you love French beans, you should also have a look at