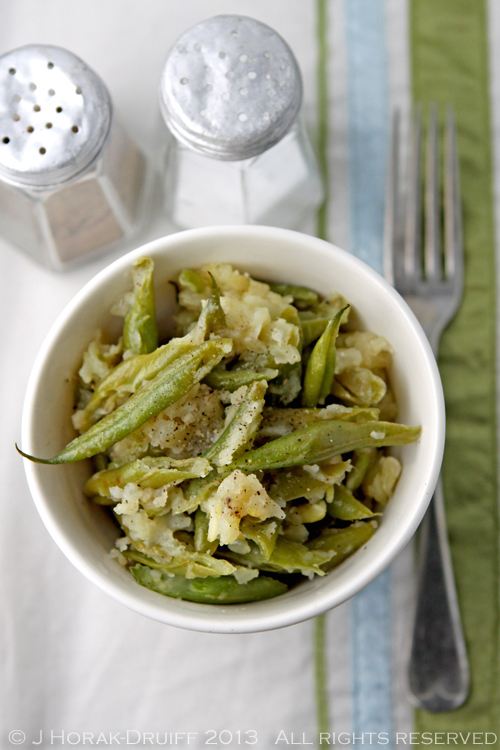 “Your cat likes to eat… what?”, said the teacher as she loomed over me, seemingly impossibly tall and alarmingly perplexed.  I wasn’t aware that I’d said anything particularly unusual but I was suddenly aware that all my classmates were now also looking at me.  “Umm… asparagus, Miss,” I repeated. “You know, the long white things in the tall tins that you put in salads?”.  The thin frown line between her eyes deepened momentarily, then relaxed as she broke into a kindly smile.  “Oh, you must have confused it with another tin.  Everybody knows cats don’t eat asparagus.” And with that she moved on to ask the next kid something special about their pet. She may have been right about the correct sequence of letters in the alphabet, or the two-times table but damn, was she ever wrong about the asparagus-loving cat!

The truth is that back in the late 1970s in Port Elizabeth, I had no idea that asparagus occurred in any other form except the pale, fat semi-rigid spears that came from tins, just as I was unaware that garlic came in any form other than dried, emasculated flakes. And even the tinned white asparagus that my parents loved so much was something of a novelty – none of my friends ever seemed to have them on the menu at their houses.  So who knows – maybe I grew up in an entire town of asparagus-fiend cats, but most of them just never got to try any and discover their obsession.  Smokey, however, learnt to love them at an early age.  Of our three cats, he was the only one who rushed forward the day my mom accidentally dropped a spear on the kitchen floor and he practically inhaled it.  We assumed he had swallowed it whole before realising it wasn’t actually chicken and that he wouldn’t make the same mistake twice – but we were wrong.  For the rest of his life, every time we opened a tin of asparagus, he would come bounding in from wherever he had been sleeping/climbing/scratching/hunting and beg so ferociously that you had no choice but to give him a spear.  It was his party trick.

When Nick found Rocket on his allotment earlier this year, a tiny ball of black fur with piercing amber eyes, and brought him home the first thing my friend Elizabeth asked was whether he liked green beans.  Her black cat has an obsession with them and she wondered whether this was a black cat “thing”.  I had my doubts – surely lightning would not strike twice?  But it seems that you can take the kitten out of the allotment but not the allotment out of the kitten.  Every bag of vegetables that Nick has brought in since Rocket’s arrival has been eagerly nosed open, prodded, sniffed and (usually) stolen from.  I was wondering why I was finding limp beet greens and spinach leaves in the conservatory… until I noticed Rocket tearing off leaves and furtively running off with them, to shred in private.  Mostly, though, he does not eat them, except when it comes to (you guessed it) the fat, crunchy dwarf beans that Nick grew on the allotment this summer.  Rocket will happily munch, crunch and swallow these before fixing you with his piercing amber gaze as if to say “keep the green crunchies coming, human!”. 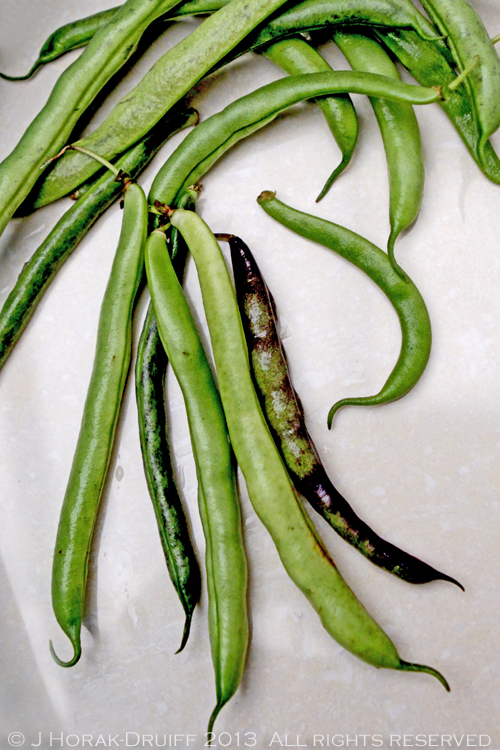 Fortunately, I managed to save a few beans (as seen in the pic above – all shapes and sizes, and both green and purple!) from his voracious appetite for this dish, which was always known in our house as “hot coleslaw” – a phrase coined by my younger brother. Let me say first off that the dish has nothing whatsoever to do with coleslaw.  It is in fact a dish properly known as  boereboontjies or, literally, farmer’s beans.  It consists of potatoes mashed together with green beans and onions and is served as an accompaniment to stews or roasts.  I have eaten it my entire life – my mom often made it at home and together with petit pois peas with butter it’s one of the few vegetable dishes I have always liked.  For some reason my brother decided that this combination of green beans, onions and potatoes reminded him of coleslaw and for years, that’s what it was called in our house.  One of the first meals I cooked in London when we were still sleeping on a friend’s floor consisted of  pork sausages with apple rings and boereboontjies.  You can imagine our friends’ puzzled looks when the “coleslaw” turned out to be nothing of the sort, but it is indicative of how much this dish reminds me of home.  When homesickness for another time, another place and another life grips me like a fever, this remains one of my failsafe comfort foods. Try it and you’ll understand why. 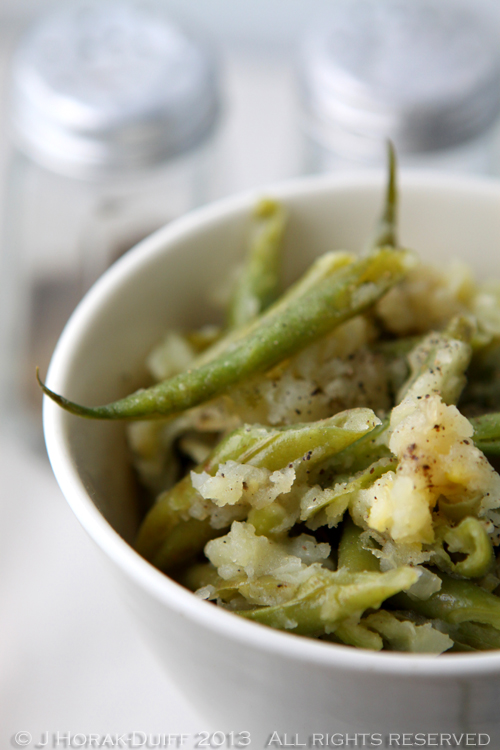