You are here: Home / Photography / A walking tour of Gothenburg 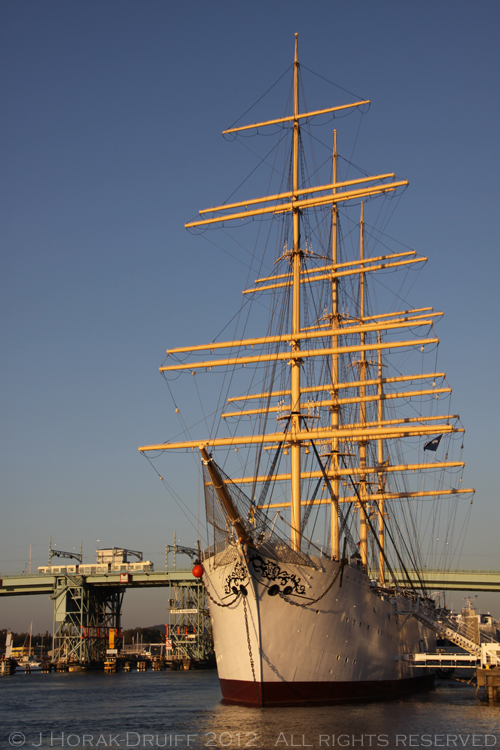 Our final day in Gothenburg got off to a leisurely start with a lie-in and a lovely breakfast at the Hotel Royal.  As Su-Lin and I had nothing in particular planned, and seeing as the rain had finally stopped, we decided to do a walk around Gothenburg to see some of the sights we had not yet got round to.  Gothenburg is an eminently walkable city, with most of the sights a tourist might want to see centred around the convenient spine of the Kungsportsavenyn or simply The Avenue.  The Avenue runs from Götaplatsen pretty much all the way down to the waterfront (although the street changes its name after the Kungsportsbron bridge) and a great way to start your walk is to take a tram up to Götaplatsen.  Here you can see the impressive 22ft sculpture of Poseidon which scandalised the locals with its anatomical correctness when it was erected (!) in 1931.  The square is surrounded by many of Gothenburg’s important public buildings including the civic theatre, concert hall and the Gothenburg Museum of Art which contains a good collection of Nordic art.  I loved the museum’s monumental Neo-classical style and graceful arches, as well as the lovely bronze sculptures surrounding it. 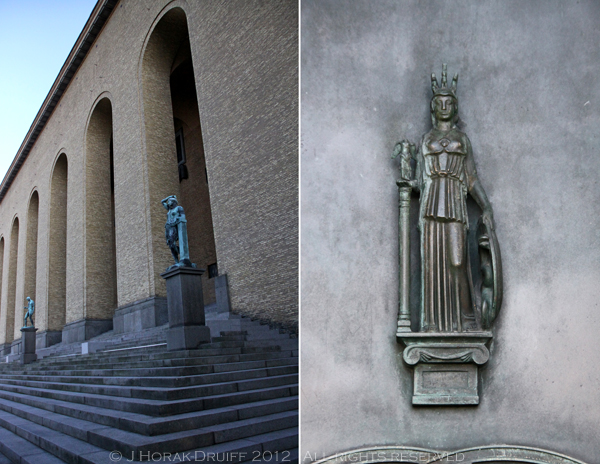 Once you have explored the square and its surroundings, take a walk down The Avenue itself, which is lined with shops, restaurants and coffee bars for the essential fika stops.  Shortly after you cross the Kungsportsbron bridge with its ornate copper lampposts, turn left into Vallgatan for more of Gothenburg’s best shopping streets.  Make sure also to look out for the Victoria Passagen, a beautiful covered arcade of homewear and design shops as well as branches of Flickorna Kanold and another branch of the lovely Da Matteo coffe shop that we had visited the day before.  From there, be sure to pay a visit to the Gothenburg Cathedral (Domkyrka) on nearby Västra Harmngatan.  This is the third church to be built on this site (the first two burnt down in 1721 and 1802 respectively) and is designed by Carl Wilhelm Carlberg in a restrained and elegant Neo-Classical style.  It was also the first church in Sweden to be fitted with central heating! 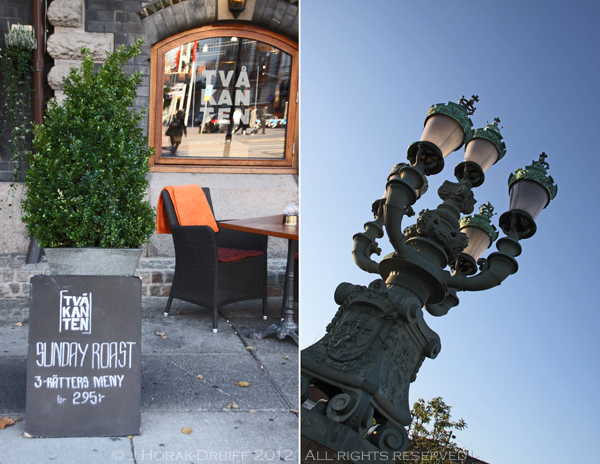 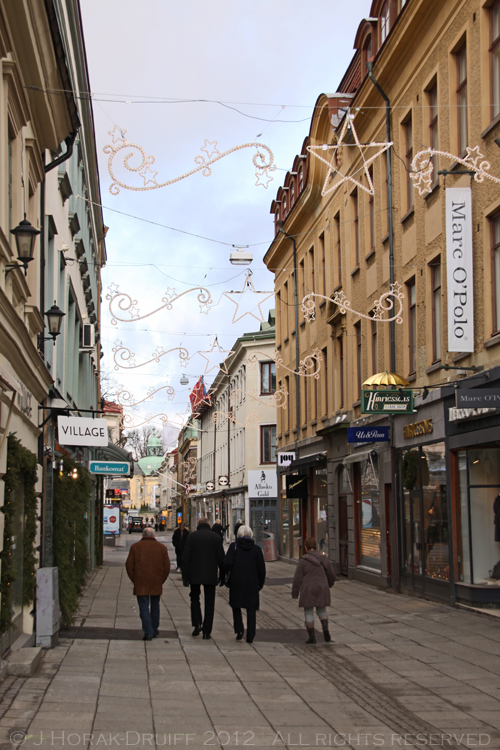 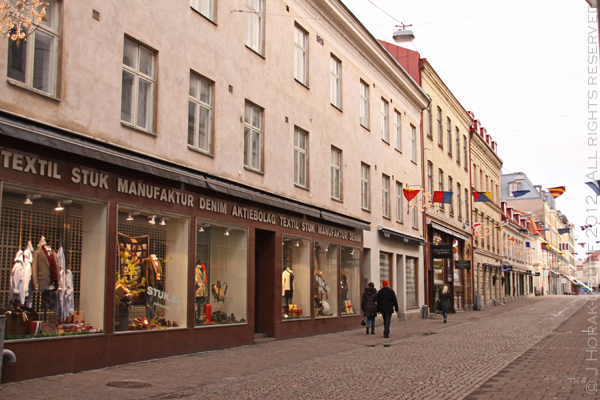 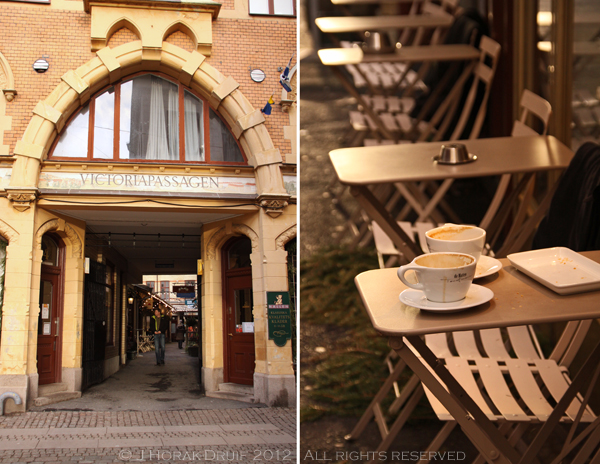 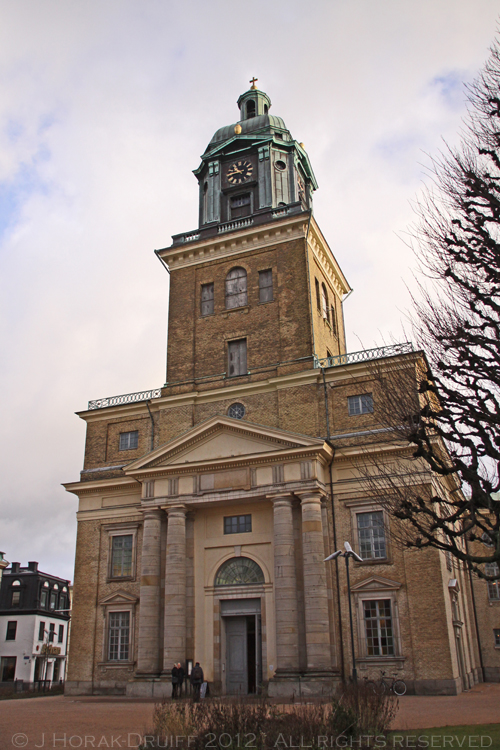 From there, head for the Stora Hamn Canal which you can criss-cross with a series of bridges, seeing a number of historic buildings along the way, until you end up at Gustaf Adolfs Square which is flanked by the town-hall and the law courts.  Across the road is Bruunsparken, a major transport hub through which most of Gothenburg’s trams pass – and just across the road from the park is Nordstan, a huge modern shopping centre which will delight shopaholics.  but closer to the water you will find the Lejonstrappe – steps that lead all the way down to the water and provide a great place to meet up with friends, read a book, or just sit back and enjoy the sunset.  When I visited in October, everyone seemed to be sitting down by the water’s edge to catch the last rays of the sun – even the lions! 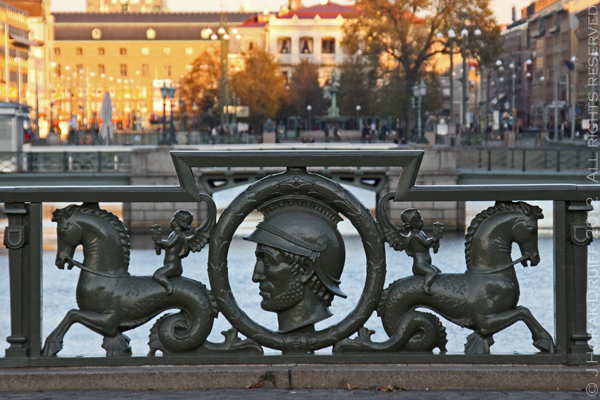 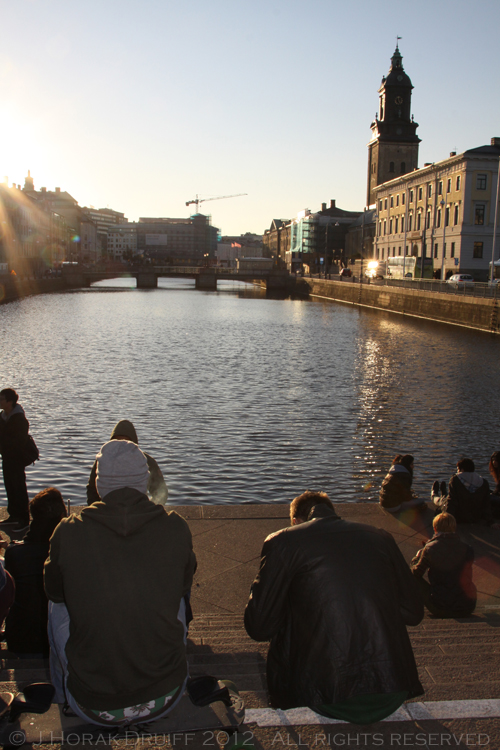 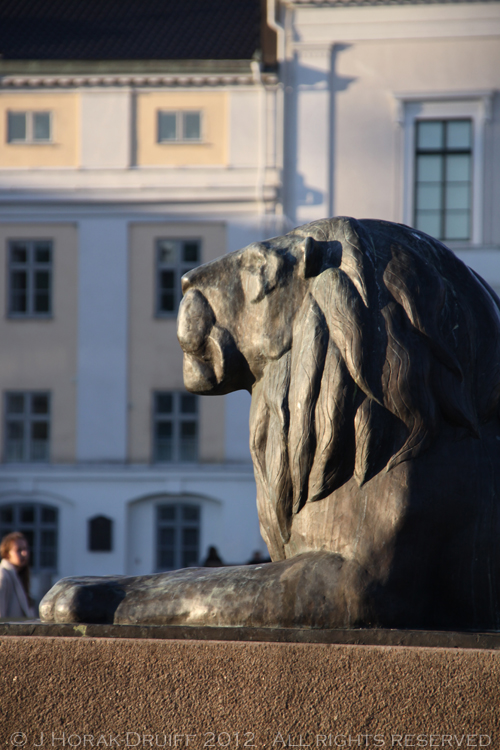 From there, continue your walk down Ost Hamngatan towards the waterfront.  As you approach the water, there are a number of landmarks that are hard to miss.  First up is the Wheel of Gothenburg, a 60 metre high ferris wheel with 42 capsules and a ride lasting 3-4 revolutions and 12-15 minutes, offering spectacular views of Gothenburg.  [The wheel opened here in May 2012 but in January 2012 it was dismantled and moved to Liseberg amusement park.]  To the left of the wheel is the Gothenburg Opera House.  Opened in 1994, it was designed by architect Jan Izikowitz who took inspiration from the maritime landscape surrounding the site:  silhouettes of ships, hulls, wind-filled sails, bridges and harbour cranes can be seen in the architecture of the building. Beside the opera house lies a yacht basin – look across it to get views of the Skanskaskrapan (literally the “Skanska scraper”), an 83 metre tall 23-floor post-modern building in red and white, affectionately known as the Lipstick Building.  You can’t miss the Viking, a four-masted steel barque built in 1906 by Burmeister & Wain in Copenhagen and reportedly the biggest sailing ship ever built in Scandinavia. After a seafaring career spanning 40 years, whe was die to be scrapped until the Swedish government saved her.  She came to Gothenburg permanently in 1950 as a home for various shipping organizations, later became a school of seamanship. and is today operated as the hotel Barken Viking. If you turn left for a stroll along the quay, you will also see many of the ships that form part of the exhibits of the Gothenburg Maritime Museum, representing centuries of Gothenburg’s proud maritime history – and great photo opportunities. And from there, it’s a short walk back to the bars and restaurants of The Avenue for a quick, restorative fika! 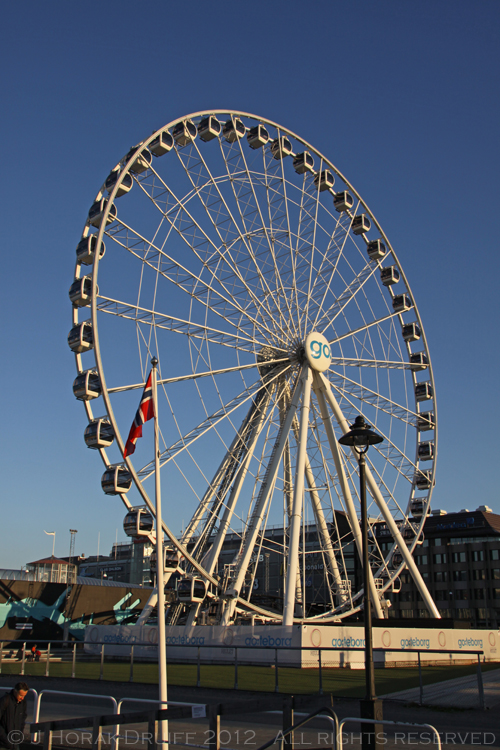 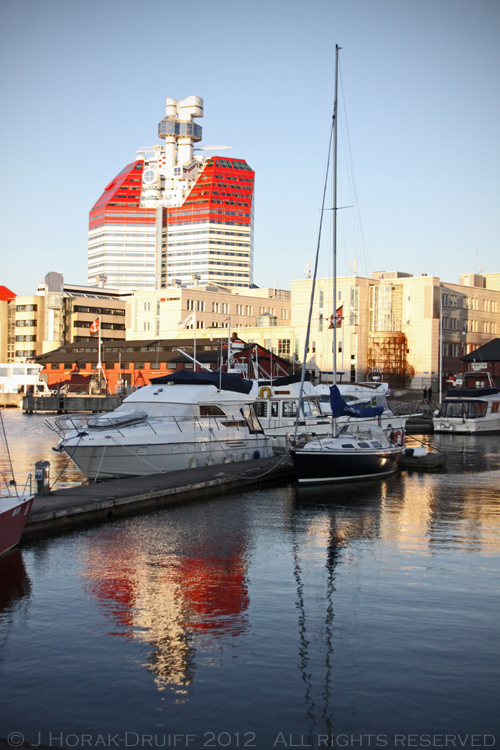 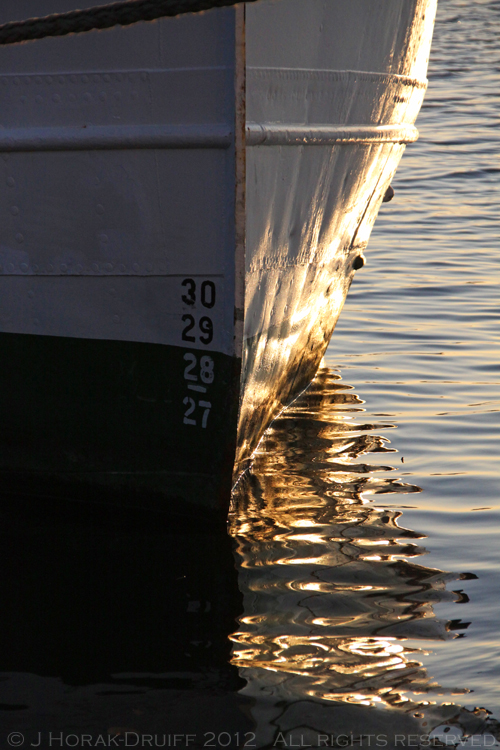 DISCLOSURE:  We travelled to Sweden as guests of the West Sweden Tourist Board, Visit Sweden and SAS.

Thank you again to the West Sweden Tourist Board (Facebook page, Twitter, Blog) and Visit Sweden (Facebook, Twitter) and also to the Gothenburg Tourist Board for organising this wonderful Christmas trip for us. Our flights were provided by SAS and a return trip to Gothenburg from London Heathrow is about £103 including all taxes and charges.  We stayed at the very lovely Hotel Royal in central Gothenburg where a single room costs about £140 per night.

For my previous travels to Sweden, please see my older posts (and full Flickr photo set):