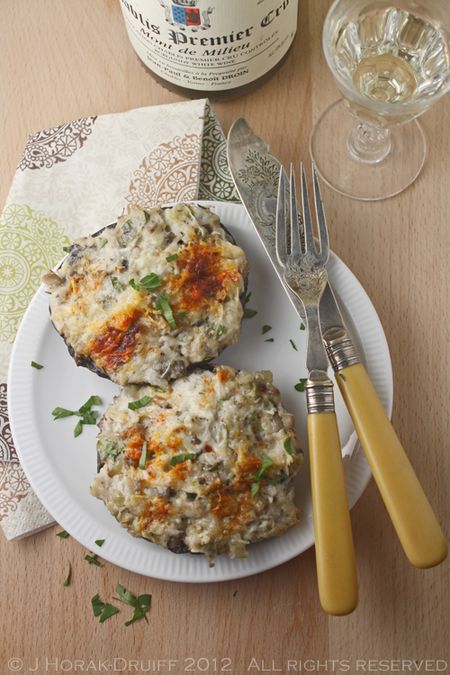 There are many advantages to having older parents, as I did.  But one of the downsides is that you are unlikely to have a long acquaintance with any of your grandparents.  At least two of my grandparents passed away before I was even born, and the other two lived pretty far away all my life, and I saw them only very infrequently.  The grandparent I got to know best was my Ouma Lallie – my dad’s mom, who was born in the late 1800s and must already have been well into her 70s by the time I was born.  She had been quite adventurous in her youth, having gone to college to study to be a music teacher at a time when most women aspired to nothing more than keeping a clean house and raising children.  But by the time I got to know her she was already getting a little frail and when she visited us she often took to her bed for the day, saying she was feeling poorly – but would eagerly devour a large helping of whatever meal we brought to her on a tray!  When the family ate together and my father offered her a pre-meal drink, she would always refuse and express her disapproval of such frivolities.  Instead, she insisted on drinking Appletiser.  That is, until my father one day decided to pour her a whisky and soda instead of Appletiser, watering it down just enough so that the colour was almost indistinguishable.  My brother and I were in on the joke and waited for the expected drama – but none ensued.  Ouma quietly finished the drink and then announced to us all: “That was the best Appletiser I have ever tasted!” I often think of this story when I encounter a member of the ABC brigade – those who declare that they will drink “anything but Chardonnay”.  “It’s too woody/fruity/alcoholic/rich/sweet blah blah blah” they say, before dismissing that section of the wine list in its entirety.  “OK then, would you prefer a Chablis?” I often ask.  “Oh yes – I love Chablis!” is often their answer.  At which point I need to excuse myself to go and howl with laughter in the ladies’ room, because Chablis is made of 100% Chardonnay grapes.  Unlike the New World where it is the norm to call your wine by the grape varieties it contains (a Cabernet/Shiraz blend; a Viognier; or indeed a Chardonnay), the Old World more often than not names its wines in such a way that you really have to read the fine print to see what grapes you are having.  So yes, I’m sorry all you ABC fanatics – you’ve been quaffing Chardonnay every time that you order a bottle of Chablis!

Chablis is a town and a wine-making area in Burgundy, Northern France, lying south of Paris and the Champagne region.  The area has been inhabited since the dawn of time, with remnants of a Neolithic settlement present, and wines have been made there since pre-Roman times. Two World Wars and the phylloxera epidemic could not daunt the area’s enthusiasm for winemaking and since the 1970s the wines of Chablis have enjoyed huge international popularity. Today, more than 300 vineyards in the region produce over close to 35 million bottles per year, almost all of it made from Chardonnay grapes. The cool climate of the region produces wines with more acidity and flavours but less fruity than Chardonnay wines grown in warmer climates, hence the fact that people struggle to equate Chablis wines with big, oaky, alcoholic New World Chardonnays.  Within the region of Chablis, winemakers choose to express and emphasise the wine’s flavours in many ways, and such differences can be put down to the differing amounts of sun that slopes of various orientations receive; the characteristics of a particular area of soil; or the amount of wood maturation that a winemaker selects. There are four different appellations or gradings of wine within the Chablis region, which reflect important differences in soil and slope, and hence differences in the quality of the wine.  At the top of the tree sit the seven officially designated Grand Cru areas, all lying on a single south-west facing hill above the town.  The orientation of the hill mean that they get a lot of sun, producing ripe grapes and wines with more alcohol and more intense flavours. Next come the 40 Premier Cru vineyards, whose wines in general contain at least half a degree less alcohol by volume and tend to have less intensity of flavour.  Below the Premier Crus comes the generic AOC Chablis designation into which most wines from the region fall, and which exhibits the most variability between producers and vintages. At the lowest end of the classification is Petit Chablis which includes wines from grapes grown on the outskirts of the region. I was recently invited to take part in a Chablis Challenge, the challenge being to come up with a creative recipe that provides a good match for Chablis wines.  As I’ve said before, I am a big fan of correctly matching food and wine, so of course I jumped at the chance.  Of the two bottles of Chablis that were delivered to me, I selected the 2008 Mont de Milieu Chablis Premier Cru to pair with a dish.  But before we get to that, here are my tasting notes on the wine.  In the glass, it has a lovely sparkling, clear lemon yellow colour and a nose of lightly toasty aromas, some bright notes of citrus and yellow plums, and a hint of butterscotch.  The palate is quite sharp initially –  more so than the nose suggests.  You can definitely taste the lemons and grapefruits that the nose hinted at with some minerality and well-integrated wood that gives it structure.  It’s a meduim-bodied wine but has a very long and lingering finish.  I debated extensively what food to make to match it.  Seafood is a classic white wine pairing, but the acidity of a Chablis means it can stand up to creamy sauces and is especially good with mushrooms – so why not combine the two?  The result was these portobello mushrooms stuffed with a creamy crab mixture.  To me, one of the most amazing things about French wines is how they change when you drink them with food, so I re-tasted the wine after I had eaten some of my food.  The mushrooms took the edge right off the wine’s acidity and brought out more of the flavour of tart yellow plums and emphasised the butterscotch notes that I smelt on the nose.  The acidity means that even the creamy crab and the muskiness of the portobellos do not overwhelm the wine – if anything it is improved by the addition of the right food.

I also can’t recommend these mushrooms enough as a fabulous dinner party starter.  They look totally decadent but are really simple to make, and you can make them hours before your guests arrive and refrigerate, ready to be cooked.   The mushrooms soak up the flavours of the filling like sponges, and the paprika adds a lovely zing to the sweet crab. Serve them hot out of the oven with some green salad and crusty bread to mop up the juices – and of course a nicely chilled bottle of Chablis!

DISCLOSURE:  I was sent two free bottles of Chablis by the Bureau Interprofessionel de Vins de Bourgogne to enable me to take part in this challenge. Thanks for allowing me to participate. Did you miss our our super-successful  Tuscany Plate to Page workshop last October? Well, registrations are open for Plate to Page Somerset to be held in the UK in Spring 2012!  Have a look at the programme (I’ll be teaching food writing), details about  accommodation, and if it looks like something you’d like to attend, register here – but hurry: places are limited to 12. It would be great to see you there!

« A walking tour of Gothenburg
The Balcon with Donald Russell »