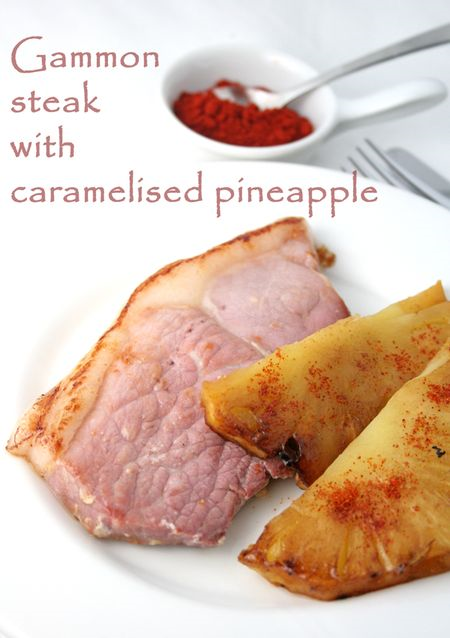 What is it about the retro food of the 1970s that is so appealing?

Is it a generational thing?  Am I only nostalgic for 1970s foods because I was growing up then, and do other generations miss the food of other decades? Or is it the sheer “guilty pleasure” appeal of digging into things like avocado Ritz, chicken liver paté, chicken a la king, cherries jubilee or baked Alaska? You know they are uncool, but they just taste so damn goooood!

Either way, there is great amusement to be had by leafing through my mom’s classic 1970s cookbook Entertaining by Robert Carrier, but also great satisfaction in taking a slightly naff, retro 1970s dish and giving it a little makeover.  I have always been a fan of sweet and savoury flavours in a single dish, starting with my childhood habit of spreading one slice of bread with apricot jam and the other with Bovril (a salty beef spread) and making a sandwich; and developing into a mild obsession with salted butter caramel anything.  At Christmas, when my mom made a roast gammon, I was always happiest munching on a combination of the salty, smoky meat and some sweet pineapple chunks that had been used to decorate the glazed gammon.  But despite my love for this flavour combination, I never could bring myself at other times of the year to make or order a gammon steak with a slice of tinned pineapple on top.  It just seemed somehow fundamentally… wrong. And since coming to the UK, I have also discovered that it is hard to find good gammon steaks in supermarkets.  Sure, you get them, but they seem kind of… weird.  Too thin, too unnaturally all-the-same-shape – and when you cook them all this ghastly white goo oozes out.  Lovely.  So I was rather pleased when the good folks at Pipers Farm got in touch and asked whether I would like to sample some of their gammon steaks.  Silly question!  The steaks were duly delivered to my desk, really well-packaged and still chilled.  The first thing that struck me was how real the steak looked – not re-formed and odd; and the second thing was the packaging:  each steak is individually vacuum packed which is a bonus for saddos like me that tend to freeze steaks/chops/chicken breasts in clingfilmed parcels of two – just enough for me and Nick.

Peter and Henrietta Greig are farmers and butchers based at Pipers Farm in Cullompton near Exeter and produce a variety of excellent fresh meat and ready-cooked dishes. And with over 20 years’ farming experience, they know a thing or two about raising happy animals to make excellent meat.  All the meat that they sell or use is produced on the farm and is completely traceable. The animals are reared in small groups and are fed grass and cereals, and high welfare standards are adhered to.  The meat is processed in a small, local abattoir which minimises transport and distress. And I believe them when they say that you can taste the difference in the meat! Apart from a range of fresh meat products (roasts, sausages and steaks, to name but a few), there are also prepared meals available either through their Exeter butchers shop, or online via the Pipers Farm website (they will ship throughout the UK).

And the verdict?  A huge thumbs up to Pipers Farm from me!  The steaks had a good meaty texture, just enough fat, and were not overly salty (as gammon goes).  I would definitely order these again and am now tempted to try some of their other goodies.   And as for the combination of the meat with the caramelised spicy pineapple slices… oh my.  Even my usually reserved husband interrupted his chewing to tell me how good the combination is – so I guess they were on to something in the 1970s.  I’m off to put on my corduroy flares and tie-dyed T-shirt 🙂

If you like the sound of this recipe, why not try… Remove the gammon steaks from their packaging and soak in cold water for half an hour – this gets rid of excess salt.  When ready to cook them, rinse the steaks and pat dry.

While the steaks are soaking, prepare the pineapple. Cut the spiky top off as well as the woody bit of the base.  Stand the pineapple upright on a chopping board and working in sections, slice off the thick skin from top to bottom with a sharp knife.  Don’t slice off too much skin otherwise you lose too  much of the fruit! There will probably be little brown spines left in the centre of each “segment” after you have peeled the pineapple – remove these by cutting a little cone around them with the tip of a sharp knife.

Lay the peeled fruit on its side and slice into rings about 0.5cm wide.  Heat about a teaspoon of butter and a teaspoon of sugar in a frying pan over medium-high heat.  Once the sugar has melted and the pan is bubbling, add the pineapple slices in a single layer (work in batches – you might have to add more butter and sugar between each batch).  Fry for about 2 minutes on each side, until the slices are nicely caramelised.  As you remove each slice from the pan, sprinkle with a little cayenne pepper. Keep the pineapple warm while you cook the steaks.

Melt a little butter in the pan (I used the same non-stick one as for the pineapple) and fry the steaks over medium-high heat for about 4 minutes per side until done.

Serve the steaks with the pineapple slices and creamy mashed potato.

Nominations are now open for the 2010 South African Blog Awards.  I would REALLY appreciate it if you would take a few moments to click on the link below and nominate me in the categories Best Food & Wine blog and Best Overseas Blog.  Only the blogs with the most nominations go through to be finalists, so every nomination counts!! Pretty please with chocolate sprinkles?  Thanks ever so much 🙂