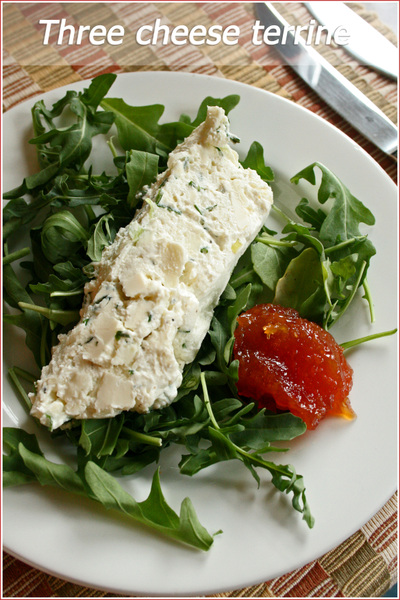 As I have told you all ad nauseam, I spent my Christmas skiing in Andorra.

No, I haven’t blogged it yet, nor have I blogged my first trip in March last year, which generally isn’t a big issue (because I have sworn off blog guilt his year!!).  But is it a bit of a pain when I want to refer to something I noticed during the week and I can’t just link to the previous post to give you background!

So I’ll have to fill you in manually…

The hotel we stay at is very much the norm in Andorra – a huge and not particularly character-filled building populated mainly by people like me on one week ski packages.  The accommodation is nearly always half-board by default and in many of the hotels, dinner is always a buffet.  Having grown up on Southern Sun hotel buffets as a child (we nearly always holidayed at their hotels), I don’t particularly mind buffets.  Some people seem to shudder at the very word and I know that buffet sometimes is shorthand for lazy or sloppy cooking, but a good buffet is a thing of beauty.  And I think our hotel is pretty good in the buffet department: the dishes are replaced often enopugh that nothing looks too mangled; there is a huge selection of dishes; and there isn’t too much obvious recycling of leftovers going on.

With one exception.  There was one section of the buffet, the end of the table bearing cold dishes and desserts, facing the grill, that seemed to be eternally reserved for a smorgasbord of inventive leftover uses.  And in particular, some chef in the recesses of the cavernous kitchen had a flair for terrines.  Leftover carrot salad?  Watch out for the creamy yellow carrot terrine tomorrow night.  Caprese left uneaten?  Spot the Mediterranean terrine.  Leftover roast?  Behold my lovely meat terrine, complete with hard-boiled egg in the centre!  Each plate of fanned terrine slices was a thing of beauty and I longed to tell him that his inventive frugality appealed to me immensely. And nobody who has mastered the art of the terrine ever needs to throw away any leftover food, it seems.

I wish I could say that I was as noble in my use of leftovers when making my dish for this months’ edition of Waiter There’s Something in My (the themed monthly cooking event hosted in rotation by me, Johanna and Andrew). Johanna was wavering between a choice of themes and finally went for terrines and I have to say, I was not exactly jumping for joy.  I have attempted terrines on two previous occasions:  my roasted pepper and ricotta terrine looked lovely but totally fell apart on slicing.  And my summer fruit and sparkling wine terrine didn’t even look that lovely!  I pictured jewel-like berries in a clear pink jelly, but got a nasty opaque pink jelly that tasted OK but looked vaguely medicinal and had the consistency of a squash ball.  Bah. So this time I thought I’d keep it very very simple and make a terrine that seemed fairly flop-proof and preferably didn’t have layers that had to stick together through the onslaught of the knife.  I was having guests for lunch and although serving up a disappointing dish to my husband doesn’t faze him, I certainly didn’t want to present my kitchen calamity to guests! So I opted for adapting a recipe from stalwart Delia and I have to say, if you have any worries about your consumption of saturated fat, this one is NOT for you! Three cheeses, double cream and mayo – woo hoo, hear those arteries slamming shut!  It also calls for gelatine, which is not an ingredient I’m overly familiar with.  In the end, it was fairly simple to deal with according to the instructions, but I must say it did give me a fright once or twice by hardening up when I didn’t expect it to.  Don’t worry though – just return it to its hot water bath and it can be re-liquified.

The finished product was really delicious and didn’t taste nearly as rich as the ingredients suggested.  My only criticism would be that the pressure of the knife when slicing it flattened it a bit, so the slices ended up being long and thin, rather than square, but the taste was fabulous.  I served mine on a bed of rocket and accompanied by a spoonful of a wonderful butternut and chile jam that I brought back from South Africa (if it’s still available at Woolworths, those of you living in SA should rush out and get some – it’s the perfect partner for cheese!).

Lightly oil a 450g loaf tin (15 x 9.5 x 7 cm) with canola oil.  Line the tin with a large piece of clingfilm, big enough to cover all sides of the tin with enough hanging over the sides to fold over and cover the tin once the terrine has been poured in.

Sprinkle the gelatine powder into a cup or basin containing 2-3 tablespoons of water. Stir, and when the gelatine has soaked up the liquid, place the bowl or cup in a pan of barely simmering water and leave until the gelatine has dissolved completely and turned transparent. If you are unsure, dip a teaspoon in, turn it over and you will clearly see if there are any undissolved granules.

Prepare the cheeses.  Dice the Mozzarella and blue cheese into 5 mm cubes and mix.  Blend the ricotta, mayonnaise and lemon juice together until absolutely smooth. Whip up the double cream until it has thickened to the floppy peak stage – but don’t let it get to the stiff peak stage!

Add the ricotta to the dissolved gelatine (make sure it is still liquid before you attempt this!) and stir really well so as to distribute the gelatine evenly, then add the diced Mozzarella and blue cheese, spring onions, herbs and a good seasoning of salt and freshly milled black pepper.

Fold in the cream and turn the mixture into the prepared tin – work fast or the terrine will begin to set!  Make sure the mix is evenly distributed so that the terrine will have a flat base when it is turned out, then fold over the bits of clingfilm hanging over the sides so as to cover the terrine.  Chill in the fridge for several hours (preferably overnight) till firmly set.

To turn out the terrine, unwrap the clingflim from the top of the loaf tin and tug gently upwards to loosen the terrine.  Invert the loaf tin on to a serving plate and remove the tin while holding down the clingfilm – the terrine should slip out easily.  Serve the terrine in slices on a bed of rocket, preferably with a tangy preserve such as mostarda or chile jam.

As I mentioned, this post is my entry into this month’s WTSIM.  You still have until 31 January to get those terrines in and frankly, if I can make one, anyone can.  Check out Johanna’s post for details on how to enter.