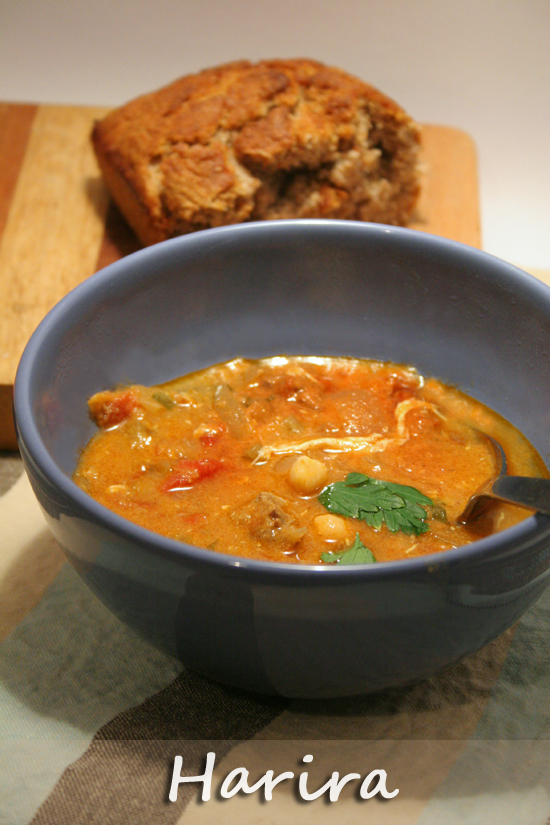 As I have mentioned before, nothing will endear you to me faster than cooking for me.  Much as I love cooking, there is something so wonderful about coming home from a long day at work, letting yourself into your front door to escape the frosty night outside… and being greeted by the rich scents of a meal cooked with love.

And that’s exactly what I came home to last week.

You see, my dear friend Paul had called me on Monday from Luxembourg to announce that he was at the airport en route to London to visit me.  You can probably gather that he’s not one for meticulous months-in-advance planning, and luckily I’ve known him long enough always to have clean sheets on the guest room bed.  Incidentally, a bed that he talks to and threatens to pack and take with him in his suitcase.  He really loves that bed.

Paul actually has a long history of cooking for me, starting when he moved into his new house in 1996, literally down the road from where I worked.  This set the scene for many a dinner on the patio after work and many a Friday night spent around his table entertaining guests (bringng a Mystery Guest was always encouraged…) while the Pet Shop Boys played in the background.

The menu at Paul’s table went through phases.  For a long time, you knew what you were going to get:  butternut soup followed by spaghetti Bolognese with a big green salad, which I was always in charge of making.  The butternut soup got to be famous enough that guests would demand it when they came round – I know I did!  This menu segued into the winter soup buffet – grab a bowl and serve yourself from the three big pots bubbling on the stove:  butternut soup, pea soup and Hungarian goulash heavy with paprika.  And then in summer, he would do a beef fillet on the braai while I did the salad and our friend Cherie supplied the potato bake.  And then there would be Paul’s boozy Cape brandy pudding to follow.  Wildly varied and adventurous it may not have been, but those were without a doubt consistently the best dinner parties I have been to.

These days, Paul has extended his repertoire somewhat, and every time he comes to stay he makes something different.  As a pilot, he eats all kinds of interesting stuff all over the world and he has taken to bringing back recipes to recreate some of these dishes at home – and sometimes at my home.  Recently, he has been flying all over the Middle-East, including Riyadh.  Which is all fine and well… unless it is Ramadan and you are a starving non-Muslim pilot! Ramadan is the Muslim holy month of fasting, where no food or water is consumed from sunrise to sunset, and even though visitors are not bound by the custom, most restaurants are closed and it is considered very impolite to eat or drink in sight of those fasting.  Clearly, exceptions are made for the elderly, the ill and pregnant women – and, it appears, pilots flying large hunks of metal through the sky.  A wise move, if you ask me.  So when Paul and his fellow crewmembers recently landed at Riyadh during Ramadan, tired and hungry, they were thrilled to hear that some food would be brought to the plane for them.  Large pots were carried carefully on board and, out of sight of the rest of the fasting population, they were served bowls of steaming, fragrant soup.  He texted me immediately to tell me “Have just had best soup in the world.  Learn to make harira at once!”.  Can you tell he’s used to being in charge?!

Harira originated in Morocco, but versions of it are served throughout the Muslim world.  It is a hearty soup full of vegetables, lamb, pulses and spices and is as complete a meal in a bowl as you could wish for – which is ideal when this is your first meal since sunrise!  So having raved about it, when Paul visited last week he insisted on making it for me.  Which is how I came home to the wonderful smells of Morocco in my suburban London house.

Don’t you just love your friends? Place the lamb, ground spices, butter, celery, onion, and cilantro into a large soup pot over a low heat. Heat while stirring frequently for 5 minutes.  Drain the tinned  tomatoes, reserving the juice, and add them to the mixture.  Allow to simmer for 15 minutes.

Add the tomato juice, water and the lentils into the pot. Bring the mixture to a boil, then reduce the heat to simmer. Let soup simmer, covered, for at least 2 hours.

About 10 minutes before serving, turn the heat to medium-high, and add the chickpeas and noodles to the soup.  Allow to cook for about a further 10 minutes (until noodles are al dente).

Beat together the eggs and half the lemon juice.  While the soup is simmering, stir the lemon egg mix into the soup with a long wooden spoon. Continue stirring slowly, to create long strands of egg and to thicken the soup. Check for seasoning and add salt to taste. Ladle the soup into bowls, dust with cinnamon (optional) and garnish with cilantro leaves.  Serve the rest of the lemon juice in a little bowl alongside the soup for guests to add to their soup if they wish.

NOTES:
This recipe is a combination of various similar harira recipes that Paul found on the Web.  The amount of cayenne pepper has been increased as we didn’t think the soup had enough of a balancing bite – you may want to increase it even further.  I also added quite a lot of salt to mine. The bread you can see in the background of these shots is Paul’s super-easy wholewheat beer bread, and I’ll have to get the recipe from him to post about it – it’s absolutely addictive.

Because it is so full of vegetables and liberally laced with cilantro leaves, this recipe is also my entry into this week’s Weekend Herb Blogging, kindly hosted by Truffle from What’s on My Plate.