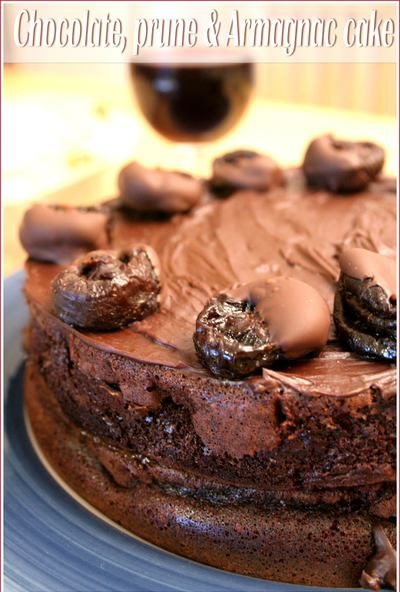 Being a food blogger affects your life in a number of ways.  One day you wake up and find that:

*  you haven’t used your telephoto lens in six months because you are always taking photos of food with your macro;

*  you realise that all your holidays for the past year have been planned around restaurants and their opening times;

*  eating food without first photographing it makes you feel vaguely nauseous with worry.  What if I run out of things to post and THIS is the only dish that can break the drought?!;

*  you turn down an invitation to a fab new restaurant because you don’t have your camera with you; and

*  your friends become nervous about having you round for a meal.

Now most of these side effects I don’t mind.  So what, Mr Neighbouring-Diner-At-Posh-Restaurant,  if I photograph my food?  You can roll your eyes all the way back in your head, buddy, I really don’t care!  But I do mind the last one.

You see, as much as I love cooking, I love it even more when somebody invites me into their home and makes food for me.  It is one of the kindest things one human can do for another, as far as I’m concerned, and the last thing I’m about to do is write restaurant-style reviews of their food on my blog!  Or take photos and use them in a “how not to” photo essay.  Or just make condescending remarks and give them hints on how they can improve their cooking.  Nope, cook for me and you’ll have a friend for life, and the only reason why you’ll appear on my blog is because you made me food that I wish I had been able to make myself.

One of my brave friends who probably has me around for meals more than any other (except Johanna, and I’m not counting her as she is a fellow food blogger!) is Olwen, and last weekend we had the pleasure of having lunch at her house.  As usual, we arrived early, left late, and in between there was a lot of laughter, animated debate, delicious food and copious amounts of red wine.  I couldn’t think of a nicer way to spend a wintry afternoon, really.  And at the end of the meal, Olwen produced the piece d’resistance pictured here.  The recipe is Delia’s, but the love and care with which it was made was all Olwen’s, and I’m sure that’s why it tasted so damn good 🙂

Place the egg whites in a large, clean, grease-free bowl. Put the yolks in another bowl, along with the sugar, and whisk them until they just begin to turn pale and thicken – be careful not to thicken them too much; they need approximately 3 minutes’ whisking. After that, gently fold in the sifted cocoa powder.

With a clean whisk, beat the egg whites until stiff but not too dry.  Using a metal spoon, fold a heaped tablespoon of the egg white into the chocolate mixture to loosen it up a little, then carefully and gently fold in the rest of the egg white, slowly and patiently trying not to lose any air.

Divide the mixture equally between the prepared sandwich tins and bake near the centre of the oven for 15 minutes. They won’t appear to be cooked exactly, just set and slightly puffy and springy in the centre, so when they’re taken out of the oven they will shrink (but that’s normal, so don’t panic). Leave the cakes to cool on a rack in their tins, then slide a palette knife around the edges, gently invert them on to a board and carefully strip off the base papers.

To make the filling for the cake, first of all set aside 10-12 of the largest prunes, then place the rest, plus any remaining soaking liquid, in a food processor, along with the crème fraîche, and whiz to a purée.

For the chocolate topping, place the broken-up pieces of chocolate in a large heatproof bowl, which should be sitting over a saucepan of barely simmering water, making sure the bowl doesn’t touch the water. Keeping the heat at its lowest, allow the chocolate to melt slowly – it should take about 5 minutes to become smooth and glossy. Then remove it from the heat and give it a good stir, then let the chocolate cool for 2-3 minutes.

Take each one of the reserved prunes and dip it into the melted chocolate so that half of each one gets covered. As you do this place them on a sheet of parchment paper to set. When all the prunes are done, stir the crème fraîche into the chocolate, then use this mixture to cover the surface of the cake.

Spread it over carefully with a palette knife, making ridges with the knife as you go. Decorate the cake with the chocolate prunes. Cover the whole thing with an upturned, suitably sized bowl or cake dome, and keep it in the fridge until about an hour before you need it.

Because the cake is flourless, it is good for coeliac guests, but apart from that it has a wonderful texture – not so much cakey as almost mousse-y.  The Armagnac-soaked prunes mean that the cake is never too sweet and has a very definite grown-up feel to it, and it does look spectacular when it arrives at the table.  I don’t think it needs to be served with anything, but if you insist, I would serve it with a little creme fraiche.