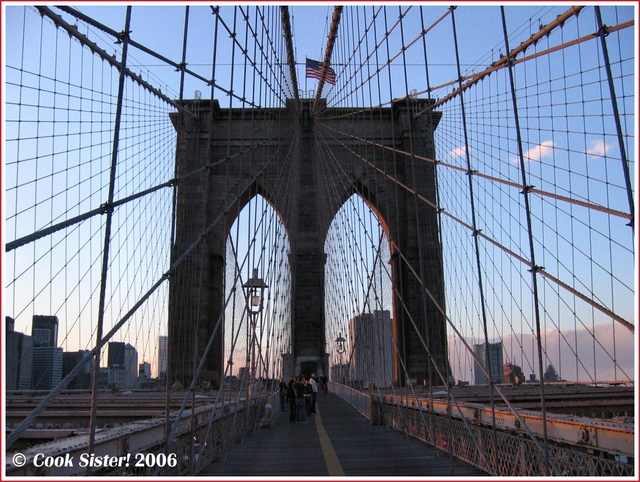 New York, to that tall skyline I come
Flying in from London to your door     –      Simon & Garfunkel

From when I was about 12 years old right through high school, I had a poster on my bedroom wall depicting a sunset view of lower Manhattan, taken from Brooklyn, with the glorious silhouette of the Brooklyn Bridge in the foreground.  For most of my teenage years, visiting New York (along with visiting London) was somewhat of a Holy Grail to me.  Once I’d been there, I’d be A Grown-Up.  Well-Travelled.  A Woman of the World.  In 1997 I finally realised this ambition when I had a 2-day stopover in NYC at the end of an action-packed trip to the wilds of Wisconsin for the Oshkosh EAA Airventure. But all that did was whet my appetite – I wanted another bite of the Big Apple. 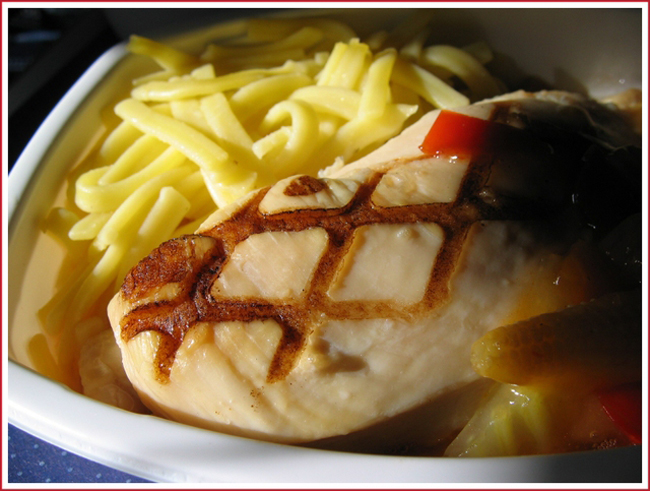 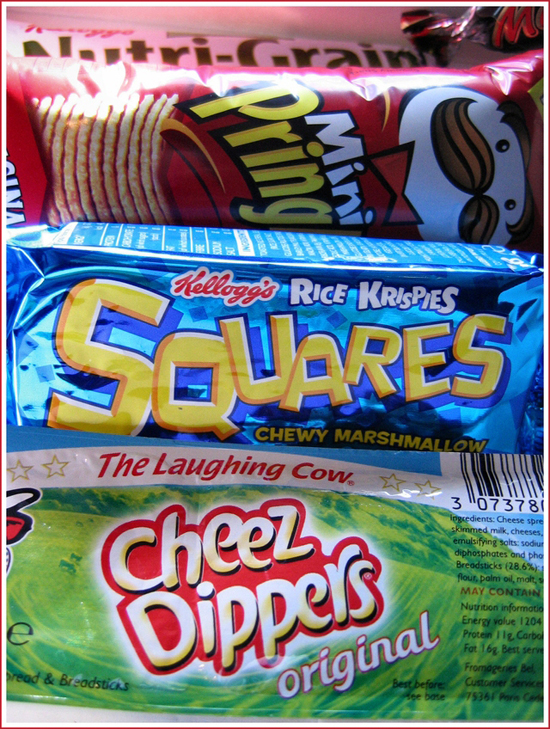 Which is how I found myself at 37,000 feet one Saturday   about a month ago, contemplating the tray of airline food above, and asking myself which evil mind came up with the idea of the snack box…  How many E-numbers do you think might be in there?!

Anyhow, having consumed the airline food, survived airport security checks, and approved by immigration control, we finally stepped out into a crisp New York autumn afternoon.  There’s lots written on the net about how to make your way from JFK to Manhattan.  Options include (in descending order of price and convenience) limo, cab, bus or subway.  Having read some of the info about how the subway is such hard work, I was almost convinced that we needed to take a cab. But in the end Nick basically said “get a grip, we live in London and lug our suitcases clear across town on crowded Tube trains!!  We don’t need to pay $45 for a cab!”  And he was right.  I may do a separate post on this later, but the bottom line is that if you are a) reasonably fit and able to carry your own luggage up and down some stairs; b) arriving in the middle of the day and nowhere near a rush hour; and c) have some experience at negotiating complex public transport systems – take the train!  It’s no worse than making your way to Heathrow via public transport, and it’s a LOT cheaper.  Better spend the money on a nice meal somewhere 😉

In about an hour we were in Manhattan and found to our delight that the subway exit was right outside the door of our hotel – the Cosmopolitan.  If you want a concierge, a gift shop, help with your bags and a minibar, this is NOT the place for you.  If you want an incredibly convenient location, lots of funky stores and restaurants nearby, a subway station outside your door, very clean, modern rooms and a safe area to walk around in after dark, step this way.  We had a room that unfortunately faced a central shaft, so no view except the people in the room across the shaft – but it also meant we had absolute silence at night, whereas I think street noise may be a problem in the front rooms.  Take your pick. Either way, I would highly recommend this place for the budget-conscious traveller. 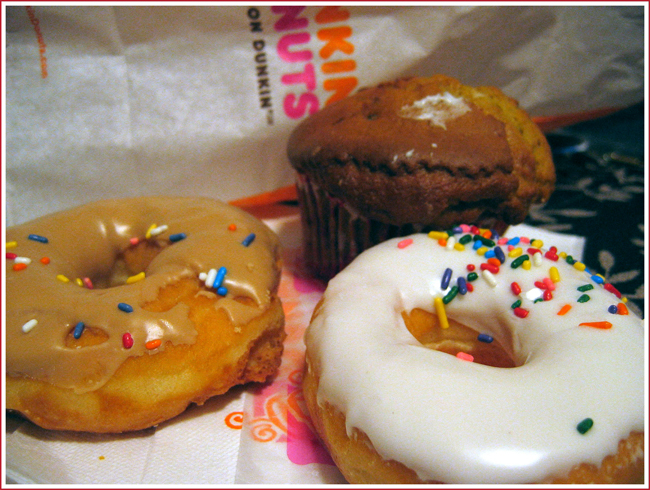 After dumping our stuff, Nick was absolutely starving, so I let him choose our snack venue:  Dunkin’ Donuts.  I weep – my first food in the USA and it’s Dunkin’ Donuts!  But I do have to say, as we discovered on our trip last year, DD does do excellent coffee, even if the doughnuts are generically-iced doughballs.  And Nick’s hunger is a beast that cannot be denied, so the faster the sugar rush the better.  Thus fortified in true American style, we set off on the subway to Brooklyn.  We had be en warned that to get onto the pedestrian walkway of the Brooklyn Bridge, you had to start a considerable way away from the bridge itself and this is no lie.  The only landmark I can use is to say head for the Watchtower building – any closer than that and the walkway is raised, fenced off and in between two streams of heavy traffic. 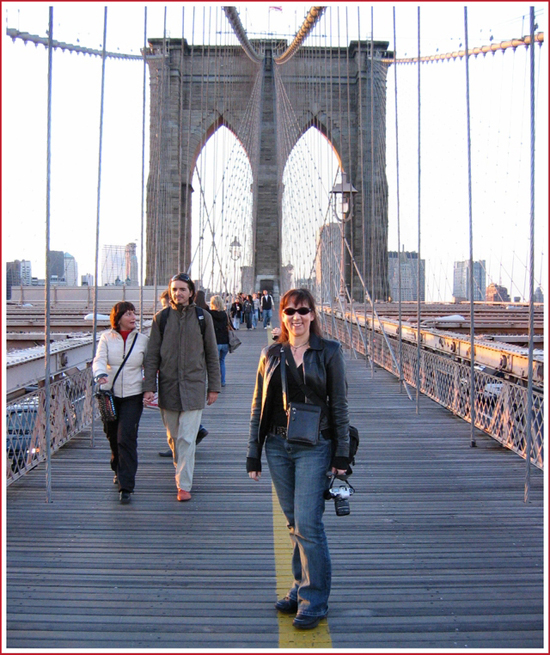 Unlike the London bridges, you don’t walk on a sidewalk with cars whizzing along inches from you – pedestrians and cyclists walk along a wooden walkway raised above the carriageways and roughly in the middle between them.  This makes the bridge far more pedestrian-friendly – but do watch out for the kamikaze cyclists who barrel down their side of the dividing line!  I was scared to step back too far when taking pictures lest one of these guys started yelling at me in true New York style! That said, the view is truly amazing.  We timed our walk for sunset and we got sunset in all its glory.  The iconic lower Manhattan skyline, the Statue of Liberty silhouetted against the orange sky, the ever-changing patterns that the supporting cables make against the sky, the Empire State and Chrysler buildings glowing orange in the last rays of the sun – and a parade of such a diverse selection of people as to provide entertainment in itself!  Snap-happy tourists like us, businessmen heading home from Manhattan, turbocharged cyclists, couples strolling hand in hand and streams of young orthodox Jewish men in their homburg hats and black coats.  If New York is a movie, I had stepped right into the middle of the set!

All too soon, the sun had sunk and with it, the temperature.  The icy little wind (well, rather a lot of wind, actually!) coming off the river soon chased us off the bridge and back towards our hotel, past the beautiful City Hall building.  After a brief period of unpacking and freshening up, we realised we had better go and find dinner before our body clocks caught up with us.  I had planned to book at Marinella (a local Italian recommended by Ronni) for our first night, but they were closed for a month until the following night, so we decided to stay close to home and try one of Johanna‘s recommendations – Bubby’s Pie Company, a few blocks from our hotel.

Bubby’s occupies a corner and looks warm, quirky and homely from the outside.  The decor is decidedly quirky, making the place look rather like Gramma’s house with lots of funky knicknacks – and the simile extends to the friendly Southern welcome you receive It really is a little bit like being in somebody’s home.  Johanna had recommended the brunch and the menu for that did indeed look spectacular, but we were focused on the dinner menu.  The cooking is from the American south, featuring such classics as pulled pork sandwiches, collard greens, hush puppies and meatloaf with gravy.  On a chilly, windy autumn night, how can you resist?!   I went for the Frog Parker pulled pork sandwich with grilled asparagus and hush puppies on the side, and while I was waiting I treated myself to a cherry Melissa cocktail.  The cherry Melissa (Absolut citron and sour cherry soda) was a deliciously pink and girly cocktail, but not too sweet.  Yummy.  But the star of the show was the pulled pork.  Frog Parker was apparently the catcher for a small farm baseball team in Arkansas in the 1930s and no, sadly I didn’t ask what the connection to Bubby’s might be 😉  The pork is marinated in Bubby’s dry-rub overnight and then smoked for 8 hours over apple and hickory wood, and the result is deliciously tender shredded pork with a deeply satisfying smoky flavour.  The meat is served with a potato bun which is one of the more decadently pillowy forms of carbs I have had recently.  My sides were also delicious – the asparagus grilled but still crunchy and the hush puppies (cornmeal fritters with green onions and fresh corn) very moreish little corn-flavoured bites.  Nick ordered NY strip steak with collard greens and cucumber, tomato and onion.  The collard greens were great and had a bit of a kick due to their cooking partners of bacon and vinegar – Nick was very very happy! The service was friendly without being creepy and it felt really cosy, munching on this unfussy and satisfying food while watching the wind blowing down the urban canyons outside. 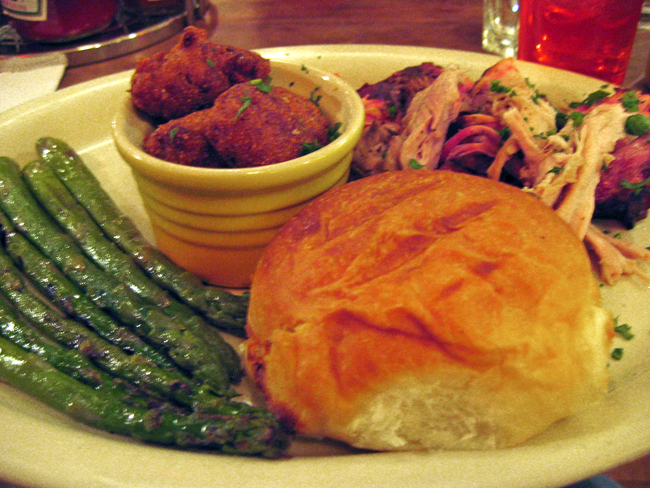 I really wanted to sample the dish that made Bubby’s famous:  pie.  The menu is filled with tempting ultra-American options like apple whisky, key lime, sour cherry or peanut butter chocolate.  But after the meal, I really, truly did not have any more room – the spirit was willing but the flesh was stuffed ;-).  I think this was the first night that I started my sad refrain:  “If only I had more of an appetite!!”  There was just too much to try, and not enough space in my tummy 🙁  Ah, well, next time.  The bill came to about £16 each and we left with the feeling that this is the kind of neighbourhood joint that everybody should be lucky enough to live near – unpretentious, friendly and with food tasting like home cooked meals from childhood.

After a brisk walk through the (by now very chilly and windy) streets of lower Manhattan, we were back at the hotel and the time difference had finally caught up with us – we were alseep by 10pm.

If you enjoyed this post, why not read my other New York posts: