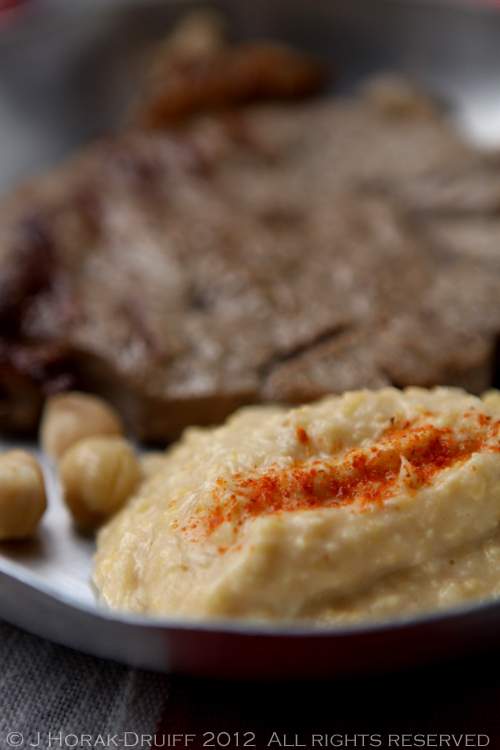 Back in 2009 when I was writing a bi-weekly column for the Food24 website, I wrote a piece called The Shock of the New, all about a document called the Flavour Forecast brought out annually by American spice company McCormick (known as the ubiquitous Schwartz spices here in the UK). The Flavour Forecast is the result of a year of culinary exploration, data discovery, and insight development by an international group of McCormick experts, including chefs, sensory scientists, trend trackers and food technologists.  The objective is to  identify the trends and flavours in food and cooking worldwide, and then to hold a global to pool their insights and establish a limited number of global themes which seem to be emerging in locations as diverse as Asia, Australia, Europe, Africa, Latin America and North America. Back in 2009. I found some of the trendy flavour combination listed to be less-than-earth-shattering (strawberries and balsamic vinegar); others were already familiar to South African palates, if not the rest of the world (apricot and saffron); and yet others just downright wrong (eel ice-cream).  But what I did not guess that I would be asked to help announce the Flavour Forecasts’ release a couple of years later. Today, 6 December 2012, marks the release of the McCormick 2013 Flavour Forecast in the USA, presumably to some culinary fanfare, and once again the team has put together a shortlist of globally identified food trends.  For 2013, these are:

To accompany this, there are also some intriguing recipes which they have developed in line with each of these broad trends: apple sage tarte tatin; rosemary-smoked tomato jam with poached eggs; Chinese dumplings with dukkah sauce; or baked Brie with cajeta, fruit and nuts.

I debated whether to make one of the recipes provided, or whether to simply take my inspiration from the broad themes identified.  I have been an adherent of the “Hidden Potential” trend for ages, living by the motto of waste not want not and going so far as to lug back big bags of woody asparagus  ends from Somerset to make a creamy asparagus soup; or slow-cooking odd cuts like oxtail to make a delicious oxtail stew.  But in the end I decided to go with the theme of Global, My Way – because I have been an adherent of this for the longest time, starting with my very first post of boerewors and butternut risotto which fused South African ingredients with Italian cuisine.  This time round, I took the classic middle-Eastern chickpea dip hummus and spiced it up with a unique South African spice blend called chakalaka.  The spice is used to season the eponymous chakalaka relish, consisting of tomatoes, peppers and beans and it consists of a blend of dried peppersm chillies and other spices – in fact, when you open the packet it smells like slicing into a tart green pepper! The end result was revelatory, firstly because once you make your own hummus you will never want the store-bought variety again; and secondly because the spicy kick of the chakalaka really lifts the flavour of the hummus to new delectable heights.  I served it with tender seared lamb steaks to groans of pleasure from my husband.  Global, my way; delicious in every way.

DISCLOSURE:  This post was sponsored by McCormick Flavour Forecast but the recipe, images  and all opinions are my own. 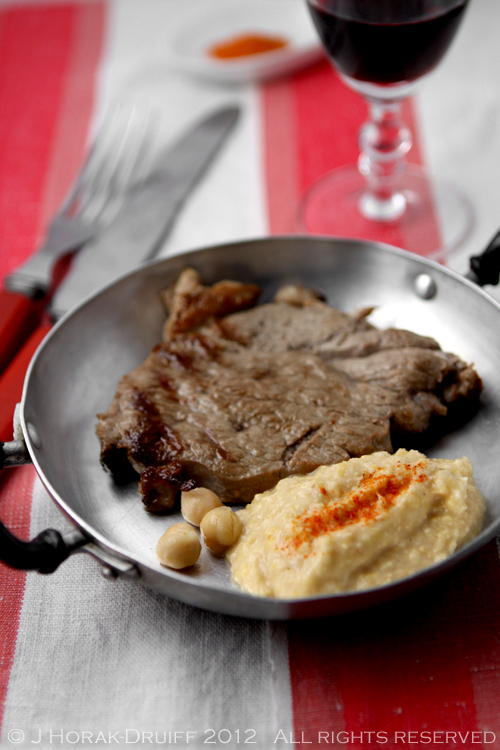 Don’t forget to enter my giveaway this week – you could stand the chance to win a box of Bluebasil brownies – the best gourmet brownies I have ever tasted with flavours like Rudolph Rumnut and Chocwork Orange! Closes midnight on 11 December. 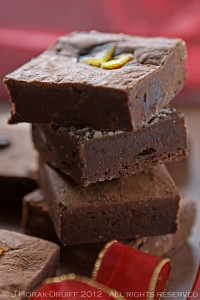