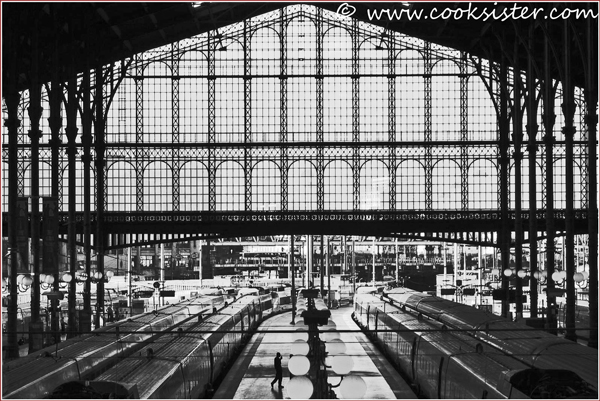 It is the second largest station in the world in terms of platform capacity (42 platforms to New York Grand Central Station’s 67).  It is also the busiest station in Europe and the third busiest in the world (after Japan’s Shinjuku and Ikebukuru), with 180 million travellers passing through it each year.  But on this particular summer afternoon, the total population of the platform was one and just for a moment the station seemed at peace.