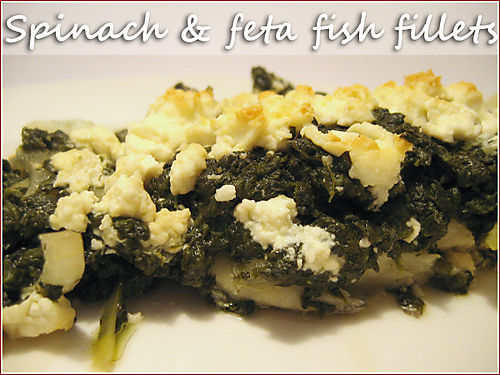 It was 10 years ago and I was still living at home with my parents, so I was in a quandary. If I invited him home, a quiet dinner a deux was clearly not on the cards as my parents would be all over him like a rash. And if we went out on our own, firstly I would have to nail my colours to the mast and he would know I had the hots for him, and secondly, I wouldn’t be able to show off my skills in the kitchen. What to do, what to do…In the end I decided on staying home and inviting a bunch of other people. That way, I diverted my parents’ attention, diverted Nick’s attention and I got to show off my culinary skills. A win-win-win situation!

As there were eight or so people coming to dinner, I had to be a little creative to stay within my budget. Luckily, there was a great fishmonger (Provincial Fisheries) down the road, so I set off to find some firm white fish for what I had in mind. If you are well-off in South Africa, your firm white fish of choice is likely to be kingklip. A step down from that is hake – a national staple rather like cod is in the UK. But at that time, hake had shot up I price, and I did not feel like spending huge amounts of money on something which I had always thought of as pretty middle-of-the-road. And after all, I was out to impress! So I told the fishmonger what I had I mind and he suggested some beautiful pinksh-white fillets: butter bream, which cost about half the price of hake.  Result!

Of course, 10 years ago you didn’t go shopping for fish with a search what’s about to be made extinct in your pocket – but these days it always pays to check first.  And sadly, it appears that this wonderful fish (Pachymetopon Grande, also known as bronze sea bream), is classified as vulnerable and I would think twice before buying it again.  But the good news is that you can substitute any firm white fish fillets.  If you are buying ethically, in the UK that means no Atlantic cod (although Pacific cod or farmed cod is OK), but my current favourite sustainable white fish is pollock, which is what I used here (haddock is also good).

Not that nutritional concerns were uppermost in my mind, but this is a great low-fat, high calcium meal, with both the spinach and the cheese being good sources of calcium.  Why am I mentioning this?  Because this dish is my submission to the lovely Susan of Foodblogga’s Beautiful Bones event running throughout may to raise awareness of osteoporosis, commonly known as brittle bone disease.  If you want to avoid getting up close and personal with splints and crutches, it is essential that you get your daily dose of calcium-rich foods, as bone mass declines with age.  And if your calcium fix also tastes heavenly, more’s the better!

For my cook-to-impress meal, I decided to give my guests a choice between two fish dishes: pizza fish, topped with tomato and cheddar; and spanakopita fish, topped with spinach and feta cheese. Both were really easy and could be left in the oven indefinitely at a low temperature, giving me plenty of opportunity to schmooze Nick. To this day, I don’t know if it was my subtle schmoozing or the delicious fish that hooked Nick, so I don’t want to tell you this will make the love of your life fall instantly in love with you.

But it sure worked for me.

about 500g firm while fish fillet like hake or line-caught cod (I bought one large fillet and cut it in half to cook)
1 cup of cooked and drained spinach (I used tinned)
100g feta cheese
half an onion, thinly sliced
1 large clove of garlic, crushed
olive oil
salt and pepper
1 tsp dried dill

If using cold spinach as I was, heat the spinach over medium heat in a small saucepan together with half the garlic.  Pre-heat the oven to 180C.

Rinse and pat the fish dry.  Spray a shallow oven-proof dish with olive oil spray and lay the fish fillets in it.  Brush with olive oil and scatter the onion and remaining garlic over the fish.  Season with salt, pepper and dill.

Spread the spinach evenly over the fish, then crumble the feta cheese over the spinach.  Bake in the oven for 30-45 mins or until you can flake the fish.  Turn on the grill for the final few minutes to brown the feta.  Serve with brown rice and a green salad.