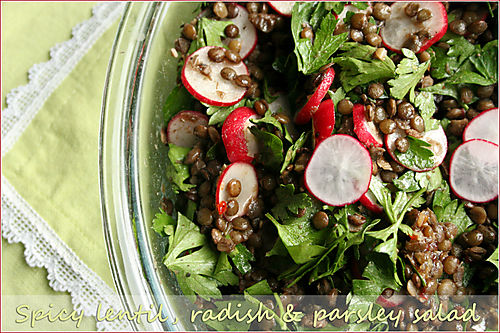 Oh, I had such good intentions.

I came home on Friday afternoon and the three-day weekend stretched ahead of me as if it would never end.  Surely I would have time to do absolutely everything on my blog to do list?  I mean, how long can it take to post a couple of recipes, recategorise over 500 posts, do housekeeping on all my blogrolls and spend some time editing photos of the things I’ve cooked recently, restaurants I’ve visited, and the rather excellent London International Wine Fair that I attended last week?  And surely there would be time left over to work on my newly-created South African Food and Wine Blogger Directory and catch up on other blogs in my Google Reader?

If I then add that we had invited friends over for a braai (BBQ) on Saturday afternoon and some other friends for a fondue on Sunday night… you can see where this is heading!

I am known by my friends and family to be chronically late for things – a characteristic that I share with both my parents.  I remember mentioning this in one of the many “random thing” memes that I have filled in over the past few years, and within hours I had a commenter berating me saying that this was pure arrogance and a clear indication that I thought my time was more valuable that other people’s time!  I was a little taken aback as nothing could be further from the truth – I have never made a conscius decision to be late and though “what the hell, let them wait at the rainy bus stop, I’ll make myself a coffee before I go”.  No, my problem is that I always optimistically overestimate how much I can do in the allotted time, which leads to my overcommitting myself.  And by the time I figure out I’m overcommitted, I feel too guilty to pull out of things and let people down, so I end up pushing on through the night to finish stuff – or I end up being late, stressed and unhappy for social engagements. And when you look at what I thought I could accomplish this weekend, it will be imediately apparent to anybody but me that this is not going to happen.  Any advice whatsoever in this regard will be gratefully received!

But to cut a long story short, I ended up having two very successful social events, editing quite a few photos, collecting a number of blogger profiles for the Directory… but ultimately not getting round to either the recategorisation or making a dent in my Google Reader – or that much by way of new postings, come to think of it!  And so we stagger into a new week, two steps behind and running to catch up. Clearly , this is my destiny!!

C’est la vie.  At least we did eat well over the weekend, despite my slow progress on the blogging front and the traditional Bank Holiday Downpour.  After a glorious start to summer, we seem to have taken 10 steps back, so all my plans for lots of light and summery salads have had to be temporarily shelved.  Instead, I bring you this far heartier number, featuring delicious spicy lentils for body and light, crispy radishes and fresh parsley to lift the mood with their crunch.  I can’t pretend that it is related to any particular country’s cuisine – I simply added herbs and seasonings that I felt like at the time.

I can’t emphasise enough just how delicious the end result was though – hearty and filling, spicy and warming, but at the same time seemingly fresh and crunchy.  It would be great with a BBQ, but equally great with a quiche. Soak the lentils overnight before cooking. Cover the lentils with fresh boiling salted water and boil for 30 minutes or until tender (I sometimes add a vegetable stock cube to the boiling water instead of salting it).  Drain and leave to cool.

Warm the cumin and Thai 7 spice mix in a dry saucepan – but watch that it does not burn.  When the fragrance of the spices is released, add the vinegar and garlic.  Cook over medium heat for 10 minutes.  Add the rest of the ingredients plus the cooked lentils and stir well.  Adjust the seasoning to taste with lemon juice.  Remove from the heat and cool completely.

While it is cooling, wash and thinly slice the radishes.  Wash and roughly shop the parsley.  Mix the radishes and parsley into the cooled lentils and serve.

I was so taken with the photographs of this tasty salad that I am submitting the first photo in this post as my entry for this month’s Click event, hosted by my talented friends Jai and Bee at Jugalbandi. The theme is beans and lentils – check out their announcement post for details, the deadline and their dedicated entry form.