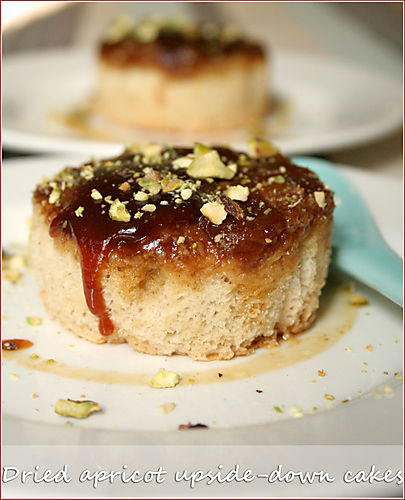 What is it with South Africans and apricots?

The jam you are most likely to find in a South African’s pantry is apricot jam.  In fact, I think until I was about ten years old, I wasn’t sure that there was anonther type of jam!  And you know you are in a South African supermarket when there are more makes and variations of apricot jam than any other flavour.  Chunky, smooth, with booze, whole fruit – it’s all there.  As I have said before, my father does not believe it is proper to have a braai without serving triangles of white bread spread thickly with butter and apricot jam. And we do love to melt our smooth apricot jam and use it in marinades and basting sauces, much to the bemused stares of foreigners.

As a kid, I recall that the fruity treats most likely to find their way into my lunchbox were dried apricots (or sometimes apple rings), or dried apricot fruit dainties (minced dried fruit shaped into flattish squares and dusted with sugar) or apricot fruit leather (minced fruit spread out into a wafer-thin paste and dried and rolled up).  And let’s not forget our culinary tradition of cooking dried fruit with meat (lamb sosaties with apricots, for example), inherited from the Middle-Eastern political prisoners banished to South Africa by the Dutch East-India Company during the 1700s.

I suppose that dried apricots (and fruit in  general) was a logical step in a country where deciduous fruit grows easily and the climate is dry enough to dry things easily.  In the days before refrigeration, it was necessary to preserve the bounty of summer fruit for the winter months, and as a provision station for ships rounding the tip of Africa, it was not surprising that South Africa has a long tradition of drying fruit.  It is said that the drying and preserving of fruit at the Cape received a skills boost when the French Huguenots arrived in the late 1600s, and dried fruit was to be source of nourishment when the Great Trek departed into the largely barren and unknown interior in the 1830s.

So coming from this context, you could almost say that this month’s Waiter, There’s Something in My… event, hosted by Andrew and focusing on dried fruit and nuts, was tailor-made for this South African girl!  My first thought was to make one of our wonderful traditional fruit/meat dishes, but I have already blogged my three favourites (bobotie with sultanas, lamb sosaties with dried apricots, and venison pie with dried peaches).  And so my thoughts turned to something sweet that I could make with dried fruit for WTSIM and that would also serve as dessert for a Bank Holiday braai for friends.  I have been somewhat obsessed with upside-down desserts lately – after the glorious pear and cranberry upside down cake I made earlier this year, I was keen to try another take on this idea.  I did consider just using the same batter recipe again and just changing the fruit topping, but in the end the batter I made for these little cakes was far lighter and fluffier, and its sweetness worked beautifully with the tart apricots and pineapple juice.  The original recipe on Myrecipes.com was for a single cake, so I made some tweaks in order to convert it to individual cakes, and also found a use for the pineapple juice that you use to soak the apricots.  I was very, very happy with the end result and will definitely be making these.  They taste lovely, they look lovely – and they will certainly impress your guests!

We had fewer than six people round the table, so I used the extra ingredients after all the ramekins were full to make one slightly larger square cake, which is what is pictured below – and which was as delightful served cold the following day.

Lightly butter the inside of six oven-proof ramekins and then line with baking paper (I found it was easiest to cut circles for the bases and strips for the sides, rather than to try and use a single piece).  Preheat oven to 180C.

Melt the butter in a saucepan over medium heat. Set aside 1 Tbsp in a small bowl for later.  Add 1/3 cup of the reserved pineapple juice and brown sugar to the butter in the saucepan and bring to the boil.  Cook for about 1 minute or until the mixture thickens slightly.

Carefully divide the caramel sauce between the six ramekins.  Pour the sauce into the base of the ramekin and gently swirl to get an even layer.  Sprinkle the apricots and almonds over the caramel sauce and set aside.

Combine flour and baking powder in a bowl. Add 1/4 cup of the granulated sugar, milk, egg yolk, and vanilla to the melted butter and stir well. Add to flour mixture, stirring well; set aside.

Carefully pour batter over the caramel apricot mixture in the ramekins.  Bake at 180°C for about 30 minutes or until a wooden tooth pick inserted in center comes out clean.  In the meanwhile, return the saucepan with the reserved pineapple juice to the stove on medium heat and reduce to a syrupy consistency.

After removing the cakes from the oven, allow to stand for 5 minutes on a wire rack, then carefully invert each ramekin onto an individual serving plate.  Lift the ramekin carefully – it should come away from the cake easily – and peel off the baking paper.  Pour a little of the pineapple juice syrup over each pudding and serve with a blob of double cream (I also scattered some crushed pistachio nuts over mine, but this is optional).

If you hadn’t guessed yet, this is my entry for Waiter, There’s Something in my… Dried Fruit and Nuts, hosted by Andrew.