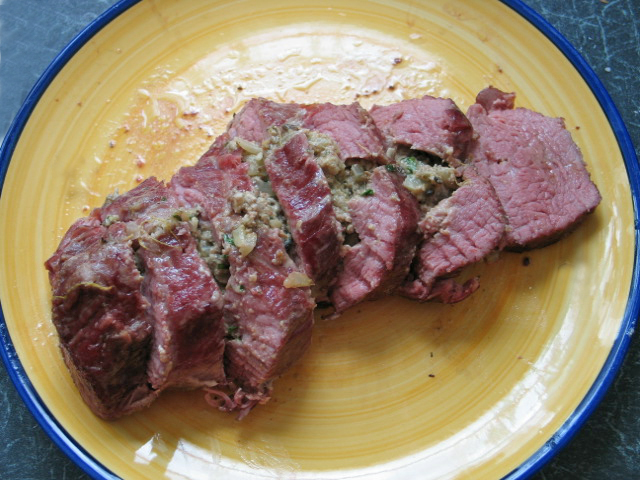 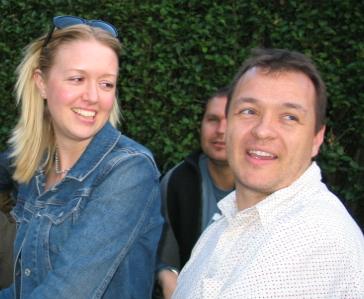 At the risk of offending everyone, I just have to say a few words about nationality and braaing ability. In South Africa, every little boy grows up learning to braai. The first food you eat NOT made my grownups is usually on a school or university weekend away when some teenage boy chars his first lamb chop – so you could say braaing is in our blood and if I say so myself, damn, we’re good at it. Here in London, when we are invited to a barbecue (i.e not an exclusively South African gathering!), it is almost always the South African men that gravitate towards the fire and end up doing all the cooking of meat, while the Aussies and Kiwis make lots of suggestions from the sidelines (but don’t actually DO anything ;-)) and the Brits nervously clutch their mobile phones, wondering whether the smoke levels warrant a call to the fire brigade. But to be fair, the Brits don’t really stand a chance in the barbecue/braai stakes – and it stems from a traumatic childhood introduction. I mean, Nick and I nearly laughed our heads off the first time we saw a “disposable BBQ” in the supermarket here – a foil roasting pan filled with (useless) lumpwood charcoal and a single firelighter, covered with a flimsy grid. The idea is that you tuck this item under your arm, head out into the glorious English countryside and just toss in a match to start your BBQ and within minutes, you’ll be grilling. In reality, however, these disposables lead to two very unhappy consequences. Firstly, the lumpwood charcoal burns at 451 degrees Fahrenheit (ho ho ho) for about 10 minutes and then the lumps disintegrate and the temperature drops to nil. This means that anything you cook on it will be black as coal on the outside and bloody on the inside, and leads to Brits trying to cook over open flames as opposed to glowing coals long after they have abandoned disposables. The second consequence is that, because of the tiny available grid area, you end up cooking tiny things, like pork sausages and hamburger patties and nothing else! So your average British barbecue combines undercooked food with processed meats and the end result is just horrid. Oh yes, and summer only lasts about a week, so there is hardly any time to practice and get really good. (There are notable exceptions to this rule, but few can argue that the British are not naturally inclined to be barbecue greats!)   But enough wrecking of international relations – on with IMBB6! Nick very kindly agreed to help me make our signature braai dish – a whole stuffed beef fillet – far from traditional, but a sure-fire BBQ show stopper. The recipe comes from the rather marvellous South African Kettle Braai Cookbook and requires a Weber charcoal grill (or similar kettle BBQ) and an indirect fire. This is an idea pioneered by Weber and is discussed in most cookbooks featuring Weber recipes, but in case you don’t possess such a book, here’s how. Make a fire using 16 charcoal briquettes and light them all in a pile on one side of the barbecue kettle. Once the briquettes have had time to ash over (about 40 minutes), transfer half of them to the other side of the barbecue. Position a foil drip tray between the two piles to keep them apart. Place the grill on the barbecue and voila, you are ready to cook. What the recipe does not require, but which we often add, are hickory chips soaked in water for about 30 minutes and then sprinkled on the coals before cooking commences. This gives the meat a lovely smoky flavour that I can highly recommend – but it’s not essential by any means. So without further ado, here is my recipe for IMBB6 – pictures to follow when our hosts e-mail them to me! Oh and one last thing – the question you’ve all been dying to ask: how did it turn out?? Well, there were some teething troubles because everyone else had brought chops and chicken and boerewors and were so fascinated by our parcel of fillet that they kept opening the Weber to look at it. This made the heat dissipate and the meat just did not want to sear (as it should) on the outside or cook on the inside. In the end it stayed on at a very moderate heat for over an hour (and it was only a tiny 1/2 kg fillet!) and was removed with great trepidation. But once Nick started carving we realised it was just perfect – just pink around the centre and as tender as can be. You could probably have eaten it using only a fork! Here are 2 pics – one when the fillet came off the grill (note lack of searing – see above!) and one after it had been cut. Clearly I have some way to go on the food stylist learning curve… but at least you get the general idea! STUFFED BEEF FILLET ON THE BRAAI (serves 6) Ingredients 1.5kg (3lb) beef fillet, trimmed Salt & black pepper 2 Tbsp melted butter (I substituted olive oil) For the stuffing: 100g canned smoked oysters (I have also substituted smoked mussels in the past to good effect) 3 Tbsp fresh breadcrumbs 3 Tbsp fresh parsley, chopped ½ tsp dried thyme (I also added ½ tsp rosemary) Salt & black pepper 2 Tbsp melted butter 1 small onion, chopped 1 clove garlic, chopped (not called for in the original recipe, but I like it!) 2 Tbsp dry sherry 3 Tbsp sour cream   Method   1. Make the stuffing first.  Melt the butter (or heat the oil) & sautée the onion and garlic.  Combine the oysters, breadcrumbs, parsley, thyme, salt & pepper.  Add the onion, garlic (together with the oil/butter in the pan),  sour cream and sherry and mix well. 2. Make an incision to create a pocket down one side of the fillet leaving, the 2 ends closed if possible. Alternatively, use a sharpening steel to make a hole down the middle of the fillet. Stuff the meat. 3. Using a needle and thread, sew up the opening if the meat has been cut and tie with string to keep in shape. Season lightly and brush with melted butter. 4. Prepare an indirect fire and fit a foil drip tray between the coals. Place meat in a roast holder (we didn’t have one – not really necessary) and position it on the grid over the drip pan. 5. Cover the kettle and cook for 25-30 minutes, depending on the degree of rareness required.   Cover with foil and allow to rest for 5-10  minutes before carving.