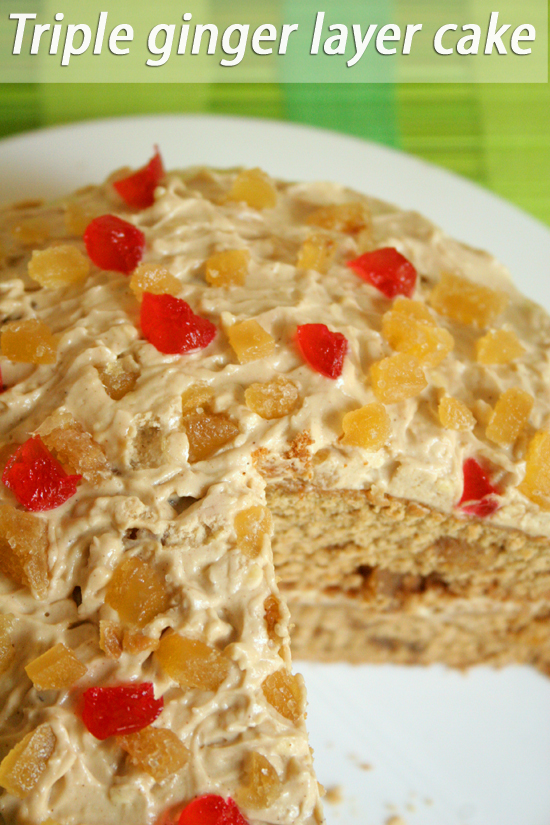 I am not a baker.

Or at the very least, I am to baking what Hunter S. Thompson was to journalism.

All my baking escapades seem to involve the wrong ingredients due to crazy last-minute substitutions, incorrect or inadequate equipment (I mean, does every home really need a palette knife??) and a laissez faire attitude to the following of precise instructions.  For these reasons I have convinced myself that I am not and will never be a baker.  I can be persuaded to bake scones, cookies or muffins – but cakes?  Forget it!

Aaaah, but there was a time when I did bake cakes.  Well, sort of.  ** BIG EMBARRASSING CONFESSION ALERT! **  When I was at university, for some reason at some celebration with friends, the task of baking a cake fell to me.  In all likelihood, some bloke I was interested in mentioned how much he loved chocolate cake, and I went straight to the first supermarket I coudl find to buy the ingredients.  As you do.  But seeing as the cake was merely a means to an end, I didn’t start with flour, icing sugar, cocoa and all the fiddly stuff.  Oh no – I headed for the cake mixes.  Moir’s moist chocolate cake mix, as I recall, which was endearingly referred to as “Moira’s cake mix” by my best friend’s Croatian mom. By nightfall I had two square chocolate cakes, which I sandwiched with a tin of Caramel Treat (South Africa’s version of dulce du leche) and iced with my mom’s trusty chocolate frosting recipe.  Thus armed, I set off into the night in my little Ford Escort to a party on campus and at the appropriate moment, I told the birthday boy in question that I had a surprise for him, so about half a dozen of us trooped off to my car in the parking lot where I presented him with the cake.  This went down so well that the baking of chocolate cakes became my party trick for the rest of my university career, but always chocolate – never any other flavour, never any other icing. And even scarier – that’s the last time I baked a cake (OK, so I did make a cheesecake this year… with ingredient substitutions.  Which didn’t set properly because I followed the instructions only half way.  See what I mean?!).  So you can imagine my feelings of dread when Andrew announced this months’ theme for Waiter, There’s Something in My… Cakes.  And not just any cakes – layer cakes.  And seeing as I co-founded the event, I couldn’t very well chicken out, could I?  Damn.

And so I put it off and put it off and put it off… until finally this weekend I could put it off no more.  Saturday was a write-off as I spent most of the day enjoying a bloody fantastic meal in the excellent company of Johanna and Xochitl at Petersham Nurseries, so when Sunday dawned I had to find a recipe – fast!  In the end, I chose something suitably Autumnal from the great list of layer cake recipes at Epicurious… and unsurprisingly, there were ingredient substitutions and equipment issues.  No golden brown sugar?  How about dark brown?  Don’t have 2 cake tins? OK, use a pyrex bowl instead.  Bloody hell – how am I supposed to measure solid butter in cups?  Oh, let’s guesstimate we need roughly 250 grams… You get the picture. But to my utter amazement, as the recipe progressed, things just seemed to turn out right!  And the end product reminded me of a recipe for bar cookies that my mom used to make and for which I have lost the recipe – but now I have a recipe I can adapt. This memory is the reason for my addition of cherries to garnish the cake – my mom’s cookies contained both glace cherries and crystallised ginger.  In fact, if I make this cake again, I may add some chopped cherries to the batter too.  A word of warning – if you don’t love ginger, this is probably not the recipe for you as there is ginger in the batter, the icing and the garnish.  And it is a robust, gingerbready kind of cake, not a fluffy sponge, so if you’re looking for feather-light, look elsewhere.  Other than that, you should love it – I know my husband and colleagues do… FOR THE CAKE:
Pre-heat the oven to 180C.  Spray with the non-stick spray (or grease with butter) two 8-inch round cake pans with 2-inch high sides and line the bottoms with parchment.

Mix the flour, crystallised ginger, ground ginger, cinnamon, baking soda and salt in a medium mixing bowl.  Using an electric mixer, beat the butter and sugar in a large bowl until light and fluffy.  Add eggs one at a time, beating until well blended after each addition.  Mix in the dry ingredients alternately with the buttermilk in 3 roughly equal additions, scraping the sides of the bowl often.  Beat just until batter is smooth.

Pour batter equally into the prepared cake tins and bake until a skewer inserted into the centre comes out clean – 30-40 minutes. Cool the cakes in their tins on a rack for 10 minutes.  Run a small knife around the sides of the pan to loosen cakes, then turn out onto racks and cool completely.  Peel off parchment.

FOR FROSTING:
Using electric mixer, beat the cream cheese and butter together in a large bowl until fluffy.  Add brown suger, icing sugar, cinnamon, ground ginger and vanilla.  Beat until well blended.  Mix in 1/4 cup of the minced crystallised ginger.

Place one cake layer on a platter.  If, like mine, the top of your cake is domed, this will be problematic when you come to add the second layer, so fix it.  Place one hand firmly on top of the cake.  Using a bread knife, carefully slice the domed top off the cake so that the top is smooth.

Spread about 1 cup of the frosting over the (now flat!) top of the first layer.  Place second layer on the first.  Spread remaining frosting over the top and sides of the cake.  You may need extra frosting where the two layers meet to disguise the join and give your cake smooth sides.  Decorate top of cake with the remainder of the ginger and cherries.

Cover with cake dome (or, in my case, an upturned mixing bowl…) and refrigerate.  Let stand at room temperature for 2 hrs before serving.