You are here: Home / Book reviews / Beef, broccoli and udon noodle stir fry from “The Japanese Larder” by Luiz Hara 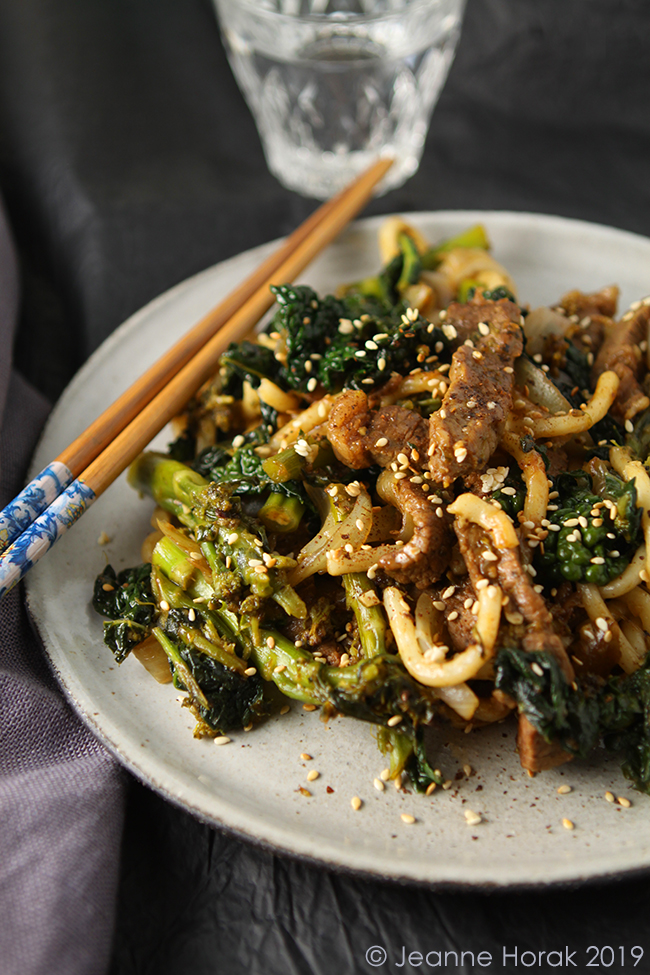 When I was six months old, my parents took a trip to Japan.  I was my mom’s first child, but my dad’s fifth – so she was understandably worried about leaving me behind whereas he had learnt that babies are not made of pixie wings and are pretty resilient if left with loving relatives!  And so for a few weeks I stayed with my maternal step-grandmother, who wrote letters to my parents in my voice almost daily (one of which I still have), while they journeyed to the furthest point in the world that either of them would ever travel from home.

Obviously, I have no independent recollection of any of this but the story of their trip was told and retold to me so many many times over the course of my life that I feel as though some of the memories are my own. Tales of the multi-stopover journey that brought them to Japan via Iran (before the fall of the Shah) and India (where my father swore he saw the moon rise seven times over Delhi as the plane endlessly circled the airport while it waited to land). Tales of Japanese schoolchildren asking my over-six-foot-tall-Westerner dad wherever he went for an autograph in the Latin alphabet (as opposed to Japanese script). Tales of Tokyo metro “pushers” employed to push people into already-packed train carriages at rush hour. Tales of immaculately made-up geishas; of temples; of my mother’s visit to Mikimoto pearls; of the beauty of Mount Fuji and its snow cap.

Over the years, Japan took on mythical status in my mind – a place so exotic and magical that it was the theme of my school projects for many years.  But the one aspect of Japan that left my parents cold was the cuisine.  I have no recollection of what they said they ate while in Japan, but I do remember that me dad came back with outlandish tales of the Japanese eating raw fish. Raw fish! I pictured a fish, freshly caught and still gasping and flapping on my plate, scales and all, as I tried to attack it with a knife and fork. And my father did nothing to dispel this vision, meaning I made it to age 32 (!) before I tasted my first piece of sushi or sashimi (mercifully scale-free and no longer flailing!). 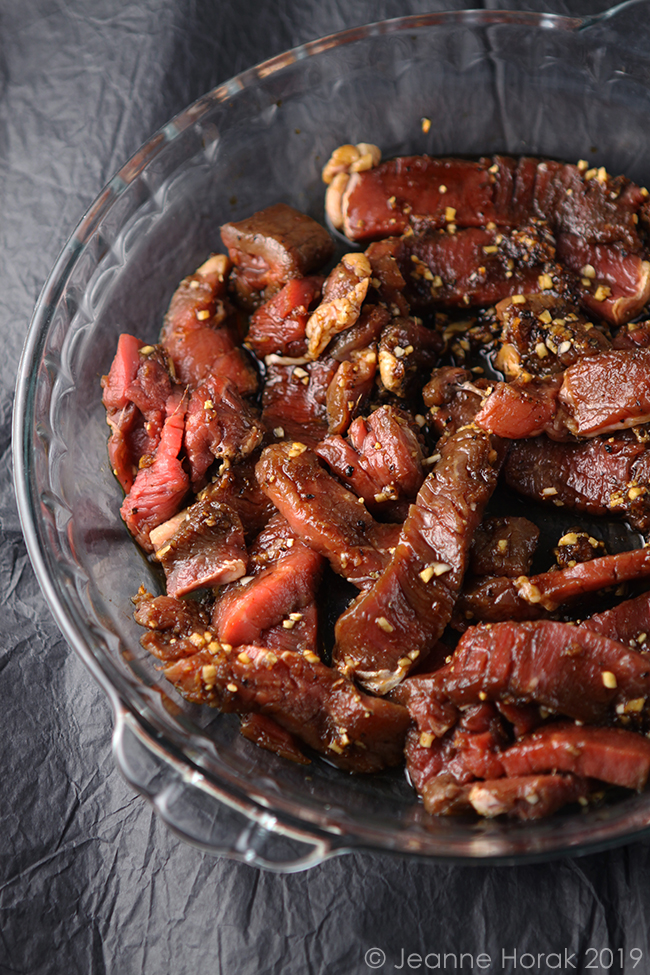 I laugh now when I look back at my father’s narrow culinary world view and how determined he was not to try anything new, but the sad fact is that there are more people like my father than there are adventurous, try-almost-anything-once eaters like me. Despite the fact that in London we can now buy ingredients from a mind-boggling array of cuisines and countries in our local supermarkets, many people are still fearful of the weird and anxiety-inducing impulse buys that might find their way into the shopping basket if they set foot in the “World Foods” aisle.  And even those who step outside their comfort zone and cook from unfamiliar cuisines, avoid buying authentic ingredients because they can already see the jaggery, the bonito flakes and the fermented shrimp paste being thrown out, unloved and unused apart from That One Dish That One Time.

But well-known London food writer, supperclub host extraordinaire and Cordon Bleu graduate Luiz Hara may be about to change that perception with his second book, The Japanese Larder: Bringing Japanese Ingredients Into Your Everyday Cooking.  Luiz was born in Brazil to Japanese-Brazilian parents and his cooking has always reflected this melding of cultures as he has created dishes cross-pollinated from Japanese traditions and Brazilian ingredients. His first book, Nikkei Cuisine, focused spcifically on recipes that combine Japanese techniques with South American ingredients. The aim of The Japanese Larder is to demystify Japanese cooking techniques and ingredients and to show people that if you buy Japanese ingredients, you don’t have to cook Japanese for the next 6 weeks to use them up.  There are all sorts of non-threatening ways to use authentic Japanese ingredients in more western-style recipes – and it is a collection of such recipes that Luiz has lovingly created for his book. 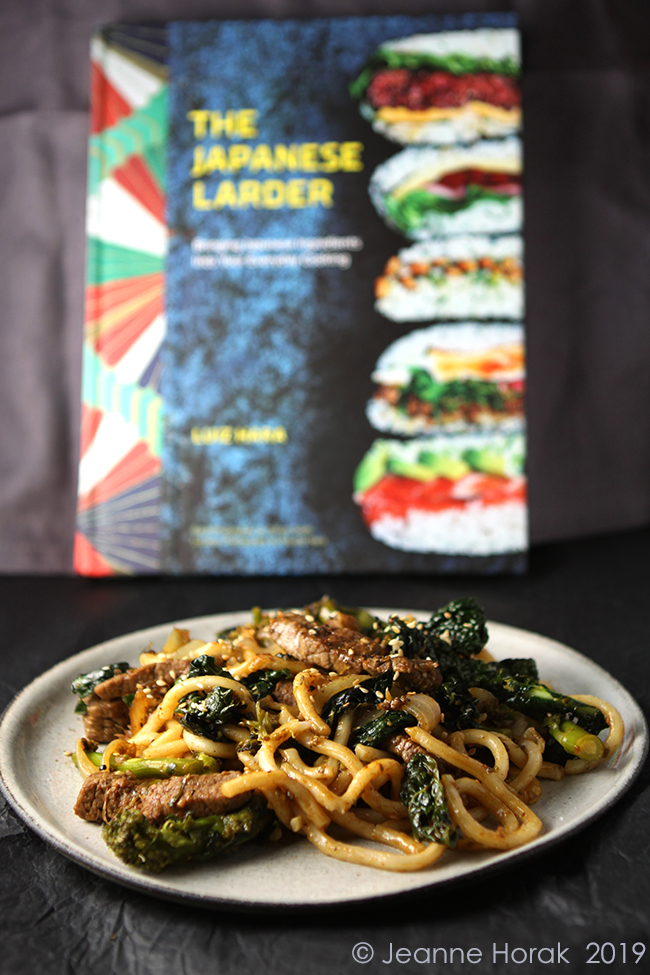 The book opens with an introduction to key Japanese seasonings, including such things as how to make your own dashi stock and ponzu dressing. The recipes that follow are divided into chapters each covering core sets of Japanese ingredients:

Each chapter also starts with an overview and explanation of the ingredients featured in that chapter’s dishes before moving on the the recipes themselves.  This makes the book succeed not only a recipe book but also a useful reference for those who are keen to learn more about Japanese food and how to incorporate it into their cooking repertoire.  Each recipe and many of the hands-on techniques in the book are illustrated with beautiful photography.  I particularly like the fact that Luiz has included some of his family photographs and images of him in Japan researching the ingredients and techniques covered in the book.  Both the explanatory sections and the recipes are beautifully written and the instructions are clear and comprehensive. There is also a very useful list of suppliers of authentic Japanese ingredients in the UK, USA and Australia. 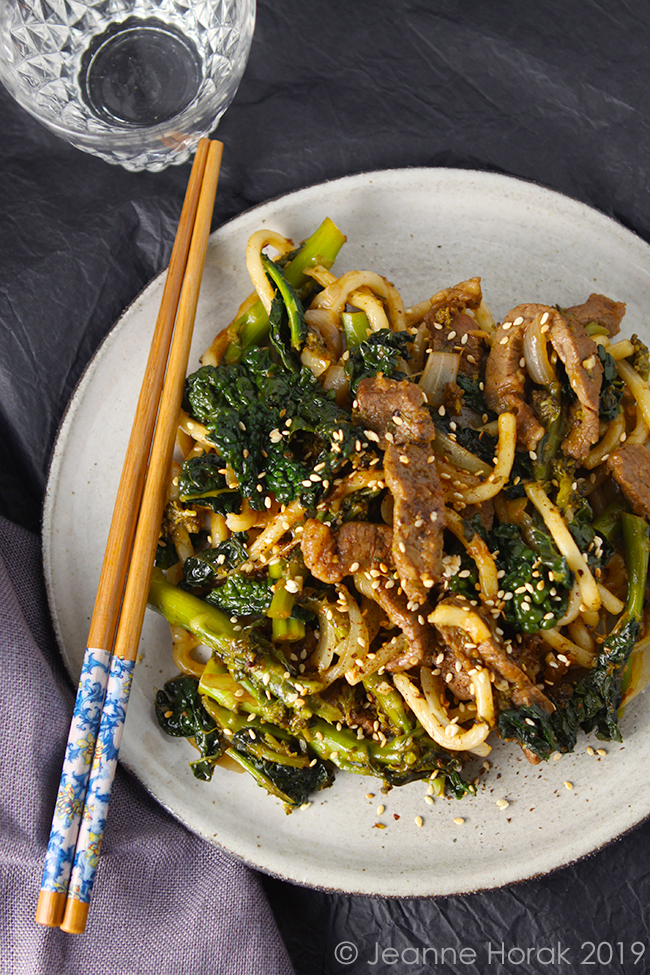 There are a number of recipes in the book that caught my eye such as brown butter and miso linguine; mochi cheesebreads (the love child of mochi balls and pao de queijo); Marmite chicken (an umami bomb!); mentaiko spaghetti; and yuzu posset with poached plums. But the one I chose to make first was the beef, broccoli and udon noodle stir-fry.  Although there is a recipe in the book to make your own udon noodles, it’s also refreshing to see that Luiz takes a pragmatic view and mentions good store-bought udon noodles as an alternative in the ingredient list. As I said – very very non-threatening for Japanese food neophytes! Other than remembering to marinade the meat, the recipe is as fuss-free as you can get and makes a perfect weeknight dinner for you and a couple of friends – and it is packed with satisfying umami flavour. While the book hasn’t (yet!) persuaded me to make my own noodles, tofu or dashi stock, it has certainly made me look at Japanese ingredients and techniques in a new, more accessible light.  I’m not sure if my dad would have been horrified or proud 😉

The Japanese Larder is published by Quarto and is available on Amazon and The Book Depository in hardback for £17.99. It has also been shortlisted for World Gourmand  Awards in the Japanese category as the British entry.

DISCLOSURE: I was sent a review copy of this book but received no firther remuneration and was not required to write a positive review.  All opinions are my own and I retained full editorial control.

A simple yet delicious and deeply satisfying dish that will bring Japanese flavours into any home cook's kitchen. A perfect quick weeknight dinner!