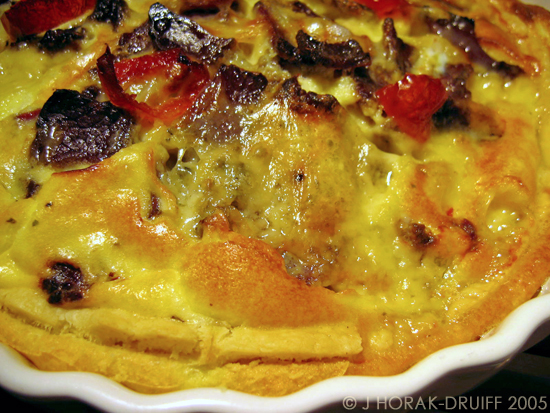 You know your life is too full when…  you get all the way through to Sunday night before realising with a shock that a) you have not made anything for Is My Blog Burning (despite the fact that the ever-fabulous Viv from Seattle Bon Vivant had chosen the theme of eggs, your personal pet foodstuff); and b) even if you had remembered earlier, you weren’t home for long enough to make anything remotely adventurous!!

Let’s see…  Friday:  leave work early and DASH to Paddington to catch the train to Henley on Thames to watch Nick row in the qualifying races of the Henley Royal Regatta.  Stand on the bank trying to juggle umbrella and SLR, snap some pics of them and then await the results in the boat tents.  No success – but at least that meant we could all go for a drink as they are no longer in training!  Met up with the ever-amusing Andrew from Spittoon for a drink or two and amused ourselves no end by telling anyone who asked that we had met over the internet.  (Clearly I need to get out more!!).  Took the 22h30 train and only got home at around midnight.  Saturday we got to sleep late for the first time in AGES as Nick wasn’t rowing!! Had a fry up including duck eggs and toasted Irish soda farls and by 1pm had to dash to catch a train once again – this time to Kent to meet friends for an open-air concert at Leeds Castle.  Had a lovely evening picnicking, drinking Pimms, waving flags and wearing flashing bunny ears (!).  Got to bed at about 1, had breakfast with our charming hosts the next day and then had to catch a train back into London so as to catch another train out to Twickenham.  Breakfast in Kent, lunch in Surrey.  What was in Twickenham?  A braai (couldn’t be a barbecue as there were ONLY South Africans present…!) at Donnie and Christelle’s place.  With Christelle in attendance!! Lazed in the sun eating, drinking and laughing all day and only got home at 22h30 on Sunday night, exhausted.  So as you see, there was pretty much no opportunity for an IMBB entry, and my lack of planning meant it simply didn’t happen earlier in the week L

But at the same time I desperately did not want to miss IMBB, not only because it is the one event I have never missed since the inception of this blog, but because… it’s eggs and Viv has always been a staunch supporter of EoMEoTE.  So tonight I FINALLY did something adventurous with eggs:  I baked my first quiche.  From scratch!!  The weather has cooled down a little, I finally feel like warm dinners again, and I’ve been working myself up to bake my first quiche for a while now.  Clearly the universe was trying to tell me something.  I also wanted to make sure the quiche had a bit of a South African flavour and for a change I had a uniquely South African ingredient in the house – biltong!! 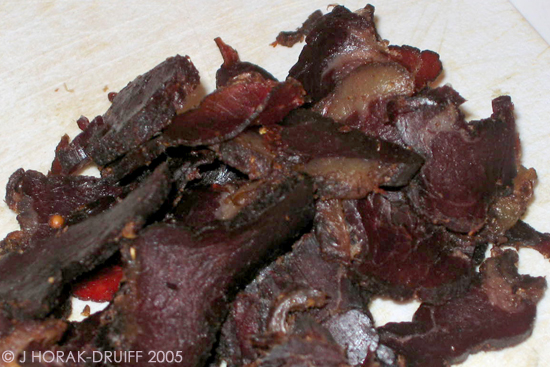 I won’t go into the details of biltong again as it’s been adequately covered on this blog – but for those of you who still don’t know, it’s spiced, air-dried meat which is then cut into thin slices as a snack.  Now most of the biltong that I have had in this country has not impressed me.  The spices have been wrong or the meat has been stringy or it’s been too dry – I have just never found biltong I really like.  However, a couple of weeks ago Donnie took us to a South African shop in Roehampton positively BURSTING with biltong – all these long strips of the stuff hanging from the roof, just like at home, with loads of sliced samples to try.  Unlike most of the biltong produced over here, this was not too dry and had a good bit of fat on it (cholesterol be damned!!) – plus the spices they used were truly delicious.  It could be I have finally found my biltong supplier of choice…!

Anyway, back to the quiche.  I did briefly consider stopping at the supermarket on the way home and buying pastry, but then I decided that would defeat the object of the exercise and scratched around for a shortcrust pastry recipe.  I knew I wanted to use the biltong, but wondered what else I could add to the filling.  I’ve got a recipe for biltong and blue cheese soup so I thought why not try those two tastes together in a quiche.  And maybe something sweeter to take the edge off all that salt?  Why not some of my beloved peppadews?  And so without further ado, I give you my biltong, blue cheese and Peppadew quiche.

I must say, the quiche exceeded all expectations – it was just marvellous! The pastry was very light and crumbly – nothing like the stodge you get in supermarket quiches. The fillings worked beautifully together – the saltiness of the cheese meant that I didn’t need to add any seasoning to the egg mix and the biltong added meaty substantiality. The sweetly spicy taste of the Peppadews provided the perfect foil for the other two predominantly salty ingredients – a delicious marriage of French and South African cuisine! I served mine with sweet potato chips roasted in olive oil and rosemary and sprinkled with fleur de sel, plus a herby green salad. Even Nick raved about it, even though it was essentially “girly” food…!

Given the roaring success of this quiche I’m pretty sure I will be trying more. Maybe next time a butternut squash, feta and rosemary quiche? Mmmm, hungry already! 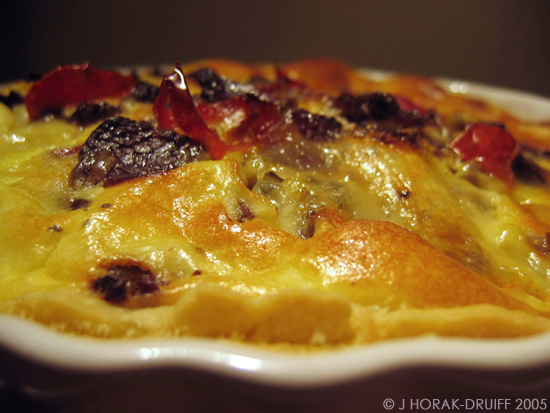 ¼ cup blue cheese (use whatever type you like, from mild to strong), crumbled

Press the dough into a greased /non-stick ovenproof quiche dish or springform pan about 20cm in diameter.  Bake in the lower third of the oven for about 7 minutes, or until puffy and golden.  In the meanwhile, whisk together the milk/cream and the eggs in a bowl.

When the crust is done, arrange the biltong, crumbled blue cheese and Peppadews on the baked crust, pour over the egg mix and bake on a rack in the middle of the oven for 15 minutes.  Then reduce the heat to 350F (175C) and bake for a further 10 minutes or until set.  I also turned on the grill for the last minute or two to brown the top a little.