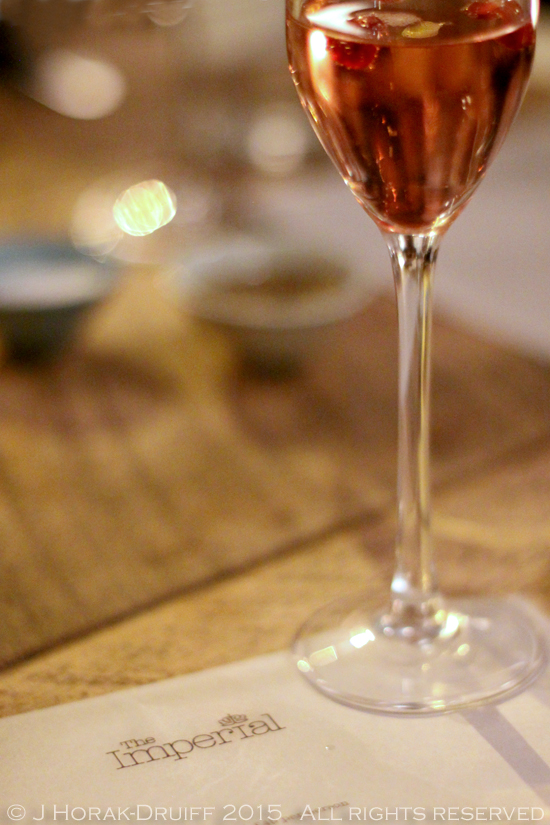 I have written before about The Imperial, a rather brilliant gastropub in Chelsea where I had dinner about a year ago – my only regret was that it wasn’t a little closer to my house, as I loved both the ambience and the food. So when I was asked to come back and try their newly-released Christmas menu recently, I was happy to comply. The Imperial (formerly known as the Imperial Arms) occupies handsome premises on the corner of Kings Road and Rumbold Road. It was bought and totally refurbished by present owners Kate McWhirter and Alan Turtill in 2013, yet retains and celebrates the high ceilings and many period features of the original pub. The premises include the bar area; a more dining-focused area behind that with a view of the open kitchen; as well as a covered terrace at the back which I really do need to come and visit in the summer – both my visits have been in winter! This time we sat in the more informal bar area where you can glimpse the Kings Road Christmas lights and the steady stream of red busses making their way up and down Kings Road.

The seasonal Christmas menu has been put together by new chef Nicholas McGregor, a New Zealand native who has worked in some of the capital’s top restaurants, including the Admiral Coddington and Gordon Ramsay’s The Warrington. For three years he worked as head chef and ran various restaurants in Berkshire and Hampshire before returning to London to launch Bone Daddies, one of London’s top ramen shops.  Nick joined The Imperial in October 2015 and his influence is already evident in the menu which has moved away from the more complicated dishes that I had at The Imperial last time, and focuses more on top quality British ingredients and simple, rustic  dishes, perrectly prepared.

After a welcome cocktail raspberry and Prosecco,  I chose to start with something reasonably light in the form of a fig and goats cheese tartlet with roasted walnuts and a honey dressing. This was indeed light while still feeling a little “special occasion”, and consisted of a disc of almost impossibly flaky pastry topped with quartered grilled figs and chunks of slightly melty goat’s cheese. My neighbour had the chicken add broad bean terrine with caramelised onions which consisted of a good-sized slab and was pronounced delicious (and suitably rough-textured for a terrine, which is these days often too pate-like in consistency). 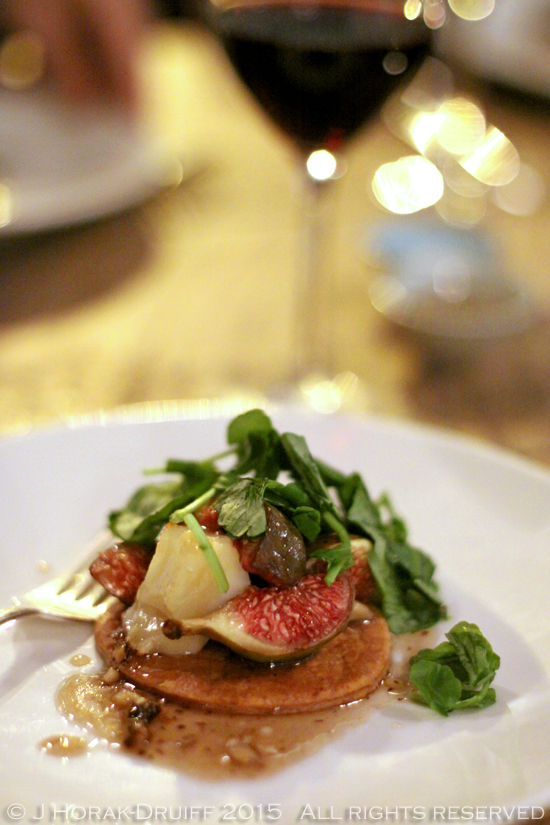 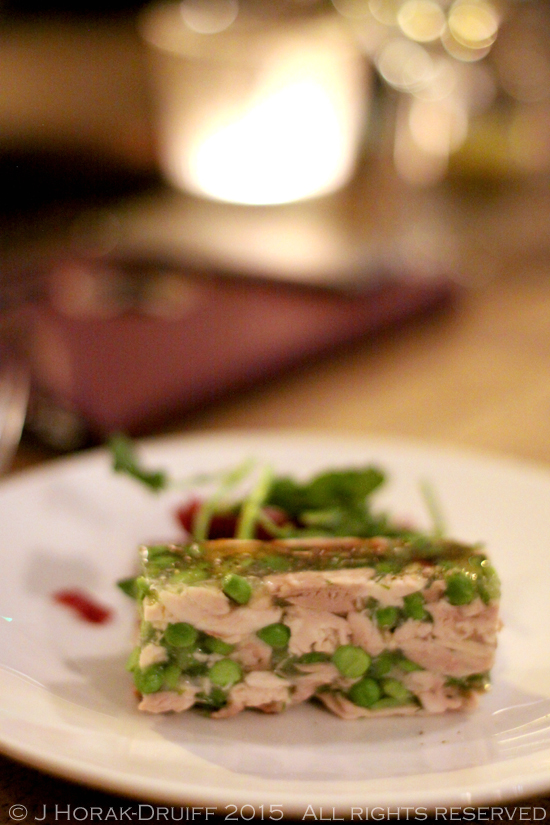 For my main course I could not resist the slow-cooked beef cheek with sautéed wild mushrooms, charred shallots  and truffled potato puree. Although it proved to be a photographic nightmare of brown food, it was utterly delicious. Unctuous slow-cooked beef fell apart at the touch of a fork and had the same rich, gelatinous flavour as a really well-cooked oxtail stew. The truffled mash was smooth, smoky and buttery and went down a treat with the mushrooms. Definitely a winner of a dish. Elsewhere at the table, my companions had the turkey and the sea bass (not pictured).  The beef cheek paired nicely with a bottle of Rouleur French Carignan – and don’t you just adore the label? 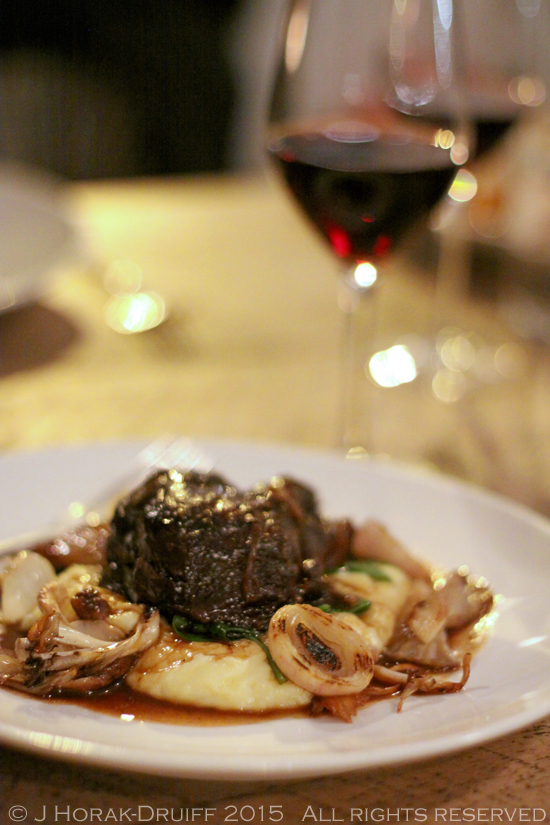 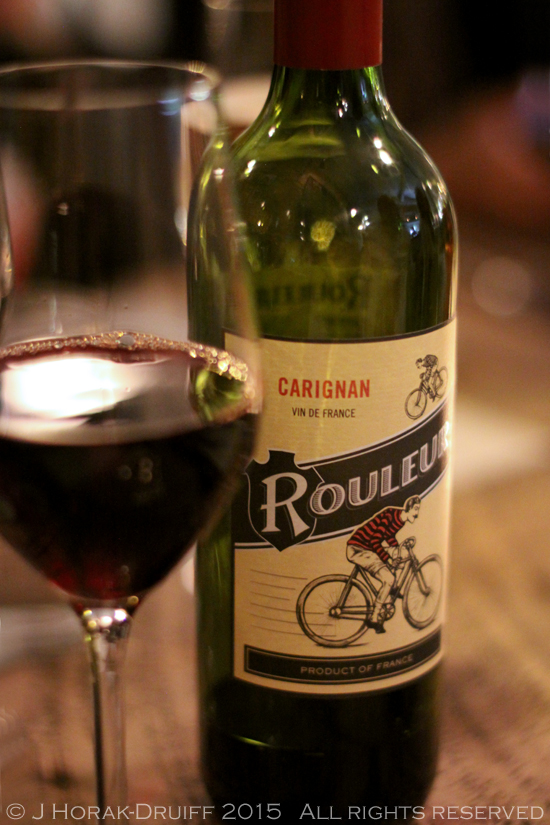 Desserts once again were comforting classics rather than anything cutting-edge and I chose the dark chocolate torte with mulled wine cherries. The torte arrived a a reassuringly large and solid slab with a dense chocolatey texture more ganache than brownie – chocolate heaven. The mulled wine cherries were similarly excellent – fresh cherries that had spent rather a long time in the company of mulled wine, which had given them the flavour of cinnamon and Christmas spices – as well as a hefty dose of alcohol! Elsewhere, Jacintha had the white chocolate bread and butter pudding which arrived as a comsiderably more ladylike portion (!) and which she loved – as evidenced by the plate that was as clean as a whistle. 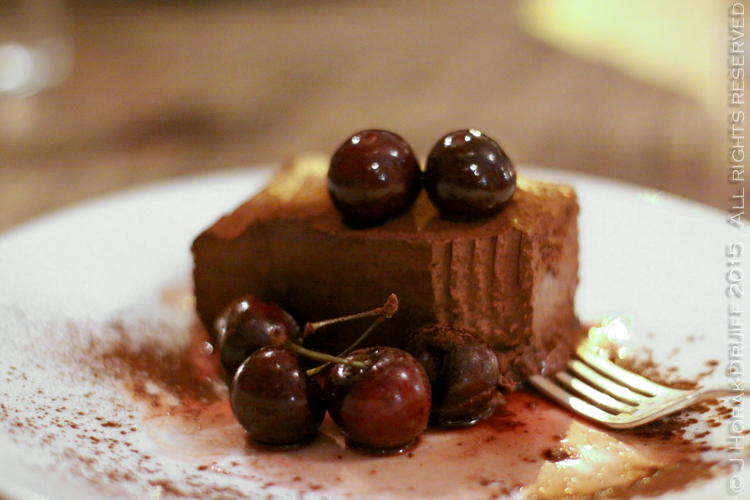 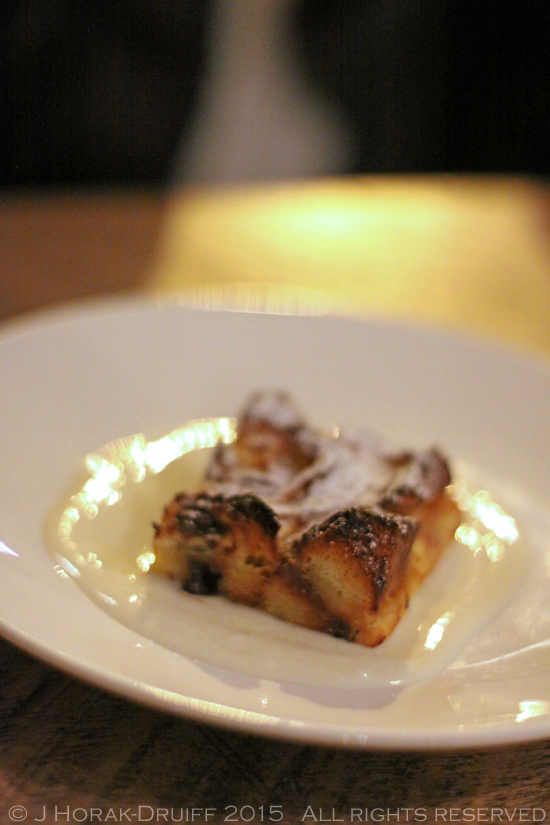 The Christmas menu is available in the restaurant and for all Christmas functions as well as private functions (if no bespoke menu is created) – and at 3 courses for £40 per person, it’s a Christmas indulgence that won’t break the bank. If you are looking for somewhere in West London to get into the culinary spirit of Christmas, look no further than the Imperial.

DISCLOSURE:  I enjoyed this meal as a guest of The Imperial but received no further remuneration to write this post.  I was not expected to write a positive review – all views are my own and I retain full editorial control.