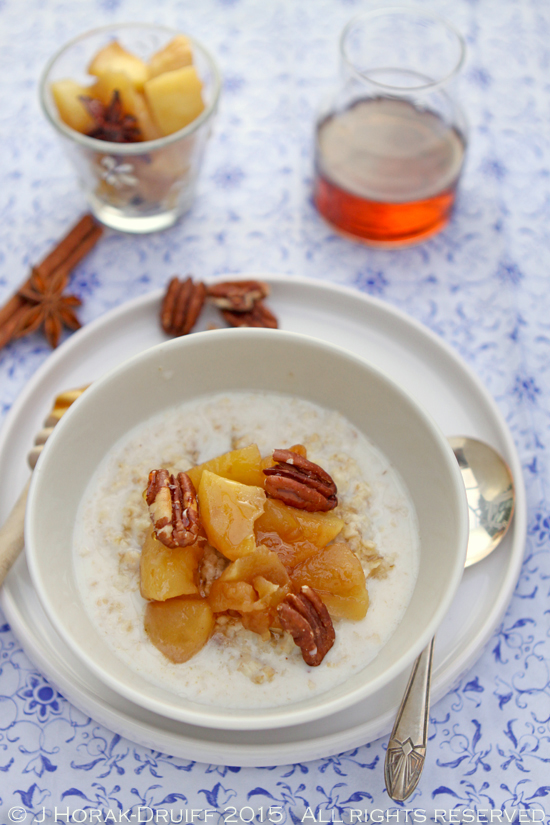 When I was a tiny baby, my mom (who was a rank novice in the parenting game at the time) had read that the first thing she should try to feed me when she was weaning me onto solid foods was mashed banana.  Sensible: it’s packed with nutrients and of a consistency that even a tiny baby could successfully gum into submission before swallowing and besides, who doesn’t like bananas, right?  Well, erm… me, actually. I am told that she spooned the first bit into my mouth and that the reaction was instant: I screwed up my whole face, threw my hands up in protest while clenching and unclenching my pudgy little fists, threw my tongue into reverse and tried to back that disgusting goo out of my mouth as fast as I could. Four decades later, I still feel exactly the same about bananas, which goes to show that tastes don’t change.  Or do they?

As babies, we are genetically programmed to want the food that is most beneficial to our chances of survival:  mother’s milk.  To put on weight, an infant needs a fairly precise ratio of fat (plenty of) to sugar (plenty of), and this ratio finds its most perfect expression in human breast milk. Ever wondered why vanilla ice-cream remains the world’s best-selling flavour?  Because the ratio of fat to sugar in ice-cream is almost exactly the same as in breast milk, and (evidently) breast milk has a vanilla-like flavour. So some atavistic foodie yearnings stay with us for life – but others are definitely subject to change.  The reason for this is partly physiological:  as infants, we have around 30,000 tastebuds scattered throughout our mouths, but by the time we reach adulthood only about a third of these survive, mainly those on the tongue.  So whereas we are all supertasters in infancy, our sense dulls as we grow, dulling strident flavours and accounting for the acquisition of all those super-salty, bitter, pungent or otherwise unusual “acquired taste” foodstuffs like caviar, olives, artichokes, Gorgonzola, coffee, beer and gin. 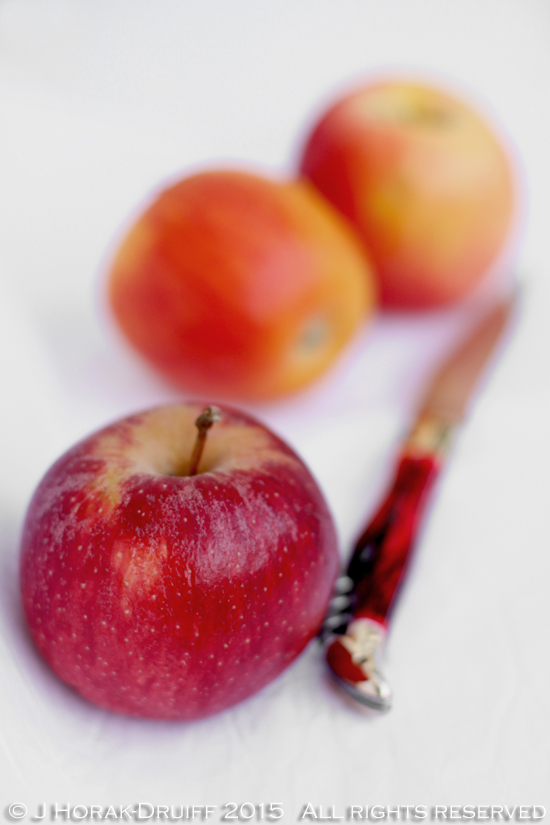 Me?  I was the exception to the rule.  After refusing my first bowl of gooey banana goodness (shudder!) I then proceeded at the age of two to go away with my parents for a weekend on a 2-day cruise and stunned everyone by subsisting on a diet of olives for the full two days.  Sandwiches, ice-creams, sausages and all manner of kid-friendly treats were paraded before me, but all I wanted was more olives. Clearly I had a savoury tooth right from the start! But that’s not to say that my tastes have not changed. For most people the major change in tastes that comes with, shall we say, maturity is an increasing tolerance of spicy or bitter foods – a depressing function of our tastebuds retiring. But as always, I am the weirdo and for me, the changes have largely been an acceptance of textures that previously repulsed me. Boiled eggs?  I used to literally start groaning in protest when my mom said she was making those – but since my skiing accident when I was trying to load up on protein, I have discovered the utter bliss of soft-boiled eggs and toast dippers.  Similarly, as a kid I always took my cornflakes or other breakfast cereal with the least amount of milk possible because I wanted crunchy mouthfuls.  The idea of a bowl of soggy cereal or (worse!) porridge made me queasy. But after my accident when I needed a good breakfast that Nick could make for me in 5 minutes flat before work, I was surprised to discover that I had developed a taste for oat porridge. 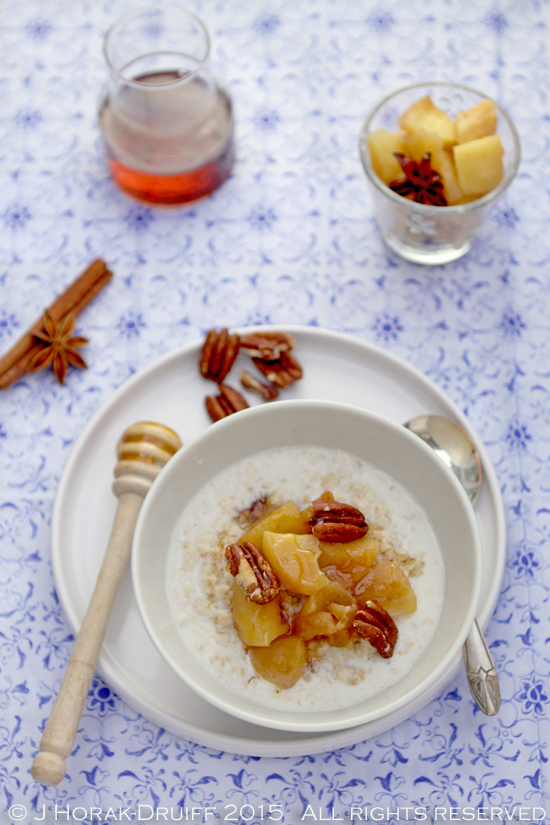 Everywhere you turn these days, you are told how terribly bad carbohydrates are for you and that they are literally killing us all.  I find this hard to swallow, given that mankind has eaten carbohydrates for millennia and many societies still survive on a diet of mainly carbohydrates.  I have said it before and I will say it again: carbohydrates are not the problem here (or at least, not the only problem!).  If I had ten cents for every article I’d read that tells you how bad breakfast cereal is for you, I would be rich enough to retire.  For the most part, I agree if by breakfast cereal you mean the over-processed, artificially coloured, sugar-laden stuff that big conglomerates would like to sell you (I am, for example, still traumatised by the sugar coated bran flakes with sugar-coated raisins that I was served in Wisconsin many years ago). But consider the humble oat. It’s not glamorous, technicolour or showy. It has a fairly bland, nutty taste, comes in beige only and has little by way of wizzy packaging – but it is packed with nutrients and potential health benefits. Here is a highlights package:

So ostensibly, I make this oat porridge with spiced apple, maple syrup and toasted pecans because it is (mostly!) good for me – but in reality I make it because it is so damn delicious. I make my oats with semi-skimmed cow’s milk, but you could make them with full-fat milk, almond/soya milk, or even water. Feel free to swap the maple syrup for honey; or if you have no apples, substitute any fruits that you do have to hand.  My apples, though, were a gorgeous selection of South African Pink Ladys, Braeburns and Royal Galas (see also my reasons why you should buy South African fruit) that are now available in all major UK supermarkets while we await the arrival of the British apple season.  Get them while you can.  Oats, however, are available all year round 😉 Here are some other dishes I have made with South African fruit: DISCLOSURE:  I received the apples as a free sample from South African Fruit but was not remunerated or required to write about them and all opinions are my own.  The beautiful art deco spoon is from Jennifer’s cutlery – have a look at their online catalogue!