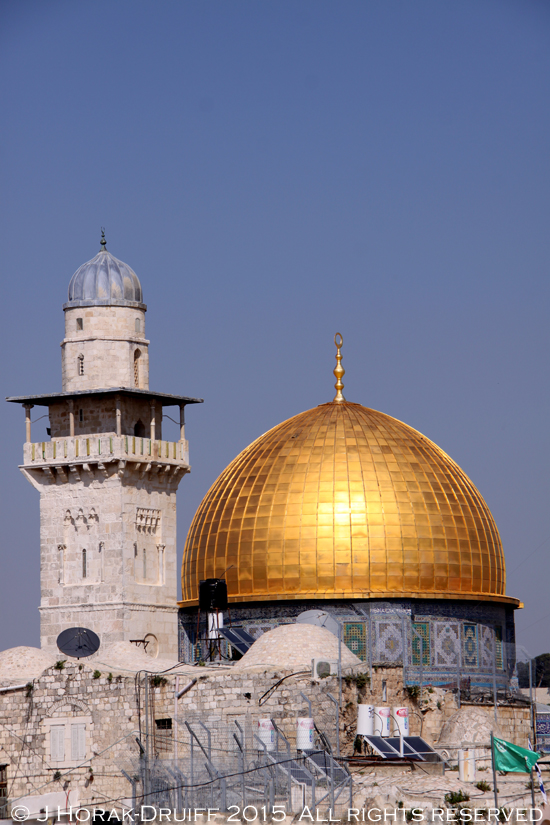 Built on Jerusalem’s Temple Mount on the site of the Jewish Temple in the Bible (which was destroyed by the Romans in about 70AD), the Dome of the Rock is a Muslim sanctuary with one of the most recognisable silhouettes in the world.  The rock at the foundation of the building is meant to be the rock on which Abraham was asked to sacrifice his son Isaac in the Old Testament. It is also believed to be the rock on which Muhammad prayed and went to paradise during his Night Flight from Mecca to Jerusalem and back to Mecca on a winged steed called Al-Burak.  It is one of the holiest sites for three of the world’s religions: Judaism, Christianity and Islam.