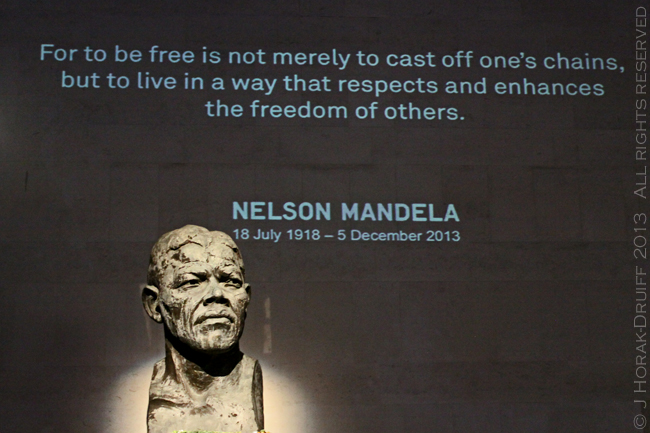 In 1989, less than six months before Nelson Mandela walked free from jail after 27 years, my father took the family on a grand European tour.  We bought Doc Martens in the King’s Road and hard-to-find New Order 12″ remixes on vinyl at HMV in Oxford Street.  We went to the top of the Eiffel Tower and ate Nutella crepes in Paris; and we walked through the red-light district in Amsterdam. Also in Amsterdam, we were repeatedly confronted with anti-South African flags and graffiti – my first experience of how negatively my country and countrymen were viewed in the outside world.  It was both disturbing and upsetting.

A few days later, we boarded a cruise ship to cruise from Rotterdam to Switzerland and seeing as it was in the bad old days before the EU, we had to hand over our passports to that they could all be checked and stamped en masse as we sailed across invisible borders.  On the first night in the lounge after dinner, the entertainer said he had a list of everybody’s nationalities and just for fun, when he called out our country, we were to stand up.  The look of naked panic that passed between me and my teenage brother was instant.  Could we sneak out now? Would it be obvious when South Africa was called that we were the pariahs who had snuck out like thieves n the night?  It seemed there was no escape and the seemingly endless alphabetical roster of countries only served to make the wait more excruciating.  Would we be booed when we stood up?  Would we be made to walk the plank?  It was the first time I had ever felt embarrassed about my nationality.  Of course, when our turn came and we stood up, there was an instant of hesitation as if the room was examining us to see if any trace of our collective national guilt was visible, and then (to our immense relief) there was polite clapping, just as there had been for the other countries.

In February of the following year, Nelson Mandela was freed and South Africa was set unswervingly on a course of change.  Nelson Mandela gave people a vote and a voice who had never had one before. He gave people houses and running water and access to education.  All of these will be his lasting legacy.  But to me personally, his gift was to give me back my pride at being South African.