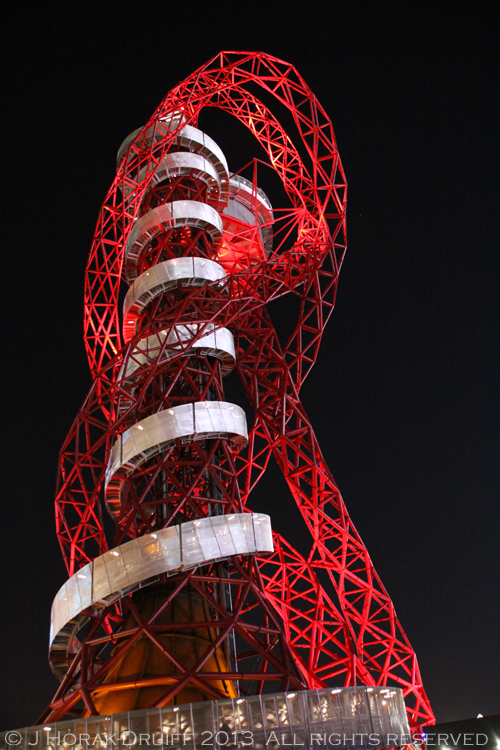 One year ago, London was holding its collective breath in anticipation of the start of the biggest sporting event the capital had seen in decades.  The London 2012 Olympics opened with a spectacular opening ceremony on 27 July last year and the public were finally allowed into the gorgeous Olympic Park where this structure, the Orbit designed by Anish Kapoor, formed the centrepiece alongside the stadium.  For two weeks, I was captivated, and when the games finally ended with the Paralympic Games closing ceremony, I was in tears.  This weekend, I was lucky enough to be one of a group of people to be the first to return to the Olympic Stadium for the National Lottery Anniversary Run, and I ran 5 miles through the park, ending with an 800m run in the Olympic Stadium itself.   Inspiring does not even come close (here are my Instagrams from the run).