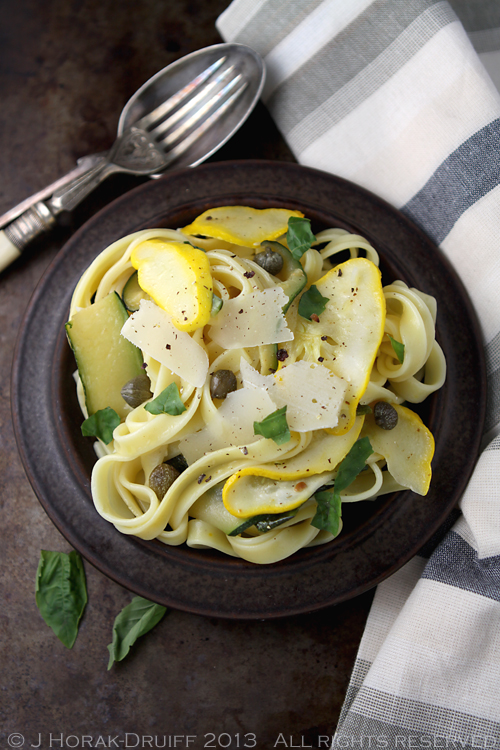 The Afrikaans language, my mother tongue,  is nothing if not creative in its descriptions – and sometimes far more so than English. Think, for example, of:

Another utterly descriptive Afrikaans word is the term soutpiel –  a rather rude but hilariously descriptive term for English people who have strong links to both England and South Africa which originated back in the English colonial days when there was far more animosity between English and Afrikaans-speaking South Africans.  To understand how apt the term (literally “salty p3nis”) is, picture some blokes standing with a foot on each continent, astride the ocean, and then imagine which bits of the male anatomy might be dangling in the water…! See how apt the term is?? Although originally used to describe only Brits living in South Africa, it is now used in teasing reference to South African expats living in the UK as well.  And if I am honest then, despite my distinct lack of dangly bits, I am officially now a soutie with a foot firmly planted on each continent. 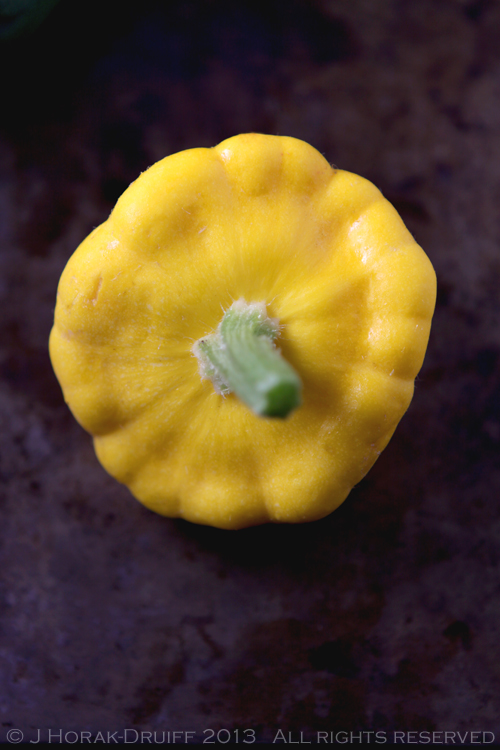 Expats are funny folk.  In some ways they are the luckiest people, moving effortlessly between two countries, cultures, lifestyles and sometimes also languages.  But on the other hand, they spend just enough time in their two chosen countries to miss the one when they are in the other. I see this in myself, and I believe I am not alone.  A straw poll conducted by a fellow-blogger to find out what Brits living abroad miss most and will travel to speciality shops to buy revealed English teabags, baked beans, gravy granules, Jaffa Cakes, Marmite, Walkers Crisps, Branston Pickle, English mustard, horseradish sauce, gammon joints and bacon.

A year or so ago, the  South African Hotels  website interviewed five of London’s top specialist South African shops to find out what they sell the most of and based on this, constructed a list of South Africans expats’ most missed foods.  Topping the list was (of course!) biltong, followed by droëwors, boerewors,  Sparletta Creme Soda (a soft-drink), Simba Nik Naks (similar to Twiglets but cheese-flavoured),  Mrs Balls Chutney,  Peppermint Crisp chocolate, Ouma rusks, maize meal and Tennis Biscuits.  The good news is that there are now quite a few butchers in the UK that make biltong, droëwors and boerewors; and for the rest of the list there are specialist South African shops in most UK cities (and even some smaller towns).  But the real problem arises with the things that you can’t buy over here  like Peck’s Anchovette and Melrose cheese spread, both of which found that their potential sales over here did not justify the expense of the EU hoops they’d have to jump through to import meat and cheese products. (If anybody has a recipe for either, please do send it!). 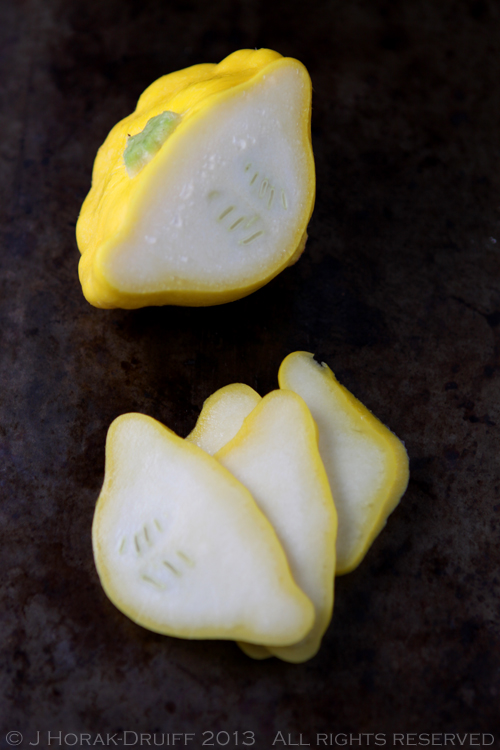 But of course there is also the problem of fresh produce.  Avocados in this country simply do not achieve the quality that we take for granted in South Africa – they go from being inedibly rock hard on one day, to being black as a bruise the next with no intervening day of optimal creamy ripeness in between.  Or gem squash, probably the vegetable most wistfully missed by South African expats the world over, which you can only find very erratically in Waitrose or vegetable box delivery schemes. The yellow cling peaches of my youth haunt my summer dreams and nobody can tell me why we don’t seem to export any to the UK.

But one craving that we can do something about is the pattypan squash.  These adorable summer squashes may be either yellow or green and are shaped like a flattened sphere with scalloped edges (think edible flying saucer). In South Africa, you’d be hard pressed to find a supermarket produce section that does not contain a few trays of these but I am pretty sure I have never seen them in my local Tesco or Sainsbury’s in the 13 years we have lived here.  I can’t imagine why as they are closely related to courgettes, and grow like weeds here in the UK – but for some reason they are not really sold here.  And so the moment that Nick got his hands on his allotment in May, he made sure he got some pattypan seeds (from another South African allotment gardener, of course!) and planted two plants. Less than 6 weeks later, the plants have turned into a veritable pattypan factory, churning out fat, cheerfully yellow squashes week after week. 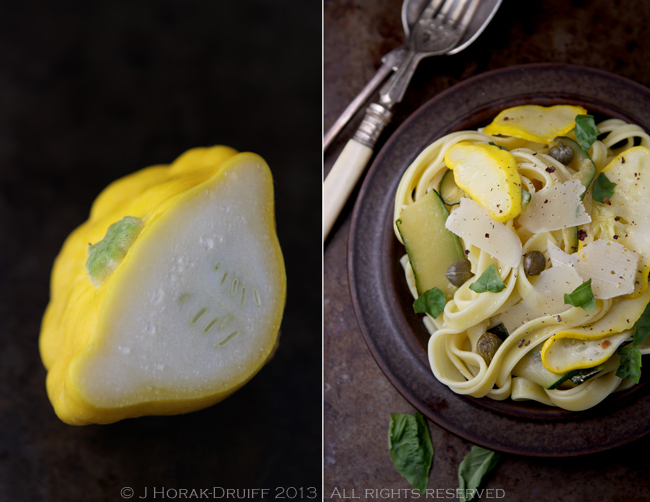 WHAT TO DO WITH PATTY PANS

Pattypan squashes,  being summer squashes, have a tender skin and undeveloped seeds, so there is no reason to either peel them or de-seed them. They can be treated exactly the same as courgettes/zucchini and be used interchangeably in recipes.  This means you can stuff them, roast them, barbecue them, stir-fry them or even eat them raw in salads.  Recently I’ve been cubing them, tossing with chopped onions, olive oil, garlic and ras-el-hanout spice before oven-roasting them and stirring them into couscous.  But my favourite dish so far has been this simple pasta dish.  I used a combination of pattypan squash and courgettes, but you can easily use just pattypans (or just zucchini) – use fairly young squashes if you can as they have a lower water content, and don’t overcook. 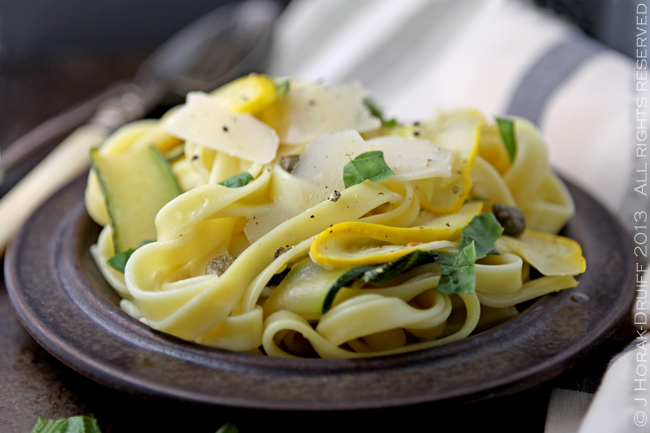 5.0 from 3 reviews
Pattypan squash pasta with capers, chilli and Parmesan