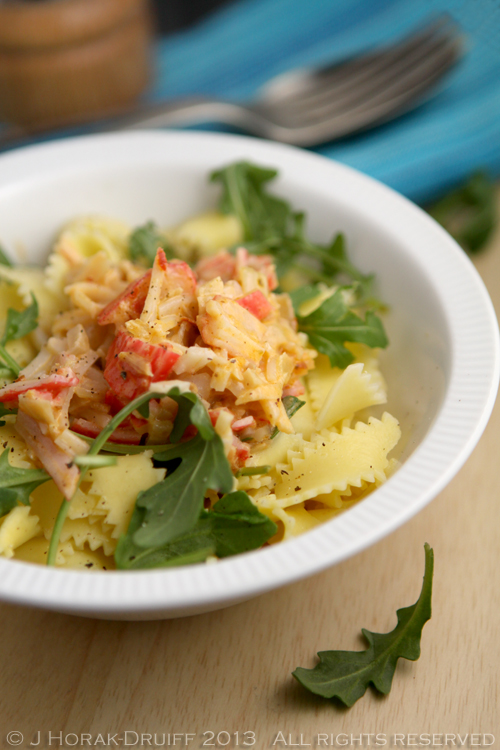 Isn’t it funny how we humans insist of describing various human characteristics by reference to animals? Take for example:

Some of these make perfect sense:  mice are indeed quiet (except when they are in your ceiling when you are trying to sleep!); bats are indeed blind; and the dodo is very much dead. Others make less sense:  a coot has a perfectly adequate head of feathers; I’m not sure that anybody has actually ever attempted to interview a clam about his/her general level of happiness; and I would say that the person who puts frogs in a box in the first place is a whole lot madder than the frogs!

Apart from these nicely balanced similies, you also get animal-themed adjectives like catty, batty, bitchy, fishy, foxy, mousy and weaselly.  Or maybe you’d prefer bullish, kittenish, mulish, owlish, sheepish or sluggish. Or even asinine (idiotic), bovine (passive),  elephantine (huge), leonine (having a mane of hair) or porcine (fat, greedy). Each of them takes a characteristic of the animal (real or perceived) and ascribes it to the person in question.  In some cases the link is clear:  kittens are playful and silly – much like a kittenish person. Cows are passive – much like a bovine person. And if I describe a person as mousey, you are left in no doubt as to their appearance and personality.  Some are less obvious. Why, for example, would a crazy person be described as batty?  Bats seem to be perfectly functional animals with no particular heritage of mental illness? And are asses really that much less intelligent than, say, zebras? One of the very first non-food bloggers I started following and subsequently befriended is the wise, witty, erudite and wonderful Ronni Bennett who has blogged thoughtfully about ageing and elder issues at her outstanding blog Time Goes By since March 2004 – a mere 2 months before I started blogging myself.  She first captivated me with her raw yet beautiful series on her mother’s final months which I read within a year of losing my own mother, and we soon became firm friends. On days when Ronni feels the need to vent about something particularly annoying, she writes under the pseudonym of Crabby Old Lady.  There you go again – another animal similie: crabby as in irritable, bad-tempered & unco-operative. Evidently, the use of the word crabby is a reference to a crab’s tendency to nip with its claws and it’s tendency to walk backwards or sideways, apparently making it a good metaphor for a difficult or unco-operative person.  Of course, this is probably entirely unfair to crabs, most of whom are probably deeply connected to the universe and concerned with their role in a civil and ordered society 😉

What makes me crabby is getting home from a holiday with a suitcase full of dirty laundry and nothing to eat in the house – which pretty much sums up our recent arrival back from our Norway ski trip late one Sunday night. Other than a packet of fresh rocket that I had randomly craved and picked up on my way home, it was going to have to be a store-cupboard & freezer meal – surely not a glamorous prospect??  But wait…  a couple of frozen crabsticks (yes, fake, pink crabsticks – so sue me) lurked in the freezer; there is ALWAYS pasta and pesto in the house; and a couple of ancient onions were rattling around the vegetable drawer.  The fortuitous result of these ingredients meeting up was this dish.  It’s super-easy to make; very budget-friendly; and far more glamorous than the effort or outlay involved might suggest.  Those trying to cut down on fat will appreciate its lack of dairy, and everyone will appreciate its light and zesty taste.  Nothing to be crabby about at all! 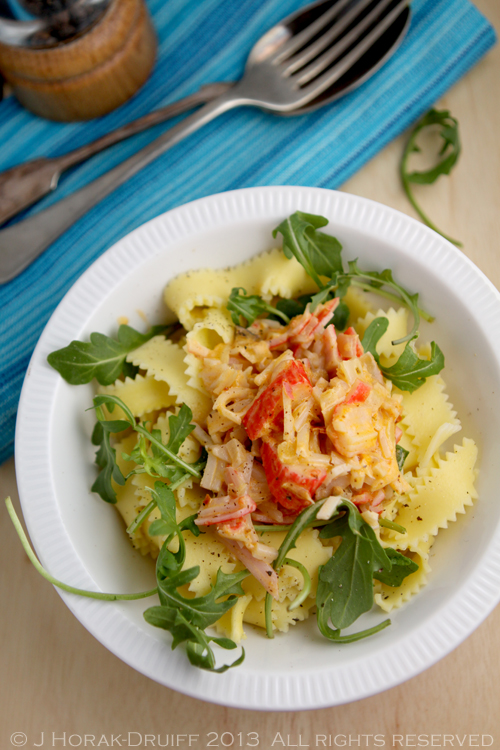 Print
Prep time
10 mins
Cook time
20 mins
Total time
30 mins
This quick and elegant dish makes the most of the humble crabstick and can be on the table in under half an hour.
Author: Jeanne Horak-Druiff
Recipe type: Entree
Cuisine: Italian
Serves: 2
Ingredients
Instructions
Wordpress Recipe Plugin by EasyRecipe
3.5.3229