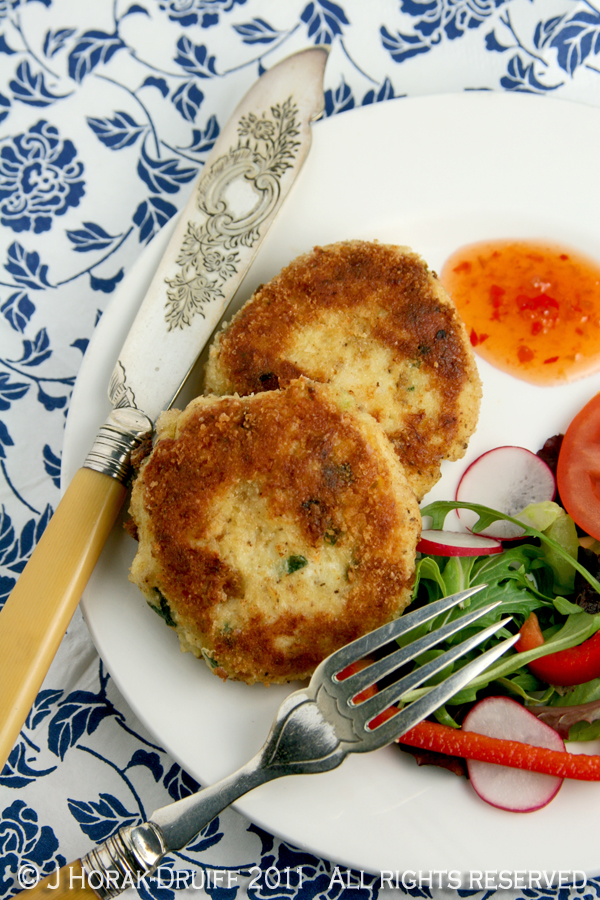 [Thanks to all of you who have been sending your good wishes and asking after my dad – it means more to me than you know.  Things have been up and down.  Immedately following the hip surgery last Wednesday night he went to ICU where he remains.  As a result of the antibiotics he has had a yeast infection in his mouth and has not really started eating or drinking again, other than the minuscule amounts of protein shake that the nurses manage to feed him every hour (25 ml or so – which is a tot measure) and the odd spoon of chocolate mousse that my sister can persuade him to eat.  It’s a real worry as he is not strong enough to get up and start rehabilitation, and he won’t get strong enough until he starts eating – but he seems singularly and frustratingly disinterested in doing that. So we wait and we hope and we pray.]

Living in a city like London means having a fairly constant tream of guests on your doorstep.  Not dinner guests or party guests as much as houseguests – friends from back home (or abroad) who are passing through London on their way to somewhere else; or who are using London as their base from which to explore Europe; or who simply want to come and see London (and me, I hope!).  I love having houseguests.  I love how sharing a house can make you comfortable around each other in a way that a sharing a table in a restaurant never can.  I love sitting in our conservatory late into the night, eating, drinking and talking.  I love showing visitors around London – the look on their faces when they emerge from Westminster Tube station to be confronted by the iconic bell tower of the Houses of Parliament; the joy of a ride on the London Eye; or the awe that St Paul’s Cathedral inspires in all those who visit it.  Even more, I love showing people my favourite off-the-tourist-trail gems, like the atmospheric and Byzantine Westminster Cathedral (not the Abbey – the Catholic cathedral in Victoria); the view from the top of Primrose Hill on a clear day; or the quirky shops along Columbia Road.

But all this pales into insignificance beside their look of anticipation when I utter these few magical words:

Let’s go to the supermarket.

Maybe my guests are particularly weird (!), but this one phrase makes their eyes light up with excitement more than the promise of any of London’s other delights.  I have had one guest who was game to go and trawl the aisles of our nearby 24-hour Sainsbury’s at about midnight, for the sheer novelty of it all.  And I have recently had guests who were willing to forego shopping in the West End or on Oxford Street in exchange for an hour in the giant Tesco near my house.  And I cannot tell a lie – in a foreign country, I behave in exactly the same way.  I remember nearly hyperventilating with excitement when I visited my first Trader Joe’s in San Diego in 2005 (and the checkout girl looked at me in amazement when I got excited about signing on my first electronic signature capture screen!).  In Chihuahua, Mexico, on the same trip we had the surreal experience of having the expensive tequila we selected removed from the locked display cabinet and taken to the checkout under armed guard (once we left the store though, we were on your own!!).  And it will take a while before my nose forgets the pungent and unmistakeable olfactory atmosphere of an entire section devoted to bacalaho in a Faro supermarket.

Each of these little vignettes, although not glamorous or particularly highbrow, tells you something about the country you are visiting.  A trip to the local supermarket tells you what the people like to eat (witness the entire aisle devoted to bean products in a Mexican supermarket); it tells you what is grown in abundance locally (think abundant cherimoyas on Spain’s Costa Tropical); and the friendliness of the checkout staff provides a microcosm of regional character.  I have for years defended my dirty little foreign supermarket habit by describing it as an authentic cultural experience – and it truly is. It was on one of these little outings in the USA that I picked up my first tin of Old Bay Seasoning.  It’s a herb and spice blend named after the Old Bay Line, a passenger ship line that plied the waters of the Chesapeake Bay from Baltimore to Norfolk, Virginia.  It is still produced in the Chespeake Bay area in Maryland where it was developed by German immigrant Gustav Brunn in the 1940s.  It is said that, at that time, crabs were so plentiful that bars in Baltimore, Maryland, offered them free and salty seasonings like Old Bay were created to encourage patrons to purchase more beverages.  For a few years now, I’ve been bringing back a couple of tins when I visit the US – it’s superb on crab, prawns, chicken, potatoes, vegetables.  But now I no longer have to do that because I am thrilled to have discovered a company called American Soda that imports it for me!

If you are a homesick American in the UK, craving treats from home and you have not yet discovered it, the American Soda site is going to be your new favourite place on the web.  A browse through their stock on the site revealed (unsurprisingly!) a host of American soda brands (think Mello Yellow, Dr Pepper and Mountain Dew) and sweet candy treats (Hershey’s Kisses of all flavours, Reese’s Peanut Butter Cups, Tootsie Rolls, Altoids, Lifesavers and more).  Even more fascinating is their selection of baking goodies (Betty Crocker and Duncan Hine cake mixes & frosting, a plethora of choc and other flavour chips for baking; and lots of marshmallow fluff which remains a mystery to me).  But my favourite is defintely the savoury foods – a plethora of hot sauces, Miracle Whip mayo, Kraft Mac ‘n Cheese, graham crackers, Krisco shortening, dill pickle spears and (to my utter delight) Old Bay Seasoning in its cheery yellow tin. Hurrah!

The nice people at American Soda have very kindly sent me a couple of free samples of their goodies to try and of course there was no competition as to which product I would use first.  Although I have often used Old Bay Seasoning on chicken, I have never used it on the thing it was originally designed to season:  crab.  So this weekend I dusted off my frying pan and decided to have my first go at crabcakes.  The recipe is cobbled together from various recipes I have found on the Web (there is a recipe on the tin itself but no indication as to hoe many crabcakes it makes, so I didn’t use that one) and despite my inexperienced hand at crabcakes, these turned out perfectly.  To make sure that the Old Bay flavour really comes through, I not only added it to the crab mix but also to the flour used to coat the cakes and I loved the spicy edge this imparted.  Nick didn’t even add much Tabasco sauce, which counts as a bona fide culinary miracle in our house 😉  Stay tuned to see how I use my Reese’s Peanut Butter Chips and my Vlasic Kosher dill pickle spears. Heat a little oil in a large frying pan (you can use the same one later for the crabcakes) and sautée the spring onions and garlic until soft but do not brown them.  Remove from heat.

Mix the flour with 1/4 tsp Old Bay Seasoning.  Place the seasoned flour, the beaten egg, and the breadcrumbs in three SEPARATE wide, shallow bowls.  You will need to dip the cakes in each of them, so make sure there is space for the cake and your fingers to fit!

In a mixing bowl, mash together the crabmeat, mashed potato onions and garlic, mustard, mayonnaise, cayenne pepper and 1/2 tsp Old Bay Seasoning. Form about 2 heaped Tbsp of the mix at a time in your hands to make a cake (roll into a ball between your palms, then flatten slightly).

Dip each cake into the egg, then the flour, then the breadcrumbs to coat.  Don’t worry too much about whether there is 100% coverage and resist the urge to re-dip!  Place the cakes on a plate and when they have all been coated, place in the fridge to chill for 40 minutes.

When the cakes are chilled, heat a shallow layer of oil in your frying pan until it sizzles when a breadcrumb is dripped into it.  Place the crabcakes carefully into the pan in a single layer (you may have to work in batches) and cover with a splatter screen.  Allow to cook for about 4-5 minutes or until they are turning a lovely golden brown on the bottom.  Turn over carefully with a spatula and repeat on the other side.  If working in batches, place the cooked cakes on some kitchen paper to drain and keep warm while you do the next batch.

I served mine piping hot with a mixed salad and some sweet chilli sauce, but you could also posh them up with some wedges of lime and fresh coriander; or a wasabi mayo.