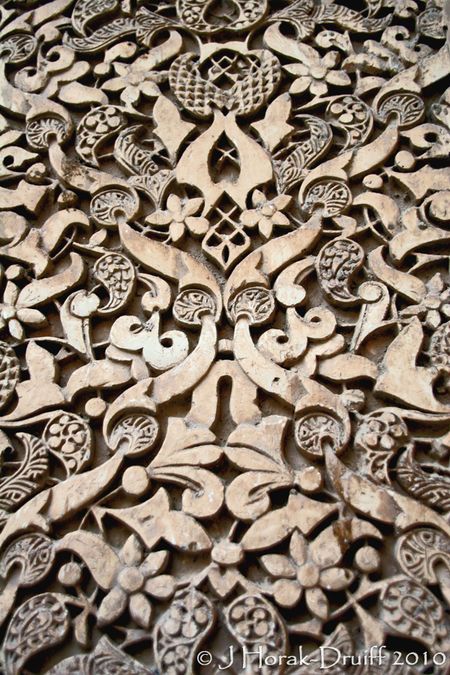 The Alhambra (today a UNESCO World Heritage Site) is a palace and fortress complex constructed during the mid 14th century by the Moorish rulers of the Emirate of Granada in Al-Andalus, occupying the top of the hill of the Assabica on the southeastern border of the city of Granada in Andalucia, Spain.  The Alhambra’s Moorish palaces were built for the court of the last Muslim Emirs in Spain, who were of the Nasrid dynasty. The courtyards and halls of these palaces are covered in intricate carvings like this and kept me spellbound for hours when we visited a couple of weeks ago.