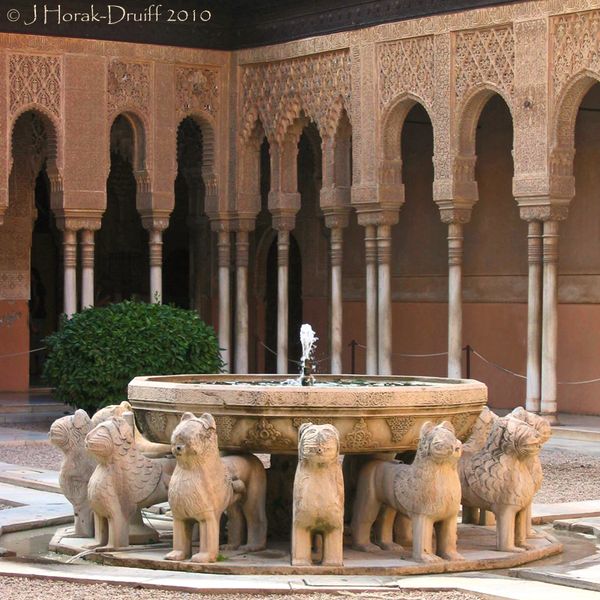 The Court of the Lions is the main court of the Nasrid Palace, part of the spectacular Alhambra, a Moorish citadel in Granada, southern Spain.  It was constructed in the second half of the 14th century, during the reign of Muhammad V and consists of twelve carved marble lions surrounding a fountain. It is one of the most beautiful and mesmerising places I have ever visited, and the photo is appropriate as I will be doing so again this week.  If you have not visited the Alhambra and Granada, I cannot recommend it highly enough as a place to marvel, to admire and to dream.