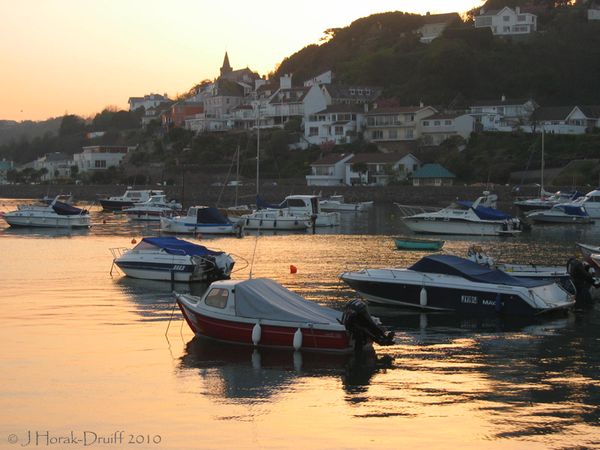 When I tell people I am going to Jersey for the weekend, they usually say something like “gee, that’s a long way to go for a weekend”, assuming that I am going to New Jersey in the USA.  But in fact, I am going to the the Bailiwick of Jersey, a little British Crown Dependency island off the coast of Normandy, France.  It is a separate possession of the Crown and not part of the United Kingdom, meaning it has its own tax regime and currency, but people living in Jersey are British citizens and the UK is constitutionally responsible for the defence of the island.  It is also a very pretty place to spend a weekend, with sandy beaches, excellent cuisine, castles and fortifications, and picturesque harbours like this one directly below Gorey Castle.

Please remember to vote for me in the South African Blog Awards where I am a finalist in the Best Food and Best Overseas Blog categories!  You can vote once a day till 17 September.  Thanks!