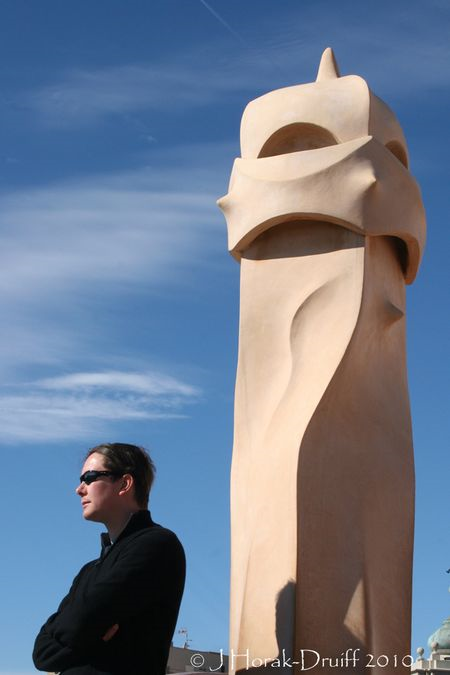 The Catalan architect Antonio Gaudi is probably best known for his (a yet unfinished) Sagrada Familia cathedral in Barcelona, but the city is also dotted with other landmarks designed by him.  Although Parc Guell with its long, winding long mosaic bench and lovely views over the city remains my favourite place in Barcelona, the roof of La Pedrera (or Casa Mila) comes a close second.

The block of flats was designed by Gaudi and completed in 1912.  So determined was he that residents should get to know each other, that he only had lifts installed on every second floor, forcing residents to mingle.  He also constructed a spectacular undulating roof terrace where residents could stroll and take in the view together with some fresh air.  All the functional protrusions from the roof, particularly ventilation pipes, were clothed in spectacular organic forms, so that many of them look very little like ventilation and very much like armoured guard, keeping a close eye on the city below them.