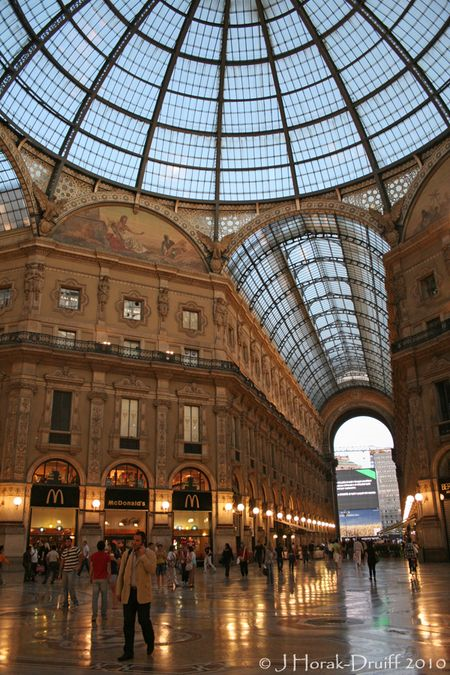 The Galleria Vittorio Emanuele II is a covered double arcade in Milan, formed of two glass-vaulted arcades at right angles to each other and intersecting in an octagon.  The Galleria connects two of Milan’s most famous landmarks: the Duomo and the Teatro Alla Scala, but the Galleria is a landmark on its own right.  More than 130 years after its inauguration, the graceful four-story arcade includes elegant shops selling most things from haute couture and jewellery to books and paintings, as well as restaurants, cafés, and bars.  A year ago, I was in Italy, enjoying a glorious week of summer with my sister-in-law and my nephew.  She and I were amazed at the architecture and the shops of the Galleria. All my 7-year-old nephew cared about, on the other hand, was that it was still light at 21h30 at night.