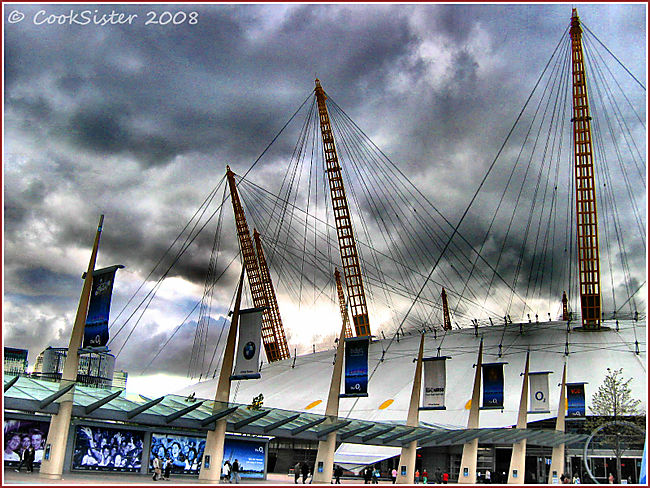 Built in 2000, the Millennium Dome in North Greenwich was much maligned during its first year when overruns on budget caused it to make far less money than predicted, with taxpayers footing the bill for the shortfall.  It closed on 31 December 2000 and for at least 6 years it stood empty, a very visible white elephant marooned on a peninsula in the Thames.  New owners O2 rebranded it in 2005 and it reopened as a multi-use entertainment venue.  It now houses cinemas, restaurants, an exhibition space, an intimate venuw for concerts and launch parties, an ice rink in winter, a beach in summer, and a 20 000 seater concert arena where I will see Coldplay in December.

The picture has been fairly intensively Photoshopped, with the midtone contrast and saturation being pushed as far as they could go.  Even though I don’t usually like over-manipulated pictures, I fell in love with the grainy feel and the apocalyptic look of the sky.