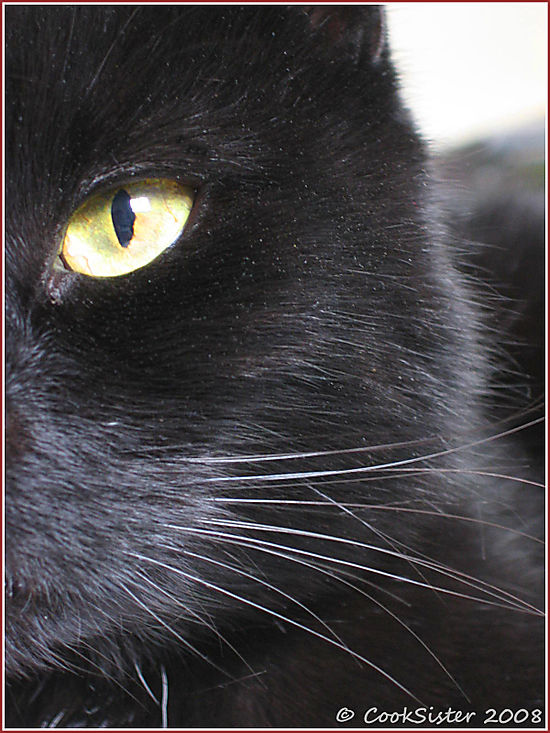 Troy arrived in our street as a kitten with no return address back in 2004.  Nobody could figure out if he was lost, abandoned, or just on a feline adventure to meet new people.  What was certain, though, was that he was a heartbreaker:  pick him up and he’ll put his arms around your neck, nuzzle your nose and stare into your eyes in total adoration. In the end our neighbour adopted him, but he’s always known that our house belongs to him too, and that he has me and Nick wrapped around his furry, black little finger.