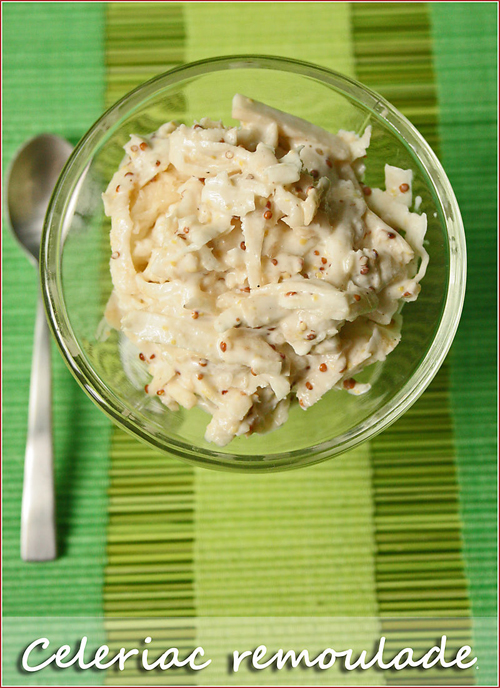 Nick and I are currently trying our best to learn conversational Spanish.  Why?  Ummm, because I’ve always wanted to learn a modern European language (Latin, I’m told, doesn’t  count!), and Spanish seems the most useful as it’s spoken all over South America as well as in Spain.  So here we are, about halfway through our course and battling to remember when to use the estar or ser form of the verb to be; or when to use el banco or un banco.  I can feel new synapses forming in my brain already!

But one of the things you always have to watch out for when learning the vocabulary of a foreign language is false friends – words that look so similar to English words that you assume they mean the same thing… but in reality they don’t.

* bizarro is not so bizarre after all;

* carpeta is not something you will find covering your floor;

* being embarazado may be a very happy event;

* an exito is not the way out; and

* you won’t be doing any shooting with a revolver.

A culinary example of a false friend is a roulade and a remoulade.  They look pretty much the same, give or take two letters, so obviously they must be pretty much the same thing, right?  On this basis, I was always puzzled by the idea of celeriac remoulade – I mean, how could you roll something in a piece of celeriac?  Or, for that matter, why would you want to bake celeriac into a roll of something else??

A roulade is a French culinary term referring to a thin piece of meat roll around some sort of filling and secured before cooking (although these days it also refers to other rolled dishes, including sweet dishes).  But a remoulade is a thick mayonnaise-based sauce, often flavoured with mustard, capers or anchovies.  Not so similar after all!

Celeriac is definitely not something I grew up with.  In fact, when I came to the UK, I don’t think I could have told a beet, a parsnip and a celeriac apart if my life depended on it.  But slowly it seems to have found its way into my lexicon and my kitchen.  Celeriac (or Apium graveolens) is a type of celery grown for its bulbous tap root rather than its leaves and stems – it also goes by the rather unfortunate name of knob celery ;-).  It’s a very versatile vegetable which can be mashed or made into a soup or gratin like potatoes but with only 5-6% of the starch; or it can be grated and eaten raw in salads.  It has the same sort of flavour as celery but less intense.

I’ve had it a couple of times in restaurants, most memorably at Tom’s Kitchen and Vivat Bacchus, but had never made it myself until Nick arrived back from a solo grocery shopping expedition the other day with a huge bulb – “It was marked down!”.  Bless.  For a change, the weather played along and we were able to have a cosy little braai a deux for dinner, and to accompany the grilled meat I could think of nothing nicer than some crunchy celeriac remoulade.  We kept ours simple, but you could certainly spruce it up further with the addition of cornichons or capers.  It’s definitely going to be a regular on our summer menu from now on!

Celeriac is high in Vitamin C, calcium and potassium and is low in fat (which makes up somewhat for the mayonnaise dressing…!).  The only note of caution is that it oxidises really quickly, so once cut, you need to rub the cut surfaces with lemon juice to prevent them from turning brown and then black.  Once grated, make sure to mix the celeriac with the dressing as soon as possble to prevent discolouration.

Peel the celeriac (easier to use a very sharp knife than a vegetable peeler as the skin is quite robust!) and grate it.  If you have only used half the celeriac, rub the cut surface with lemon juice before wrapping in plastic wrap and returning to the fridge.

Place in a bowl with the mayonnaise, mustard, lemon juice and optional capers and parsley.  Mix well.  Check for flavour and add mayo or mustard as required.  Add salt and pepper to taste and serve with grilled or cold meats – or on a sandwich!

Other remoulades on the food blogs: