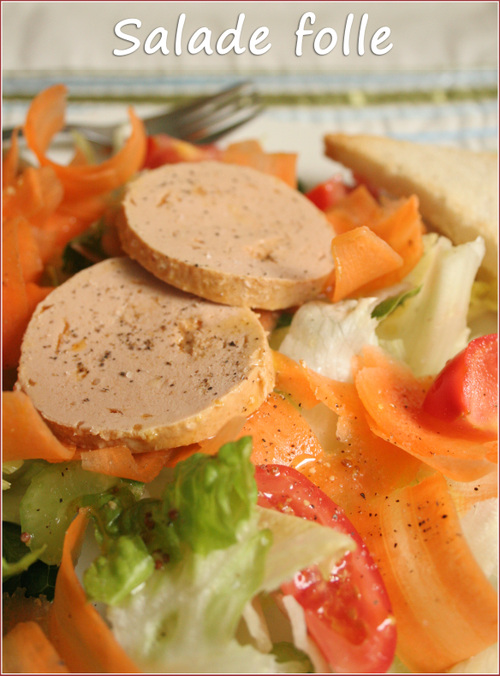 When I was a teenager, I used to be a veteran shopper for souvenirs and knicknacks.  I remember hours of dragging my mom through curio shops buying salt cellars shaped like Siamese cats, crystals, little ornaments for my printer’s tray (remember those?  You will if you grew up in South Africa in the 1980s!!) – you name it.  I’m pretty sure that somewhere in the boxes I have in storage back in South Africa, you will find oversize pencils from our 1983 Paris trip, a minature St Bernard soft toy from the Grand St Bernard Pass, pens with little boats sailing in some viscuous liquid along their length…

Evidently, I was a magpie in a previous life. Either that or a Womble.

The first great scaling back of my hoarding tendencies came when I moved out of my parents home and into a 2-bed apartment.  Suddenly the endless cupboard space was severely curtailed and I realised that if I did not stop buying stuff, soon I’d be sleeping on the balcony and my stuff would be sleeping in my bed, eating my food and cuddling up with my soon-to-be husband!!  Moving to England was the second great wake-up call as regards hoarding, and I must say that I have all but dispensed with the urge to acquire anything except books, DVDs, CDs… and food.  You see, these days when we go travelling, the things I am most likely to bring back as souvenirs are edible.  Italian balsamic vinegar and pasta.  German speck and sweet mustard.  Candied violets from Toulouse.  Austrian fresh horseradish. Spanish Jamon Iberico de bellotta.  And French foie gras.  Not the whole thing, vacuum-packed (although that is possible) – no, dainty little tins of it, all prepared, seasoned and ready to serve.  Now THAT’S fast food I could get into!

Foie gras literally means “fatty liver” and consists of the liver of ducks or geese that have been force-fed to capitalise on their natural tendencies to gorge before migration.  This gorging results in a fatty liver and humans have been practising this feeding technique since 2500BC. It is a speciality of the south-west of France but its production has been banned in some countries.  I am not going to enter the heated debate about foie gras here – I have eaten it, I continue to eat it and I’m not sure that its production is any more cruel than most intensive farming practices.  It certainly affects far fewer animals than ghastly battery chicken farming.  And if you love the taste but hate the idea, is possible to find ethically produced foie gras where there is no force-feeding but instead the geese are slaughtered just before migration season when they have naturally gorged themselves and fattened their livers.

Foie gras comes in various forms, ranging from the labour-intensive to prepare, to the dead easy. Foie gras entier consists of the entire liver (one or two lobes).  It can be sold either cooked (cuit), semi-cooked (mi-cuit) or raw (frais) and is good for preparing either au torchon (moulding the liver by wrapping it in a tea-towel and cooking it in a waterbath), or quickly at high temperatures (pan-searing, grilling).  The liver usually has to be deveined (time consuming and a bit fiddly), but some say that not deveining it helps to keep it together when cooking – a deveined liver can be like tryng to grill a lump of butter! Foie gras can often be bought from speciality shops in glass jars and consists of pieces of cooked liver moulded together (possibly by a method similar to au torchon).  Bloc de foie gras consists of a fully-cooked, molded block of smooth foie gras, usually sold in a tin and containing 98% foie gras (the rest is mainly seasonings like Armagnac).  If the tin states avec morceaux, this means there are pieces of whole liver included.  And at the bottom of the quality scale there are pate, mousse or parfait de foie gras. These must contain at least 50% foie gras, but the rest can be made up of other meats and seasonings.  These are unlikely to give you the full silky, rich flavour of foie gras unless they have a very high percentage of the liver. 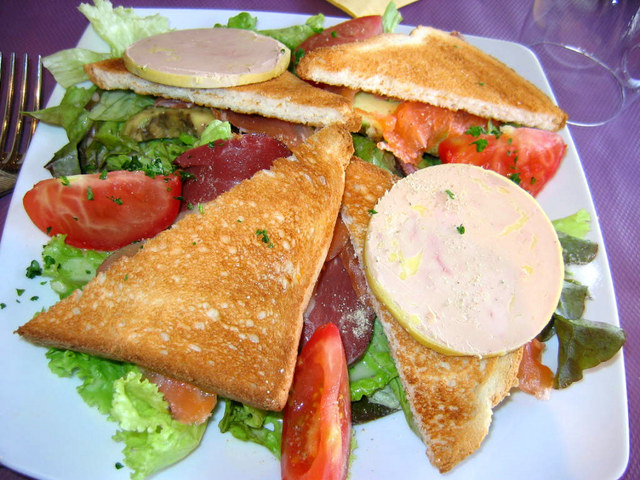 When we went to Paris in 2004, one of the first meals we had was in a little cafe near the Pere Lachaise cemetery.  We were planning to go out that night so I opted for a lighter salad while Nick dug into something more carnivorous.  I had never heard of a salade folle (“crazy salad”), but the menu description was so… well, crazy that I had to try it.  I mean foie gras, smoked salmon and cured beef on one salad??  Surely I was reading the menu wrong?  But no – it arrived containing everything the menu had promised.  It was the first time I had tasted foie gras (one of those brave culinary moments!) and I was instantly hooked to those discs of delight with the taste of liver and the consistency of butter.  On subsequent trips to France, I have often come back with tins of bloc de foie gras which litter my shelves, but for some reason I have never tried to recreate the salad that first made me fall in love with the stuff.

This weekend, though, the weather in London was so delightfully summery that it called out for a salad, and I decided that this should be that salad.  It seems that the ingredients are quite flexible but foie gras plus at least one other luxury ingredient are required – could be smoked salmon, could be lobster.  I decided that this would be gilding the lily and opted instead for a salad topped only with slices of the bloc de foie gras and toast points, with some rather good caramelised red onion relish on the side.  I would recommend the carrot curls – their sweetness and crunch make them ideal partners for the foie gras.  And if you are not a fan of foie gras, you can replace it with a slice of any pate or terrine that you like.  Go crazy! About half a head of lettuce leaves
2 vine-ripened tomatoes
About 5cm of a cucumber
2 sliced spring onions
2 medium carrots
2 slices of white bread, crusts cut off
1 small tin of bloc de foie gras (or similar)
a few slices of smoked salmon (optional)

Wash and shred the lettuce.  Slice and quarter the cucumber and slice the spring onions.  Peel the carrots, then slice them with a mandolin or vegetable peeler into thin strips.

Cut the crusts off the bread and place under a medium grill in the lower half of the oven so that they crisp up slowly rather than carbonise.

Mix the dressing ingredients together, preferably in a small bottle and shake well.

Carefully remove the foie gras from its tin.  The tins have ring-pull openings at both ends – remove both and allow the foie gras to slide out.  Using a very sharp, unserrated knife, slice the block carefully into 1/2cm slices.

Toss the salad, dress, and top with the foie gras and toast points (and smoked salmon, if using) to serve.