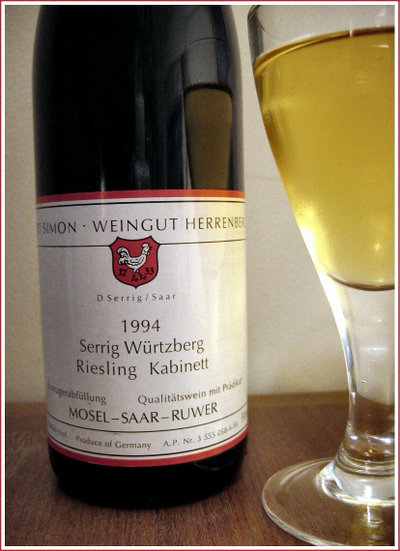 Here are some two-word combinations that explain why many people think they don’t like Riesling:

The first two are brand names of mass-produced, mass-marketed syrupy examples of Riesling which is unfortunately the persistent impression that most Brits have of Riesling, formed during their formative years when they (like the rest of us!) started their drinking career on something cheap and sweet.

The third is the correct name for the obscure French variety of grapes (originally from the Landes region in Southwest France, now almost extinct there) which was grown and marketed in South Africa as Paarl Riesling, and what I grew up thinking to be the real deal.   I would read that Riesling is one of the most noble and complex white grapes, then sip this grassy and often quite acidic wine and think “they’re having a laugh!”.  (interestingly enough, in Australia Crouchen was bottled as Claire Riesling.)  It was only in the 1970s that this wine was differentiated from true Riesling, which was then marketed in SA as Weisser Riesling.

But I digress.  To all the people who are afflicted by the abovementioned couplets of words and who believe that there is no such thing as a good Riesling, I have only two words that will lead you on the path to salvation:

As soon as I came to the UK and started drinking proper European Rieslings, I knew I was onto something, so we always looked out for them when we went wine shopping.  A trip to Alsace in 2000 further cemented Riesling’s position as probably my favourite white grape.  But sadly, the affordable examples of Riesling that reached the UK shores were still largely of the Liebfraumilch/Blue Nun/Black Tower persuasion.  And then one day… we went to our local Majestic Wine Warehouse, and there on the shelves for something like £5 per bottle, was this Bert Simon Riesling Kabinett.

The wine comes from the Mosel-Saar-Ruwer (renamed the Mosel in 2007) German wine region, where wine has been cultivated since the second century AD and named after the three rivers that criss-cross it.  These rivers create a very specific and unique microclimate both because the expanse of water keeps extremes of temperature at bay, and also because of the steep valleys they have carved – some vineyards sit at an angle of 65 degrees which makes hand-picking almost compulsory! These steep slopes not only maximise sun exposure but also ensure excellent drainage.  Another feature of the region is its particularly slatey, minerally soil and Riesling grapes (which make up 54% of the grapes grown in the region) is particularly good at picking up these flavours.  The wines of the region are known for their intense fruitiness, low alcohol and racy acidity.  And if you want to see all those characteristic personified in one bottle, this Bert Simon Kabinett is your wine.

Before we discuss it though, a quick word about German wine types:

Kabinett is usually the freshest and most delicate style that an estate will make.  It will be made from normally-ripe grapes picked early in the harvest.

Spaetlese is German for “late harvest” and the wines have more richness and body on account of being left to ripen for another week or two.  Once harvested, it can be made into three styles: lieblich (fruity), halbtrocken (off-dry), or trocken (dry), depending on what the winemaker is trying to achieve.

Auslese means “selected from the harvest” and is made from overripe, late-harvested grapes which are hand selected for ripeness, bunch by bunch.  The wine is usually made in a fruity style with residual sweetness and there may be some botrytis.

Beerenauslese means “berry selection” and these wines are dessert wines made from individually selected overripe grapes that are fully affected by botrytis.

Trockenbeerenauslese literally means “dry berry selection” – where the wine is made from individually selected berries which have been completely shriveled by botrytis, concentrating the flavours.  The finest and rarest dessert wines are made in this style.

So from that, you can gather that this Riesling is actually in a pretty delicate style compared to it’s more rareified cousins.  And yet, and yet… when we drank this about a year ago, it was thirteen years old.  Think about that – a thirteen-year-old unfortified white wine.  Nick was a little suspicious, especially given the reasonable price, so we only took two bottles.

But after we tasted it you could hear the sonic boom as we broke the sound barrier racing back to Majestic to buy the rest of their stock.

The Bert Simon 1994 Serrig Wurtzberg Riesling Kabinett showed its promise right from the start.  The colour was just a joy to behold – a deep and intense straw gold that was lovely to behold.  The nose promised further delights – dried apricots, honey, burnt caramel and very sweet ripe grapes (also some characteristic kerosene notes).  But it was the palate that blew us completely away, and it was not at all as sweet as the nose might suggest.  Yes, there were apricots.  Yes, there was an intense honeyed sweetness that seemed to seep through your soft palate and go intoxicatingly to your head via your nose. Yes, there was a pineapple upside-down pudding kind of sweetness-with-a-bite.  But as you swallowed and all these flavours melded, there was a also a clean and zesty acidity that left your palate cleansed and ready for the next sip, even as the apricot and tinned pineapple flavours lingered on and on.  We enjoyed it with Thai food and it was a marriage made in heaven.  But you could just as easily have a chilled bottle as an aperitif on its own.  And the best is that it has less than 10% alcohol, so you would still be able to walk to the dinner table after you’d drunk it!

We have had a couple of other vintages from the same producer and I have to say they are all outstanding.  If you can get your hands on some, just do so.  And as for the pics below, last summer Andrew challenged me to do a visual tasting note of a wine, and this is the wine I chose, so it’s only fitting that the visual tasting notes are included again here. 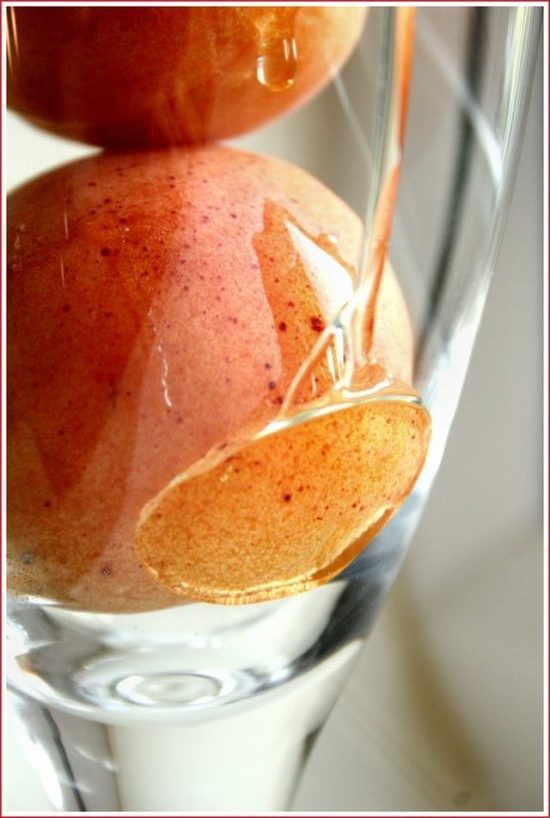 This post is my submission to this months’ Wine Blogging Wednesday, an event from which I’ve been lamentably absent of late.  Tim of Winecast chose Old World Riesling as a theme, so how could I refuse?  And although I realise it’s no longer Wednesday, a little bird told me that he might still accept an entry as the roundup has not yet been posted…