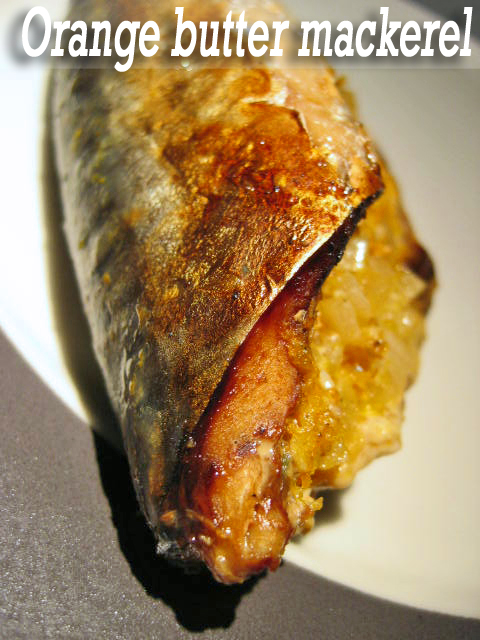 When I was a little girl, one of my favourite movies was The Rescuers.  I loved Evinrude the dragonfly, I loved Orville the albatross, I adored stylish Miss Bianca and good-hearted Bernard.  One of the lines I remember best from the movie was the fact that Bernard always greeted every unexpected event with “holy mackerel!”.  Now I had no idea what a mackerel was, why it was holy or why he would be saying it, but I liked the sound of it.  And I was even more fascinated when my mom informed me that a mackerel was a type of fish.  Really?  A holy fish?  How intriguing to my 9 year old brain.  Later that year, we had a competition at school to illustrate a well-known saying.  Some kids drew eggs (unhatched chickens) being counted; some drew carts before horses; others, pearls before swine.  And me?  I drew a fat, smug totally-un-mackerel-like fish wearing a giant gold crucifix around its neck.

I did a bit of research into the origins of the phrase and found that, like many other expressions beginning with the word “holy”, it is probably an attempt to find a less offensive alternative to an oath containing something blasphemous.  It has been suggested that holy mackerel is an alternative to either Holy Mother or holy Michael and almost certainly originated in the USA in the early 1800s.  So I’m afraid no canonised fish was involved.  I did, however, learn that the French word for mackerel is maquereau – but the word is also used to denote a pimp.  Apparently in folklore, mackerel are supposed to lead other fish to their spawning grounds – making it a facilitator of fishy fornication!  You heard it here first 🙂

In South Africa, I had only ever eaten mackerel in its smoked and peppered form, in which guise it was a popular addition to my family’s favourite Saturday lunches of cold fish:  pickled fish, anchovies, sardines, rollmops and mackerel.  I was also used to making smoked mackerel pate with it, but until I came to London I had never eaten or even seen a fresh mackerel.  Atlantic mackerel are marine fish belonging to the family Scombridae, making them related to tuna and bonito.  They are rather attractive fish with a silvery skin patterned with black zebra stripes, but even more attractive is what lies beneath the skin.  Mackerel is classified as oily fish, high in omega-3 fatty acids (a type of poly-unsaturated fatty acid which can reduce your likelihood of cardiovascular disease and improve inflammatory conditions such as arthritis), as well as being a good source of Vitamins A and D.  The flesh is dense and quite noticeably oily, with a very fishy taste – wonderful if you like fish but less so if you are not a fan! Because the flesh itself is rich, it is probably advisable to avoid rich sauce with your mackerel, but citrus or spicy Asian flavours work extremely well.

If you are into mackerel trivia, here are two for your collection:

Or if you are purely into its delicious taste, and seeing as mackerel is currently in season, here’s a recipe for your collection: You will probably have to slice the mackerel open more than they already are – in fact, butterfly them.  If you have time, I think removing the spine and most of the bones won’t be impossible – might be advisable for kids!

Mash the softened butter in a bowl together with the garlic, salt and pepper.  Add the orange zest & mix.  Add the juice and the onion and mix again.

Season the flesh of the fish with salt & pepper and spread equal amounts of the orange mixture in each fish.  Close the fish (no need to secure) and wrap each fish in greased tinfoil, making a neat parcel so the juices can’t escape.  Place in an ovenproof dish and bake at 200C for about half an hour.

When you open the parcels, there is quite a lot of lovely buttery, orangey liquid – I poured this off into a ramekin & served it alongside the fish as a dipping sauce – just divine.  Health food it ain’t but just take my word and try it!