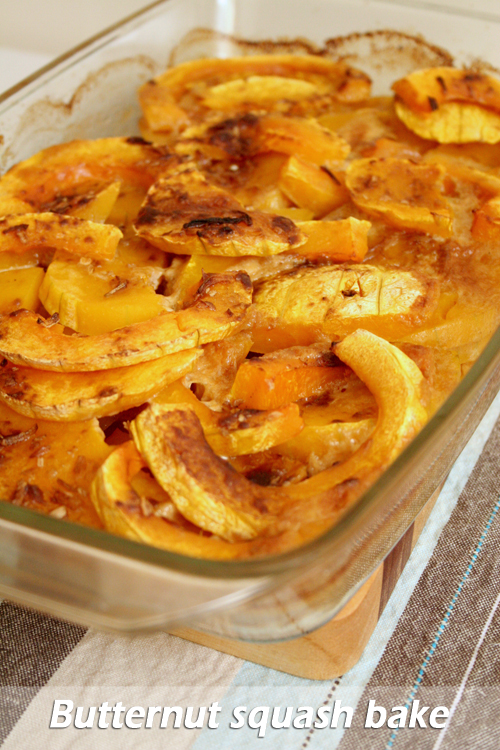 One of the many things that sets the South Africans apart from the British is our deep affection for pumpkins and other squashes.  I do wonder whether it’s a climate-related issue, as gourds generally like a dry climate. Maybe this is why we share our love of gourds with our American cousins. Either way, butternut squashes and their ilk are still approached with some trepidation in the kitchen by many of my English friends, whereas in my kitchen they are old friends and trusty standbys.

But I digress.  Another culinary quirk that sets us apart from the Brits (and this one is shared by housewives of the American midwest, apparently… see the comments!) is our reliance on packets of brown onion soup powder.  I don’t think there was ever a time that my mother’s kitchen ran out of this multi-purpose wonder ingredient, and I know for a fact that she was not alone.  If you asked a friend’s mother for her recipe for a particularly delicious savoury dish, 7 times out of 10 the recipe would start with “well, you take a packet of brown onion soup…”.  It is the secret ingredient in stews, potato bakes and various vegetable dishes – like the one I will share with you below.

This recipe is one of my most tried and tested ones and even if your guests profess not to like butternut squash, this is the recipe most likely to convert them.

Try it and see! 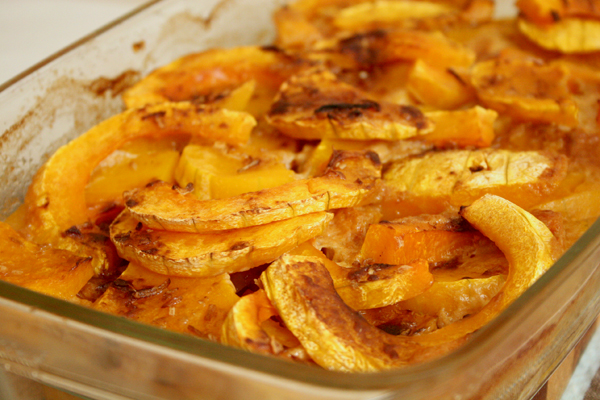 BUTTERNUT SQUASH BAKE (serves 6 as a side dish)

Lightly grease a large, shallow ovenproof dish and pre-heat the oven to 190C.

It’s up to you whether or not to peel the squash.  The cooking is so long and slow that even if you leave it unpeeled, the skin gets to be soft enough to eat.  If you plan to leave it unpeeled, though, do give it a thorough scrub.  Slice the squash into 1cm thick rounds, scooping out the seeds.  Slice each round in half.

Start by placing a layer of squash slices on the bottom of the greased dish.  Pour over some of the cream and then sprinkle liberally with the brown onion soup.  Repeat, making layers of squash, cream and soup until all ingredients are used up.

If you want a crispy crust, cover the top with the breadcrumbs.  Cover the dish with aluminium foil and bake in the pre-heated oven for 60-90 minutes or until the squash is meltingly soft.  Remove the foil about halfway through and turn on the grill for the final few minutes if you want a browned and crispy top.