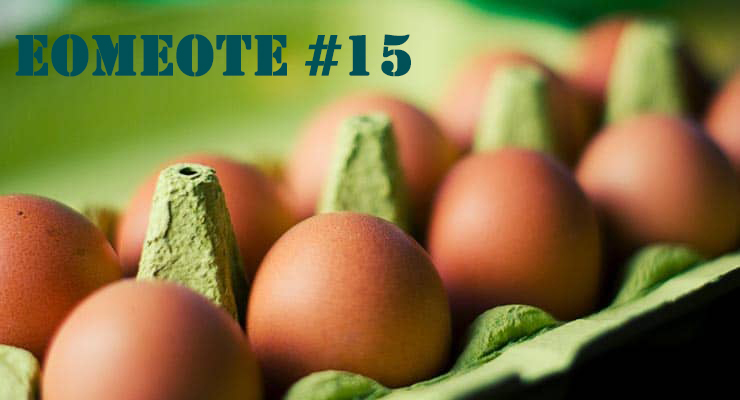 It was a Tuesday afternoon.  Business was slow at the Cracked Shell detective agency. Troy Yolk stared moodily out through the grimy Venetian blinds covering his window and out into the street below, slowly clenching and unclenching his jaw.  He hated these times between jobs. Too much time to think.

Suddenly there was a knock at the door.  His secretary Esther Fritata peered round the door.  “Someone here to see your, Mr Yolk.  She says it’s urgent.”  “Troy swiveled his chair to face the door and said “Send her in”.  Esther stepped aside and into his office stepped Coco Meringue.  Everybody knew Coco.  She had been a dancer at the Spicy Omelette club until she had married her richest client and then stopped work for good.  So what was she doing here at the Cracked Shell, looking nervous and fragile and achingly gorgeous?

“Mr Yolk”, she drawled in her soft Southern accent, “you simply must help me.  I don’t know who else to turn to.  They’ve taken him.”  Troy’s eyes narrowed as he took a drag on his cigarette.  “Taken him?  Taken who?” he asked.  “Why, my husband, of course.  I came downstairs this morning and the door was open and he was gone.  All I found was a note.”  “A note?” asked Troy, “Do you have this note with you?”.  “Why of course, Mr Yolk, here it is”, she said, reaching into her small pink purse with perfectly manicured nails and handing him the note.  Troy unfolded it, aware of Coco watching him closely as his eyes flicked over the words.  This was going to be interesting.  Really interesting.  And it was all going to be over by the end of the month.

OK, so I was kidding about the end of the month thing.  But it is in fact That Time of the Month again, and since the End of Month Egg on Toast Extravaganza has turned into something of a bi-monthly ovo-literary event, it’s time to crack some shells, dip your nibs in ink and come up with your entry!  As you have probably guessed by now, the theme is Film Noir, Hardboiled Fiction – call it what you like.  The preceding paragraphs above should get you in the mood!!  Our charming host this month is Stephanie over at Dispensing Happiness, so pop over and see what she requires from you.

And for those of you who want a potted history of the End of Month Egg on Toast Extravaganza, check out these links: