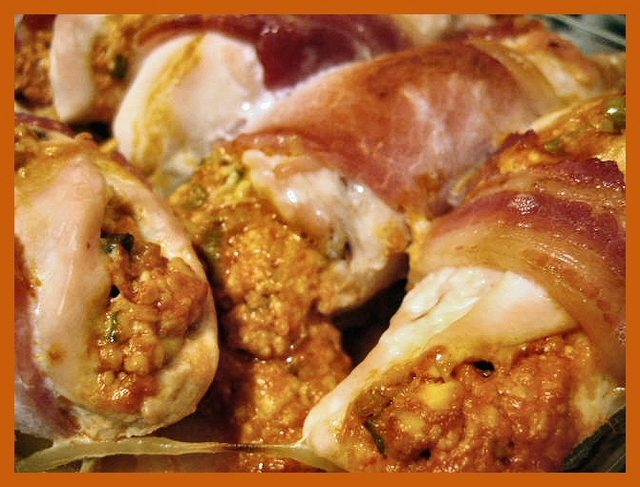 After my Christmas cookie blast-from-the past post, I thought it fitting to do something a little more recent – my birthday lunch a couple of weeks ago at home!  Yes, sadly the Cooksister is another year older, although I have decided to follow in the footsteps of Johanna‘s grandmother who reached her mid-sixties and then decided to start reversing her age with each birthday.  So she had a  sixtieth birthday, later a fiftieth, then a fortieth and so on.  And clearly it must have had some health benefits because she got right back to her thirties again!  You just have to time it a little bit carefully so that you don’t end up having to celebrate negative birthdays 😉 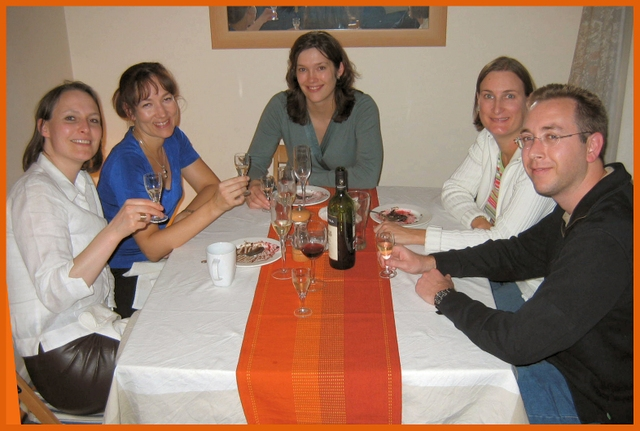 But I digress.  So it came to pass that my birthday rolled around again, and on the Big Day I went to the Fat Duck for lunch with Johanna, and a week later I had a little birthday dinner at home.  We were only seven, so I decided to do something a little special for dessert (individual chocolate fondant puddings), which led me to thinking about making something not tooooo rich for the main course (you can see the order in which my meals are constructed!).  Now filled chicken breasts are one of my favourite quick dinners to make for friends.  You can make them as elaborate or as simple as you like; bland or packed with flavour;  rich and fatty or lean & mean.  The choice is yours.  And you can do endless variations on a particular recipe, depending on the end result you are aiming for.  There is one particular recipe that I made regularly when I was living in South Africa that involved stuffing a chicken breast and oven-baking it topped with breadcrumbs and Parmesan – always a hit at dinner parties!  In fact, the recipe that I chose for my birthday was similar to this in terms of stuffing, if not topping.  (Judging by the lettering and the paper of the clipping pasted into my recipe book I suspect it may originally have come from the South African Sunday Times magazine – source of many of my early favourite recipes!!) 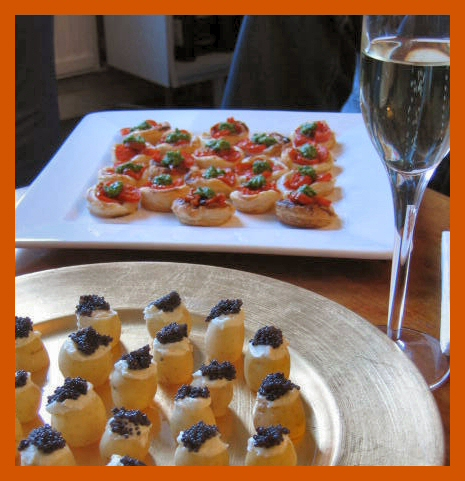 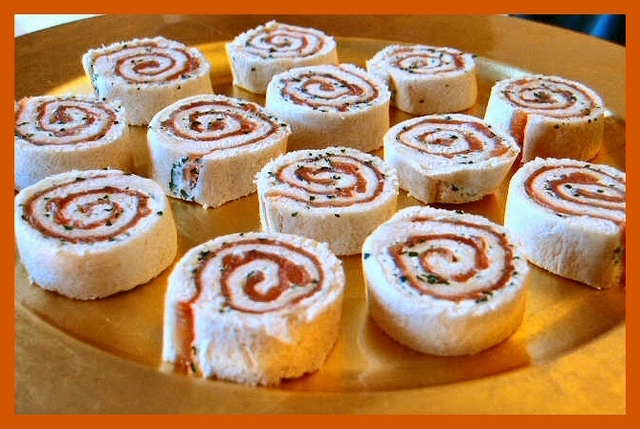 So, on to the evening in question.  Johanna had kindly agreed to bring canapes – and believe me, if anybody knows about canapes, it’s Johanna!! I helped her to cater for a drinks party back in November and she was just sooooo good.  She brought puff-pastry mini galettes topped with cherry tomatoes and pesto; baby potatoes topped with wasabi creme fraiche and caviar; Thai chicken balls with a dipping sauce and my perennial favourite smoked salmon roly polies.  What a wonderful array of canapes to accompany my opening of my presents!  And all washed down with cava in copious amounts!! (see picture below…) 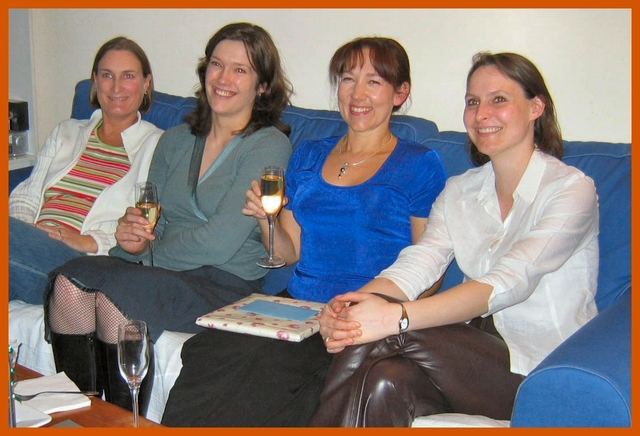 And then we headed for the table, ready to tuck into the main course of chicken breasts wrapped with bacon and stuffed with feta cheese, tomato paste and spring onions, oven-baked on a bed of thinly sliced potatoes and onions (recipe below).  On the side I served Brussels sprouts sautéed with a bit of leftover bacon – my New Favourite Way With Sprouts!

Sorry about the sub-optimal kitchen-light, gotta-get-this-food-on-the-table-quick photo and lack of pics of the plated food.  The hostess with the mostest can’t think of EVERYTHING, you know… 😉

Butterfly and flatten each breast (cover them with clingwrap before you flatten them – less messy!).

Place the feta, spring onions and tomato paste in a bowl and mix well.  If you want a smoother texture to the filling, you can put them in a food processor, but I like a filling with some texture.

Spread equal amounts of the filling on each breast and then roll op each breast.  Wrap a rashed of bacon around each one to secure – use 2 rashers if the breasts are large.

In a large, shallow oven-proof dish, layer very thinly sliced potatoes and onions (you can add a splash of cream, but it’s not essential) and season with salt and pepper to taste.

Place the wrapped chicken breasts on the potatoes, cover the dish and bake at 180C for about 50 minutes, or until the chicken is done. Serve on a spoonful of the potato onion mix with greens on the side.

Other options with the chicken include:

If you enjoyed this recipe why not try my: