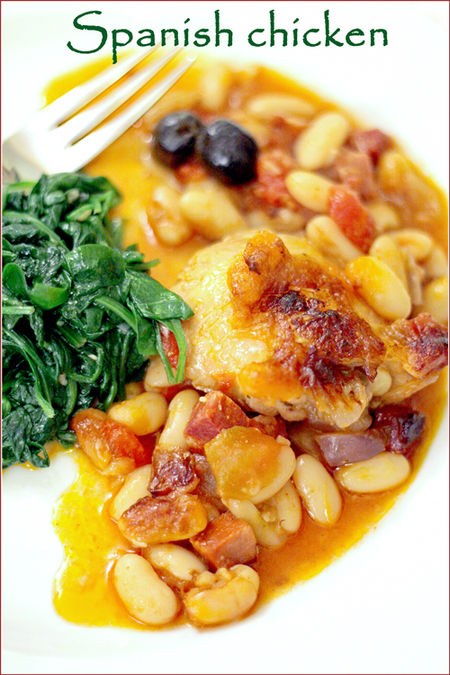 I always wonder how some dishes got their names – particularly names that ascribe a certain national heritage to a dish, but which dish you won’t find on a single menu in its alleged coutry of origin.

I have a recipe which I got from a friend in high school or shortly afterwards, and which my mom and I made many times to great acclaim.  It consists of a baked chicken casserole in a rich tomato sauce, with lots of bell peppers, olives and raisins.  And of course, it’s called Mexican chicken.  Because olives and raisins are just so Mexican…

My hometown of Port Elizabeth has a large population of Chinese immigrants, and probably the first ethnic cuisine that any child growing up in PE came into contact with was Chinese.  Obviously, everybody’s favourite was deep-fried sweet and sour pork, but there is a good chance that your second choice would be Shanghai steak, strips of tender stir-fried beef in a rich, almost sweetish gravy studded liberally with peas.  But just like no Indian kitchen ever spawned a chicken tikka masala, no such dish as Shanghai steak has ever graced the kitchens of China.

In coffee shops around South Africa, you will encounter a certain item on the menu.  It’s a dish that is referred to in reverential tones and its mere mention will make dieters break down and cry:  Greek chocolate cake.  Now I have to say that I have never been to Greece and for all I know, every Greek grandmother is churning out these rich chocolate layer cakes every other day.  But a bit of research on the internet did not reveal any particular connection between this chocolate cake and Greek cuisine.  Other than the fact that in Port Elizabeth the best chocolate cakes happen to be baked by Greek ladies!  Maybe Peter can enlighten us?

So, viewed against that background we come to today’s dish.  Nope – it’s not something that I’ve ever seen on a Spanish menu, so in that sense it falls into the same category as the three examples above.  But at least there is a tangible Spanish connection this time, in terms of the flavour of the spicy chorizo and olives and, of course, the beans.  It’s dead easy to make, it’s incredibly tasty and satisfying to eat (rather like an Iberian cassoulet), and it freezes beautifully so you can make loads and keep some for later.  And because the beans are such a central ingredient, I am submitting this recipe to the lovely Susan of The Well-Seasoned Cook for the eighth My Legume Love Affair event.  If you hurry you can still get your entries in until Saturday 28 February!

Make the seasoned flour by adding generous amounts of salt, pepper and paprika to your 3 Tbsp of flour.  Mix well.  Heat the oil in a large frying pan, dredge each chicken piece well in the seasoned four, shake off the excess and fry the chicken in the oil, turning until both sides are browned.  Set aside and keep warm.

Add a little more oil to the pan, then add the onion, garlic and chorizo.  Fry together until the onion becomes translucent and has absorbed some of the fat from the chorizo.  Then add the 2 tins of beans, the chopped tomatoes and the chicken stock and cook over medium heat until heated through and bubbling.  Check for seasoning and add more paprika if necessary, as well as salt and pepper.

Place the browned chicken thighs in a large, shallow ovenproof dish.  Pour the butter bean mix over the chicken, then bake uncovered at 180C for about an hour.  After an hour, add the olives to the dish, bake for a further 15 minutes or so.  Serve with wilted spinach and brown rice.