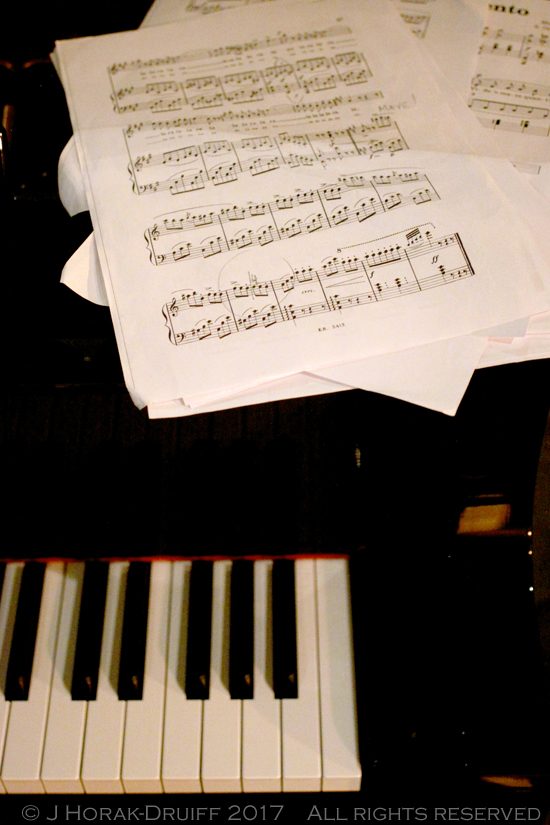 One of the ways in which the world can be divided neatly in two is people who get opera… and those who don’t.  Search Google for quotes about opera and you will find a wide variety of thoughts and opinions from the serious to the flippant and everything in between – most either professing undying love for, or undying bafflement by, opera. But the one that amused me the most was this one by one of my favourite authors, the late Terry Pratchett from his opera-themed book Maskerade:

““Well, basically there are two sorts of opera,” said Nanny, who also had the true witch’s ability to be confidently expert on the basis of no experience whatsoever. “There’s your heavy opera, where basically people sing foreign and it goes like “Oh oh oh, I am dyin’, oh I am dyin’, oh oh oh, that’s what I’m doin'”, and there’s your light opera, where they sing in foreign and it basically goes “Beer! Beer! Beer! Beer! I like to drink lots of beer!”, although sometimes they drink champagne instead. That’s basically all of opera, reely.””

To be fair, if you have ever been to an opera and understood the language (or followed a translation as they sang), you will have to smile at Nanny Ogg’s description of heavy opera because much of the libretto is faintly ridiculous and states the obvious… repeatedly. But to focus on the libretto is to entirely miss the point of opera. It’s all about feeling the emotion in the music as expressed by the singer’s voice – and it is the mark of a great singer that you feel an emotional reaction to the music despite the obviously silly words. Looking around the room at a recent operatic dinner at High Timber restaurant and seeing grown men close to tears of joy, tenor Mark Milhofer certainly has an air of greatness about him. Mark was a choral scholar at Magdalen College, Oxford before going on to study at the Guildhall School of Music in London. He made his operatic debut as the Madwoman in Britten’s Curlew River, but it was the role of Giannetto in British Youth Opera’s production of Rossini’s La Gazza Ladra that brought him to the attention of public and critics alike. He has studied in Milan and now has a busy schedule and an international career spanning performances in countries as diverse as Italy, Switzerland, the UK, Montecarlo and South Korea to name but a few. After a chance encounter with High Timber’s opera-loving owner Neleen Strauss, a plan was hatched for Mark to do an opera recital over the course of a 3-course dinner at High Timber, and I had the pleasure of attending this recently. 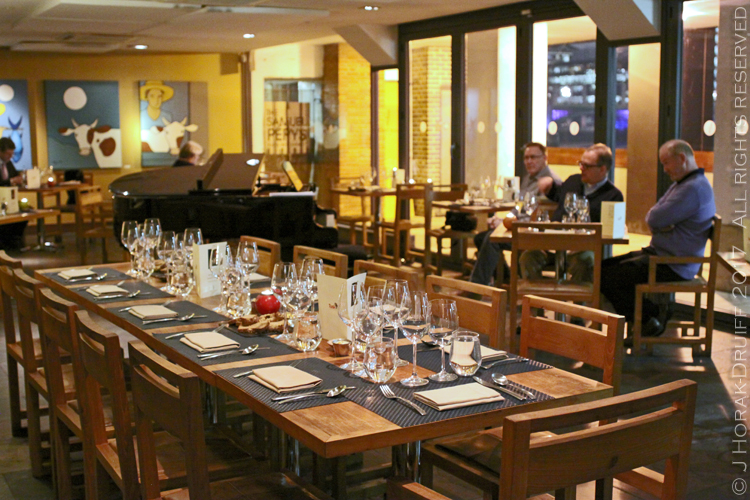 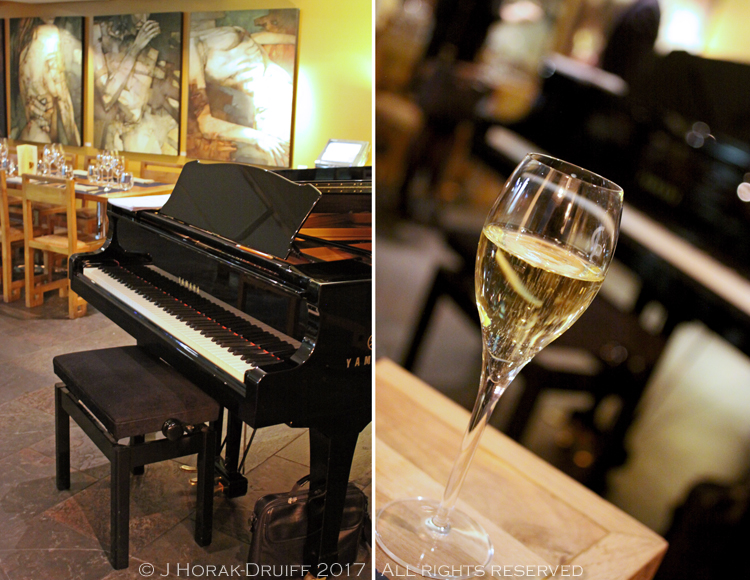 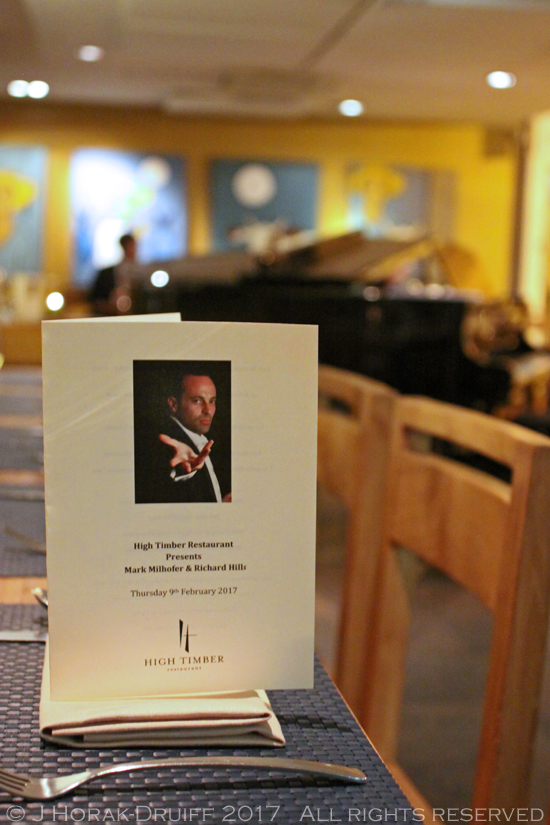 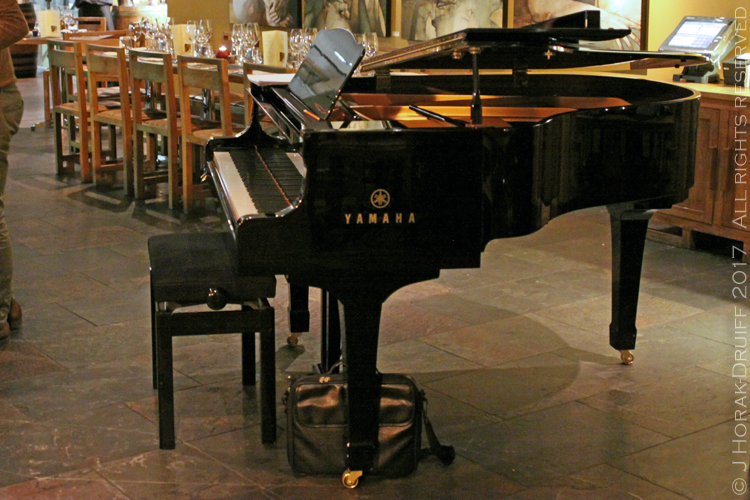 The evening featured a selection of 12 arias, including some by Verdi, Puccini and Rossini – a fabulous rendition of Nessun Dorma was my personal highlight of the evening.  Mark moved around between the tables performing the arias between courses, occasionally serenading particular diners and enchanting everybody with his powerful voice and nuanced delivery.  He was accompanied on piano by the super-talented Richard Hills – a trained classical and renowned theatre organist by profession but, as it turns out, also a versatile and talented pianist who has hidden superpowers of improvisation. 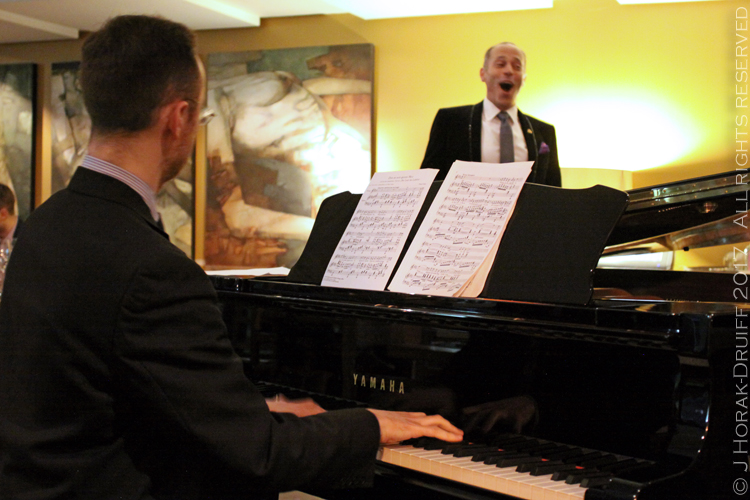 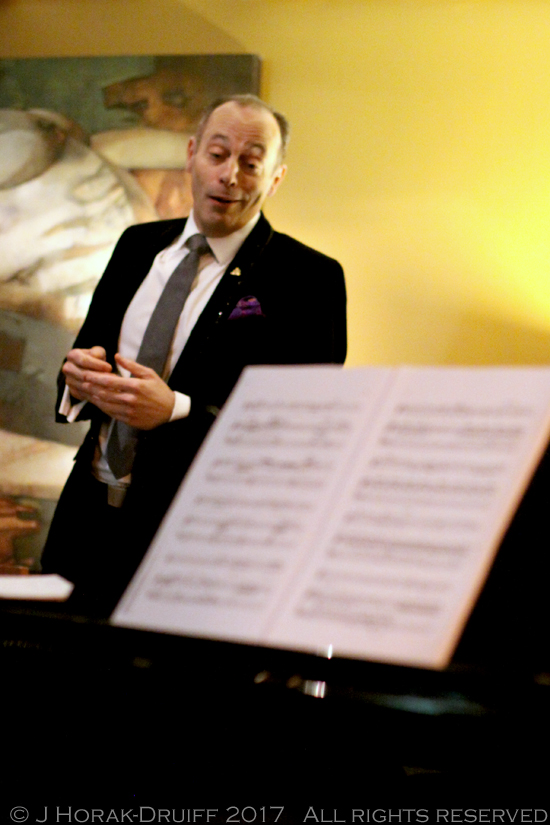 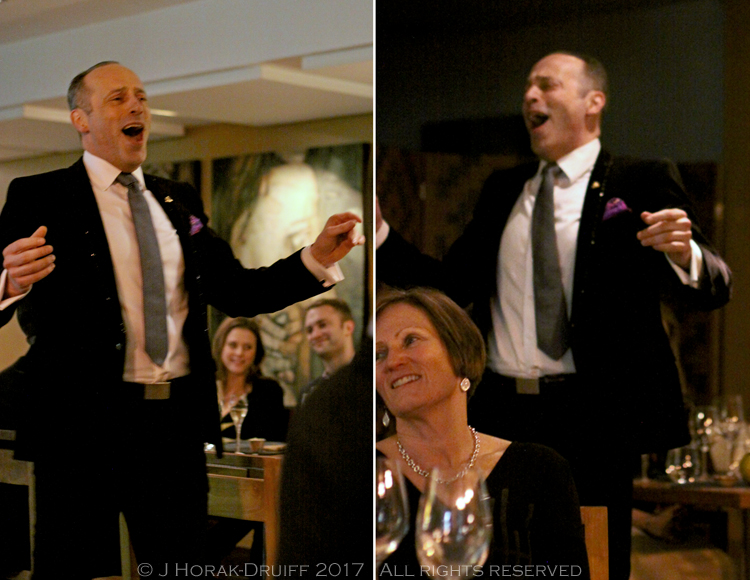 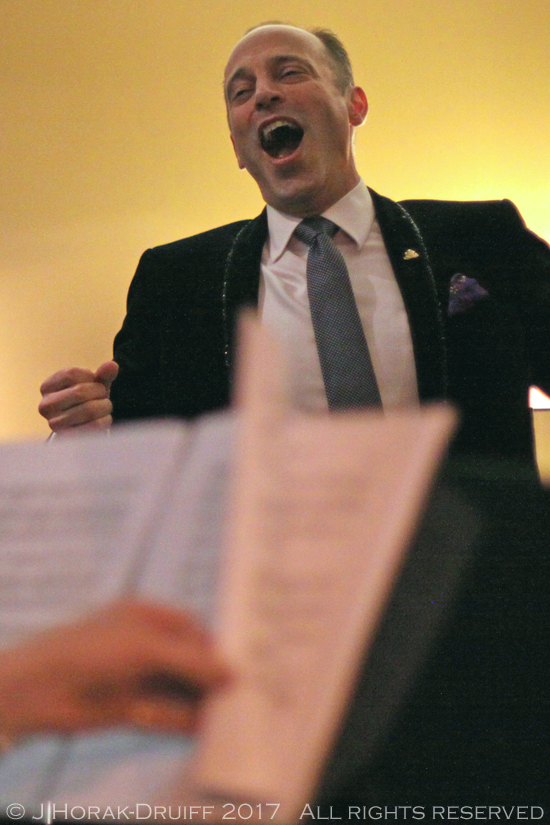 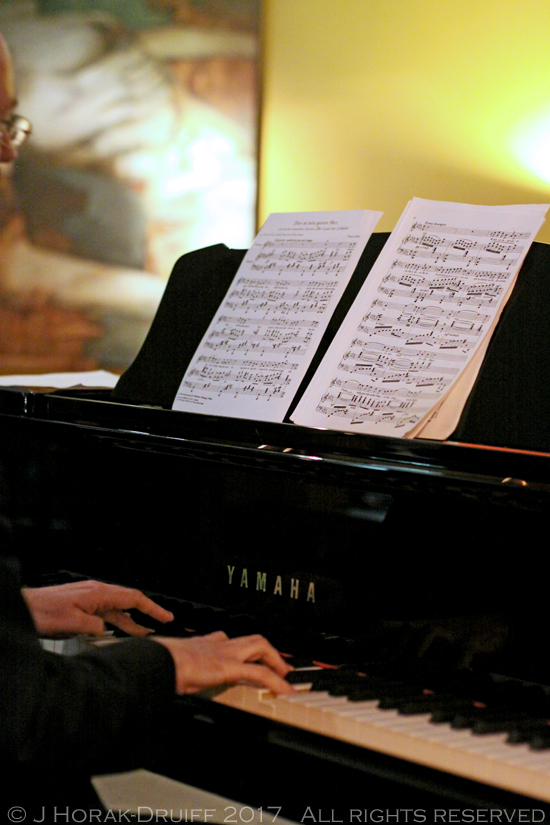 While we were listening to Mark and Richard, we were also enjoying a Viennese-themed three-course meal, starting with a richly flavoured roasted beetroot soup, perked up by the addition of tiny cubes of diced gherkin.  This was followed by a classic schnitzel with jus and capers; and to finish, what could be more Austrian than apple strudel.  We were also treated to Jordan wines during the course of the evening. 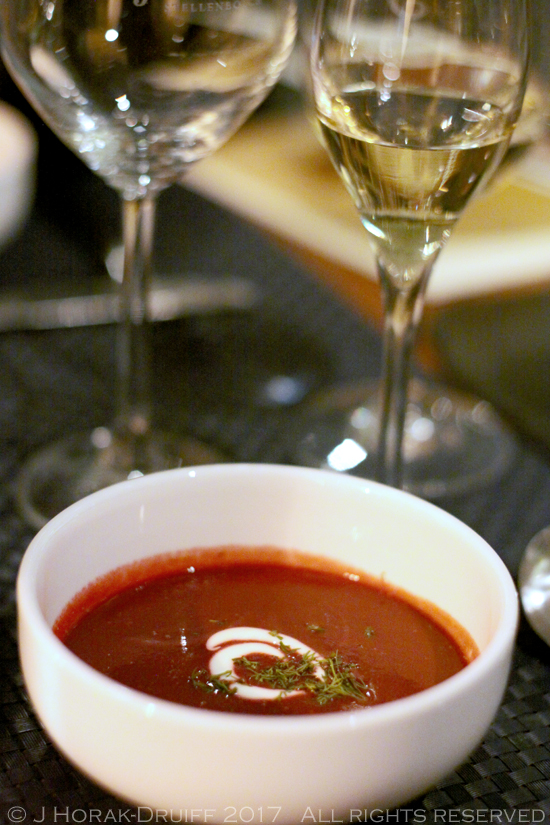 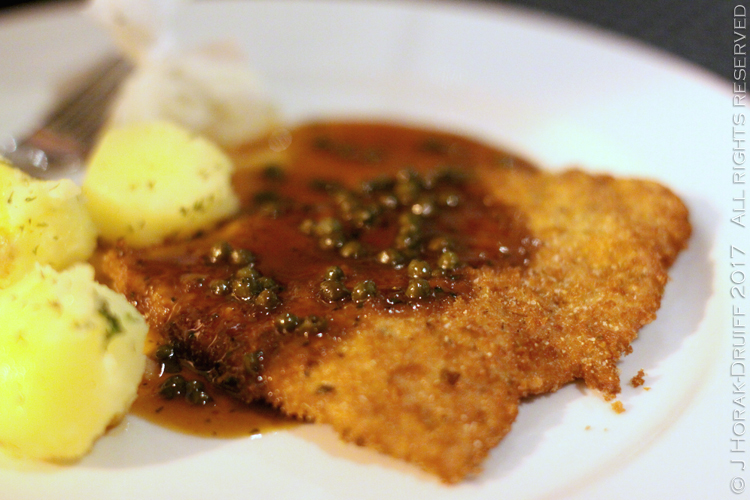 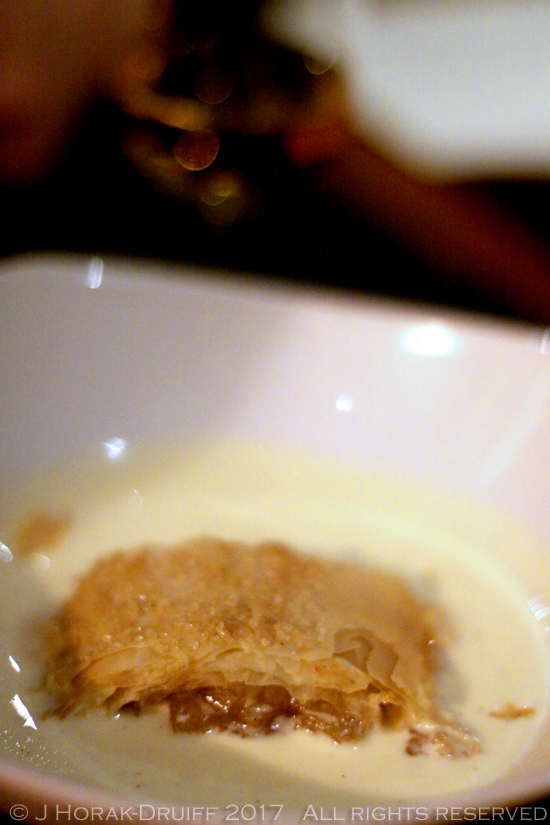 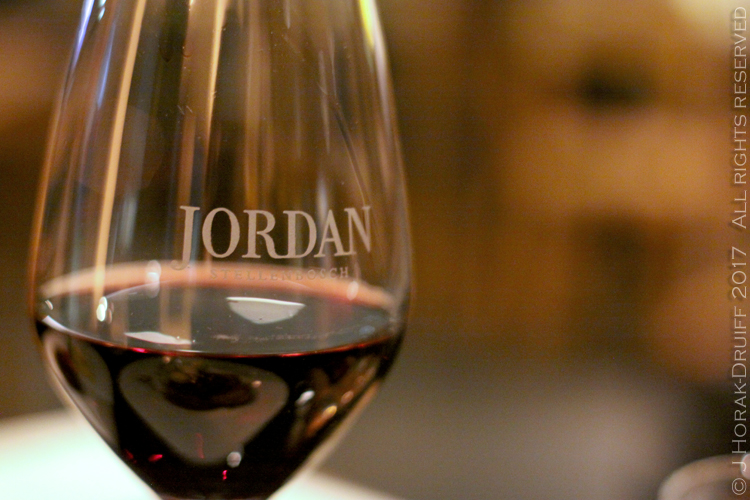 As High Timber co-owner Neleen explained, this had been an experimental evening (not least the experiment of getting a baby grand piano into the restaurant!) but it is safe to say that everybody who attended rated the experiment as a great success and a wonderful way to spend an evening out with friends on the banks of the Thames.  Follow High Timber on Twitter or like them on Facebook to see any forthcoming events such as wine tasting dinners… or maybe even a spot of opera!

DISCLOSURE:  I enjoyed this meal as a guest of High Timber but received no further remuneration to write this post.  I was not expected to write a positive review – all views are my own and I retain full editorial control.