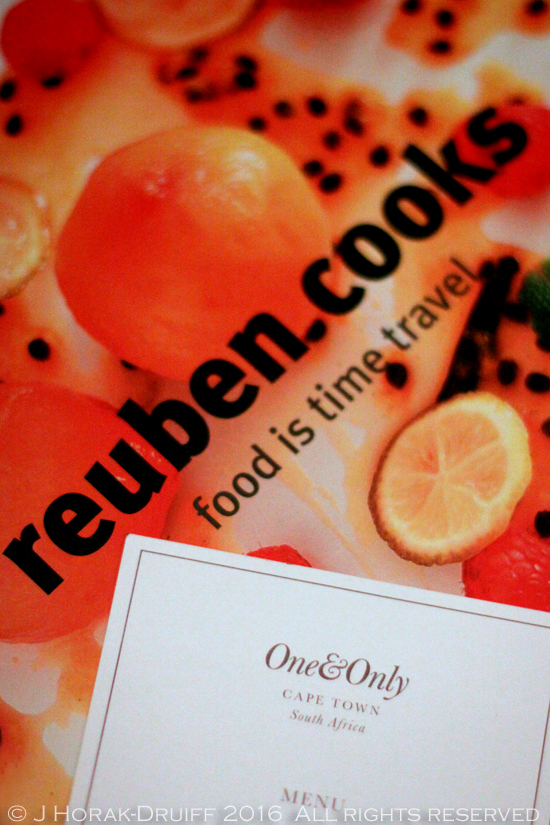 When I first visited London as a student back in 1989, I imagined it would be the most exciting city to live in in all the world. I pictured myself going to work on the Tube every day, immaculately dressed in heels and a beautiful cashmere coat. I told myself that I would come to HMV on Oxford Street every single weekend if I lived here.  I imagined eating daily pub lunches of ploughman’s platters washed down with a half pint of ale. And I always imagined I’d live in a small but chic apartment overlooking the River Thames. It took a while for the fantasy of living in London to become a reality (11 years, to be precise); it is the most exciting city in the world; and I do travel to work every day on the Tube, in a cashmere coat in winter (the heels, not so much!). But Oxford Street is my idea of hell; ploughman’s lunches seem to have gone the way of the dodo with the rise of gastropubs; and apartments overlooking the river cost the same as some small countries’ annual GDP. But every once in a while, I get to step into my fantasy world, even if just for an evening.

This was the case late last year when I was invited by One&Only hotels to attend an intimate dinner with South African star chef Reuben Riffel.  As if Reuben’s brilliant cooking was not enough of an enticement, the venue was the Brewer’s Quay penthouse at the Cheval Three Quays serviced apartments, cheek by jowl with the Tower of London and with drop-dead stunning views over all of London’s landmarks, from Tower Bridge to the Shard, the Tate Modern and even the London Eye in the distance. Stepping out onto the terrace, glass of South African Graham Beck bubbly in hand, was like stepping into a movie – or into my 1989 fantasy of life in London. 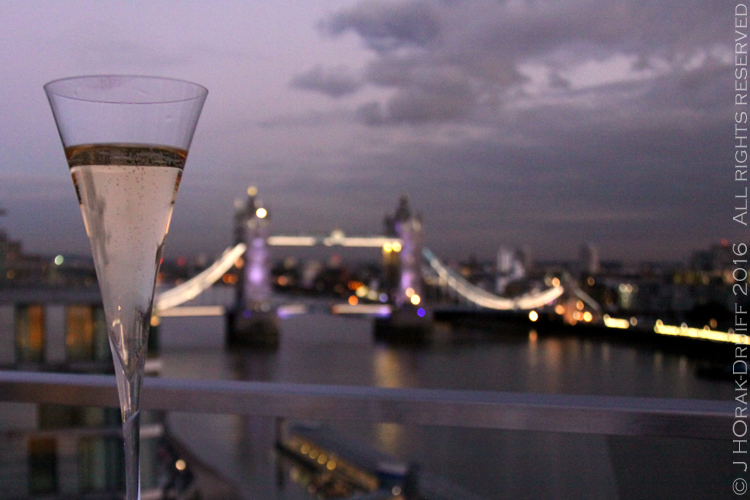 As we were finishing our glasses, chef Reuben Riffel, fresh off the plane from Cape Town, also joined us.  I have met Reuben before at the One&Only in Cape Town, and for somebody who is such a culinary star in South Africa, he is the most humble and down-to-earth person that you can imagine. One of 12 siblings, Reuben was born into a family where money was scarce but good food was always deemed important. Reuben learnt to cook from his mother (who often worked in the restaurant industry), grandmother and aunts who would spend hours preparing feasts, always using the freshest fruit and vegetables grown by his grandfather on a small piece of land in the Groendal valley near Franschhoek.  After school he briefly tried his hand at the building trade, but his first love remained food and he started a job as a waiter at the Chamonix restaurant.  It wasn’t long before he migrated from front-of-house to the kitchen where he started learning the skills of his trade from his first mentor chef Christoph Dehosse.  After Dehosse moved on, Reuben continued to learn under his successor, the creative but eccentric Richard Carstens who promoted him to sous chef. When Carstens failed to show up for work one day, Reuben took over the kitchen seamlessly and realised he had found his true calling. After a stint in Cambridge in the UK running Bruno’s Brasserie to great acclaim, Reuben had the chance to return to South Africa and open his own restaurant, and so in 2004 Reuben’s Franschoek opened its doors. Since then, the restaurant has consistently been among the top ten in the country and Reuben has opened a couple of others in Robertson and at the One&Only hotel in Cape Town. 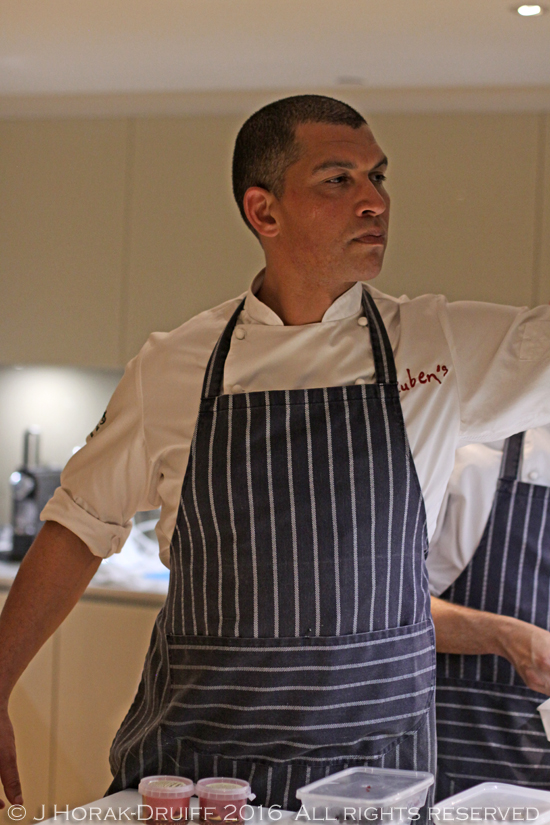 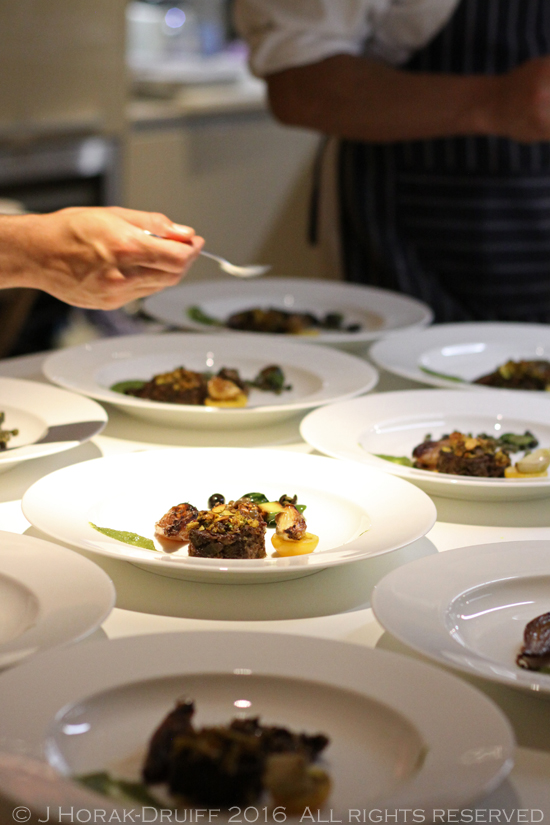 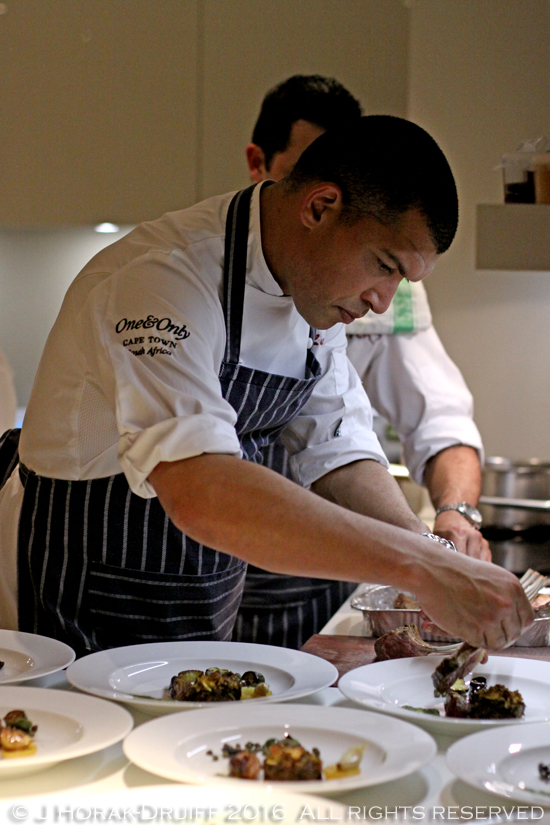 After introductions on the terrace and some compulsory discussion of the Rugby World Cup (!) we were ushered inside to a table boasting a spectacular centrepiece of South African King Proteas.  We started with Cape-style sugar-cured fish with curried heirloom carrot and compressed pineapple, dressed with coriander creme and dehydrated onion-mustard seed crisps.  I loved this trendy take on an old South African favourite from my childhood, pickled fish.  The sweet-fleshed fish and the mild curry are a great foil for each other, and the crisps added a satisfying crunch. This dish was matched with a glass of  Warwick The White Lady Chardonnay 2012. For our mains we had lightly spiced slow roasted lamb with basil, capers, zucchini and olives, accompanied by bobotie-spiced marrow bone and dressed with an aubergine honey and thyme velouté.  I am a total sucker for bone marrow, so this was always bound to be a hit with me – even more so with the gently spiced flavours of bobotie! The lamb cutlets were perfectly pink and I always think olives and lamb are a match made in heaven – so a hit all round.  This was matched with a glass of deliciously complex and berry-flavoured De Trafford Merlot 2009. For dessert, we had seasonal berry textures with malva sponge, apricot and muscat. For those unfamiliar with it, malva pudding is one of the mainstays of the traditional South African dessert repertoire.  Named for the sweet Malvasia wine that once flavoured it, it is a cousin of sticky toffee pudding, but as light as air: a number of dinner guests expressed delighted surprise at its spongy texture. This was matched with a glass of Joostenberg Chenin Blanc Noble Late Harvest 2013 – a particularly fine example of the blindingly good and balanced dessert wines that South Africa produces from Chenin Blanc grapes. Reuben was able to sit with us at the dinner table for most of the meal and we heard a lot about what inspires him (unpretentious yet sophisticated food that has the power to evoke emotions and memories); what he likes to eat when he is at home (his wife’s roast chicken); and the challenges of running a high-end restaurant in South Africa (getting staff to see their restaurant jobs as a potential career ladder and not just a stop-gap until something better comes along).  He is by turns serious and playful, but his humility, passion and deep love of food (and South Africa) shine through repeatedly – very much like in the excellent menu that he created for us.  If you are heading to the Western Cape in the foreseeable future, you’d be foolish not to make a reservation, either at his original restaurant in Franschhoek or at the One&Only Cape Town in the V&A Waterfront. If you can’t get to Cape Town, you can always pick up a copy of one of Reuben’s three recipe books and have a go at recreating his dishes at home.

You may also enjoy reading about:

DISCLOSURE:  I enjoyed this dinner as a guest of the One&Only Hotel, Cape Town and Reuben Riffel but received no further remuneration to write this post.  I was not expected to write a positive review; all views are my own and I retained full editorial control.