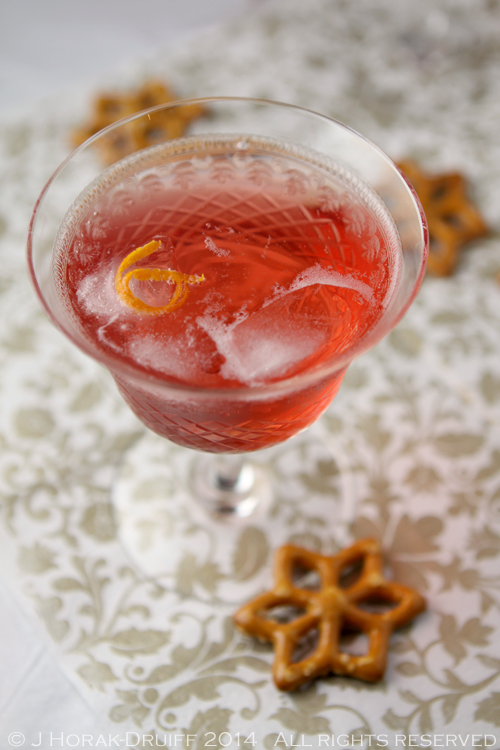 When I was a student, we loved to play Pictionary – even more so if we could convert into a drinking game of some sort.  Of course, I always insisted on being in a team with my darling future sister-in-law Paola because a) she is a talented artist, which helps a lot; and b) we know each other so well that a single stroke of the pencil plus the appropriate facial expression can produce the correct answer – to the extent that people often thought we were cheating when we weren’t! So of course there was a lot of lobbying from our other friends to discard the writing aspect of Pictionary altogether and play a charades version instead (which we christened Actionary).  This presented a whoel  new set of challenges – yes you can draw an amoeba with relative ease, but how do you mime it?? So more often than not, when the person miming looked aghast when they read the word, the guesser would shout: “Act out the syllables!”.  And if the person miming then suddenly blushed bright red and turned all coy, the guesser would immediately shout out: “Cockpit!”, “Country!” or “Cocktail!”.  :o) Cocktail.  It’s a funny old word, isn’t it?  Apparently its earliest use had nothing to do with drinks but was an equestrian term indicating a racehorse that could not be called a thoroughbred because of some deficiency in its family tree. In the very  early 1800s, the word appeared to refer to a non-alcoholic beverage, but by 1806 it was being used to denote any alcoholic drink containing some kind of spirits, sugar, water and bitters.  Slowly, it became customary also to add a liqueur to your mixed drink and a book about mixed drinks in 1862 included chapters on punches, sours, slings, cobblers, toddies, flips – and cocktails.  All the drinks in the cocktail sub-class were apparently distinguished by the inclusion of bitters. 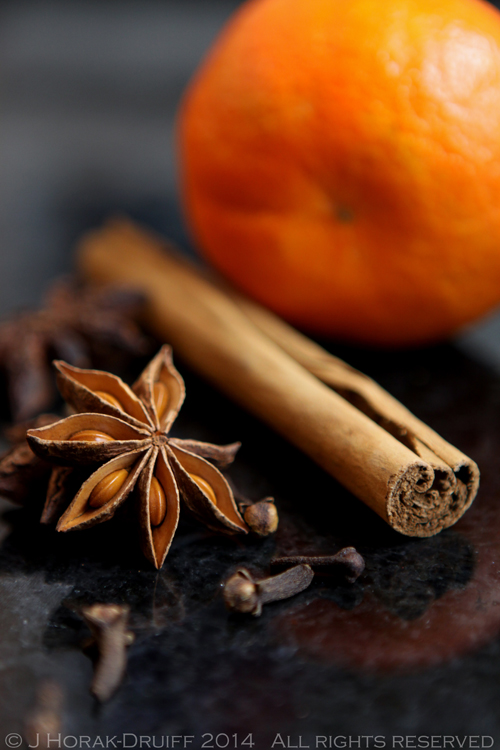 Today, few people would remember this definition, but it is still obliquely referred to in the Old Fashioned, a cocktail that is still made with spirits, sugar, water and bitters, and named to distinguish it as being the original type of cocktail, rather than the catch-all term that cocktail has become.  Incidentally, the term “highball” was coined in the late 1800s to denote a drink that contains only a spirit and a mixer (e.g. gin and tonic) as opposed to a proper mixed cocktail.  The first cocktail party was apparently held in 1917 and our love-affair with cocktails has shown little sign of abating ever since, with cocktails becoming ever more elaborate and more creatively-named. We’ve come from the Manhattan and the Cosmopolitan to the Slippery Nipple and the Corpse Reviver and mixologists around the world are no doubt working on concocting the Next Big Thing as I write this. 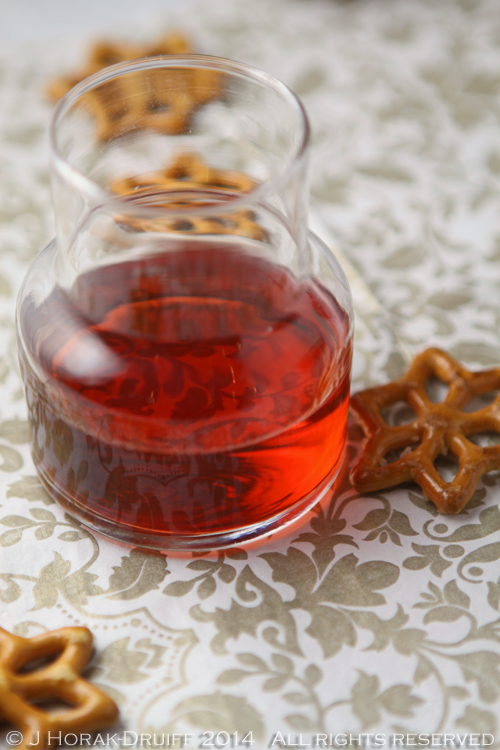 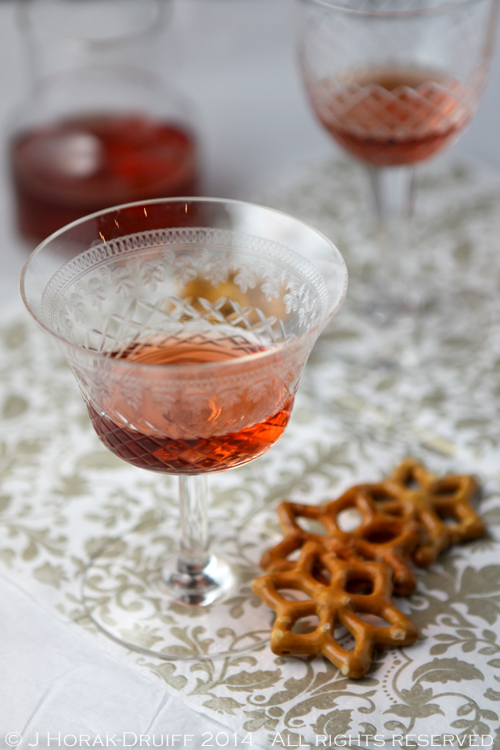 I have to admit that at Cooksister HQ, our drinks run more to highballs in the form of a restoravite G&T or a warming whisky with a splash of water, but at Christmastime when we have lots of visitors I like to greet them with a Christmas cocktail that’s a little special.  Last year it was all about the Sloe Lovin’ made with Champagne and sloe gin but in their endless wisdom our council has chopped down all our sloe bushes, so this year I had to think of an alternative. Fresh cranberries are a seasonal treat, appearing in UK supermarkets from about the end of November and I had never thought to make anything but cranberry sauce with them, but inspired by Helen’s post, I decided to try my hand at making come Christmassy cranberry vodka.  Cranberries are a natural match for clementines, another seasonal favourite, and warming Christmas spices are essential to add warmth and depth.  As cranberries are rather tart, I added quite a bit of sugar which will leave you with an end result rather more like a liqueur than a crisp fruit vodka, but you could experiment with using different amounts of sugar. For me, the richly coloured liqueur-like end result was perfect to use in a refreshing cocktail with tonic water and cranberry juice, known around here as the Christmastini. I can think of no better drink to enliven a festive game of Pictionary (or Actionary!) with friends.  Cheers! 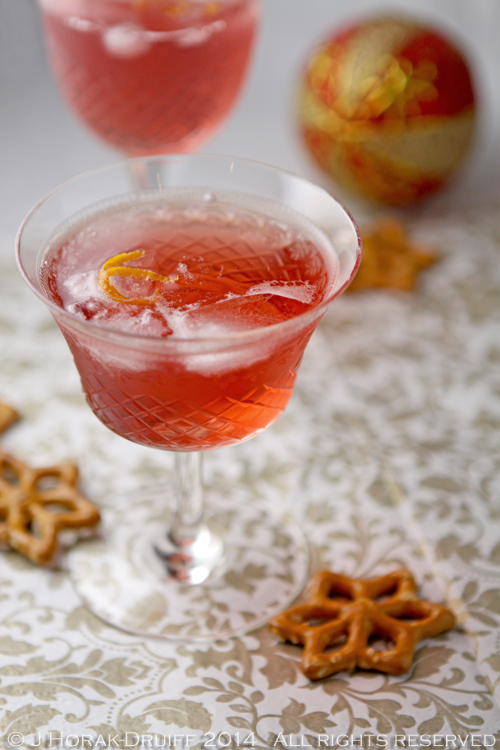 If you are looking for festive drinks inspiration you may also like:

5.0 from 8 reviews
Homemade cranberry clementine vodka and a Christmas cocktail 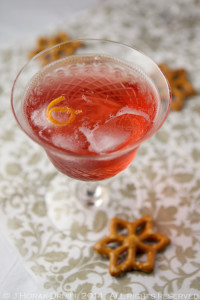