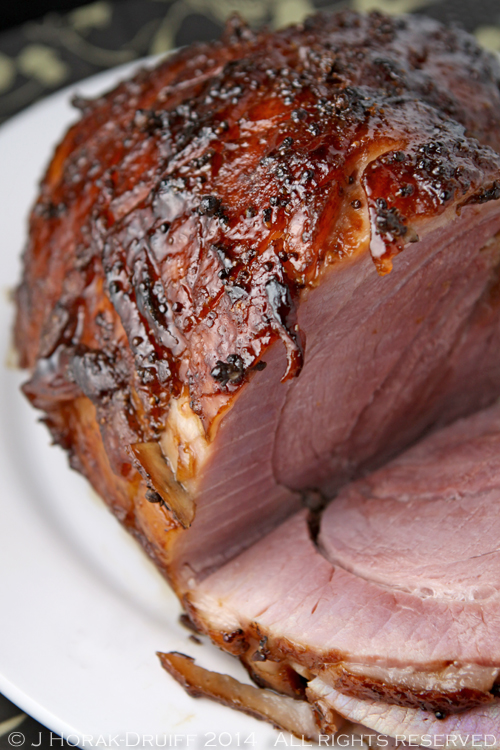 Long before Buzzfeed or Mashable saw the light of day, I was a fan of lists.  As far back as the early 1980s, some of my brother’s and my most treasured possessions were the two volumes of the wonderful Book of Lists. The lists ranged from the banal (the world’s 5 tallest mountains) to the positively racy (5 famous people who died while having sex), and we loved and them all (and memorised an alarming number!). In the files of magazine clippings that I fanatically collected as a teenager and student, the overwhelming majority of the clippings relate to some sort of list: 5 ways to firm triceps; 10 superfoods you need to know about; 101 things to be happy about; and one of the earliest versions of 30 things you need to have done by the time you are 30.  One of the 30 things that inexplicably stuck with me was: “Must be able to mix a proper cocktail.  And, no, brandy and Coke is not a cocktail.”

Ah yes, brandy and Coke – the unofficial national drink of an entire stratum of South African society, and rather like “scotch and soda”, an artefact from the 1970s that my teenage self was far to cool ever to be seen drinking. But many of my countrymen drank if as a matter of course when the beer ran out and the evening got hazier.  And my very own parents, the last people you could imagine drinking brandy and Coke, religiously had one every Saturday evening that I can remember, with ice cubes clinking in their delicate round cognac glasses.  You could say it’s in my genes.  So every time I am asked to suggest a South African twist on a Christmas meal, I ponder the question of how I can incorporate this most South African of drinks into my menu without actually serving it as a drink.  And this year I think I found the answer – a gammon cooked in Coke and glazed with a brandy glaze.

So what does a South African Christmas meal actually consist of?  Of course, I can only speak for my own family when it comes to traditions – I am aware that some of my friends simply ate what you’d eat in England: a roast turkey with trimmings and a Christmas pudding. But the defining characteristic of a South African Christmas is that it is hot and sunny because it falls in the middle of the southern hemisphere summer. And let’s be honest – who wants their house turned into a furnace by oven-roasting a turkey for hours when its 28C outside?  My mom’s solution to the problem was to serve a Christmas meal that was mostly served cold.  We always had a gammon that she cooked the day before and then chilled in the fridge overnight, so the house was never furnace-like on Christmas day.  The starter was usually involved either smoked salmon or local avocados, and the side dishes were chilled salads.  It was only the pudding that served warm (because how else would you melt the brandy cream??) – but instead of Christmas pudding we often served Cape Brandy pudding.

So if you want to inject some South African flair into your own Christmas meal this year, this is what I would suggest:

Peppadew Cheese puffs to serve when the guests arrive, because Peppadews were developed in South Africa. 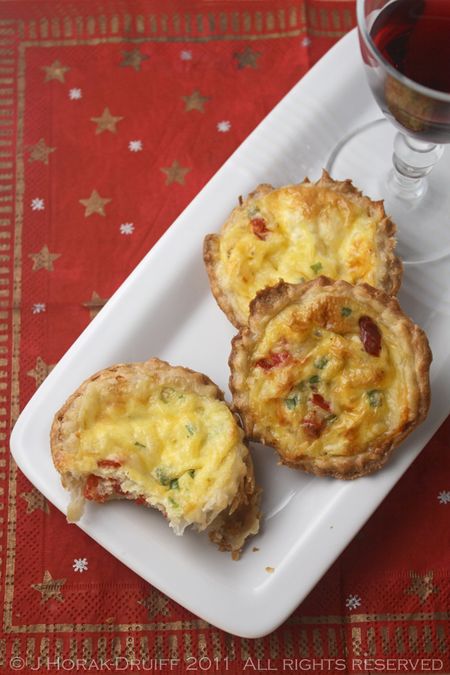 Smoked salmon and avocado stacks or avocado and biltong soup as a starter. 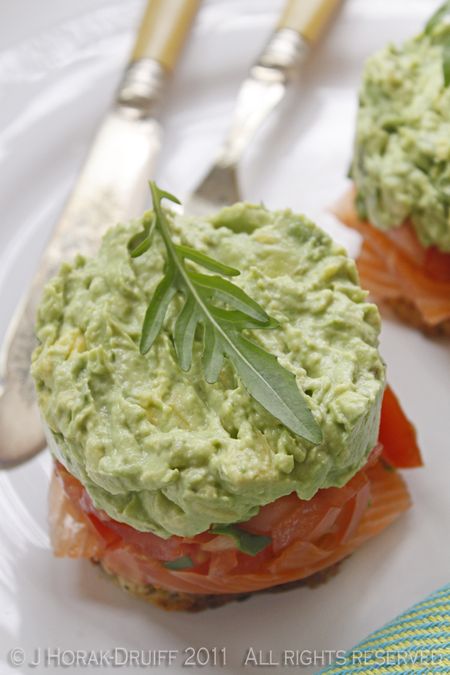 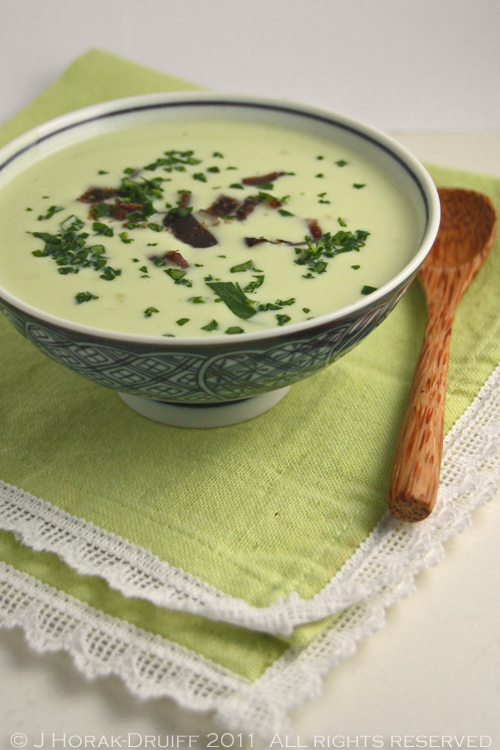 Brandy and Coke glazed gammon for a main course. 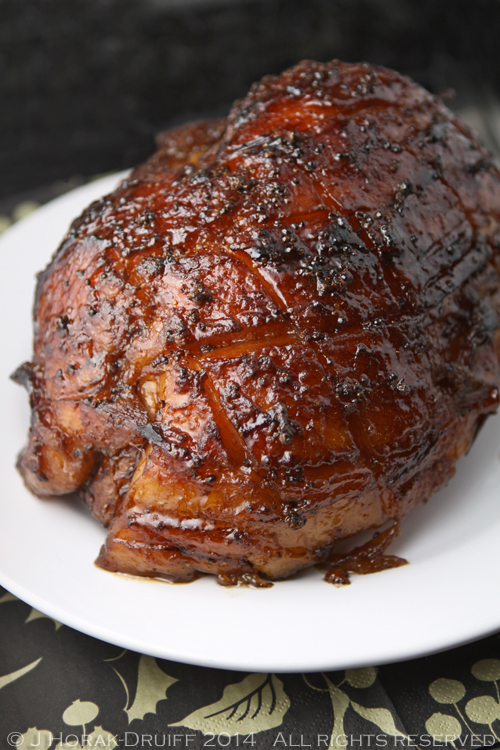 Seven-layer salad or soetpatats as a side dish. 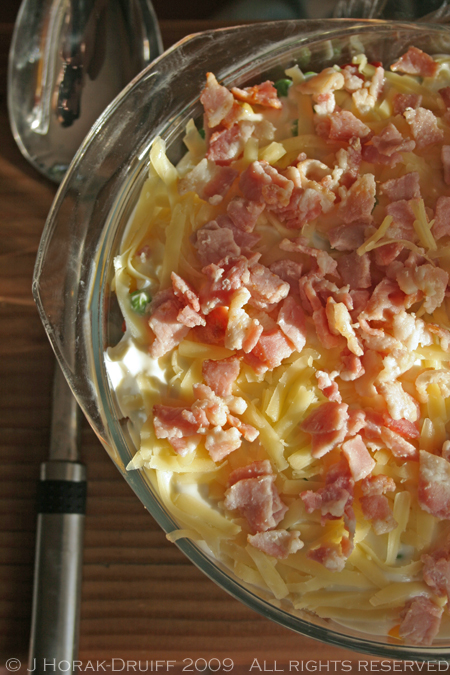 Cape brandy pudding for dessert… or if you prefer something chilled, my classic Peppermint Crisp fridge tart! 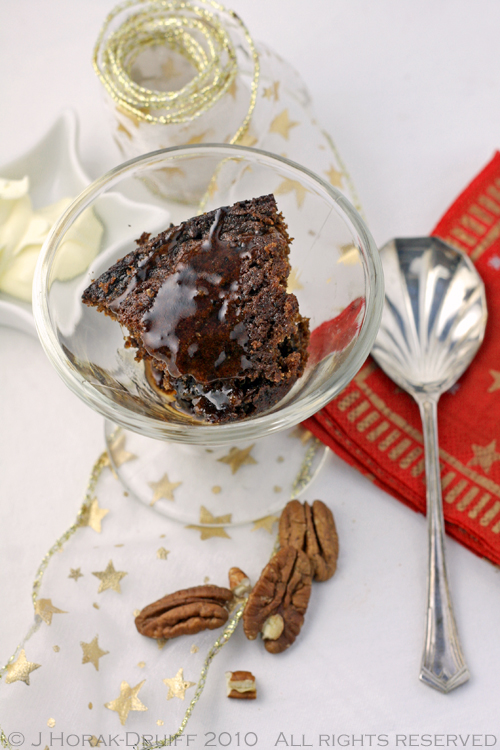 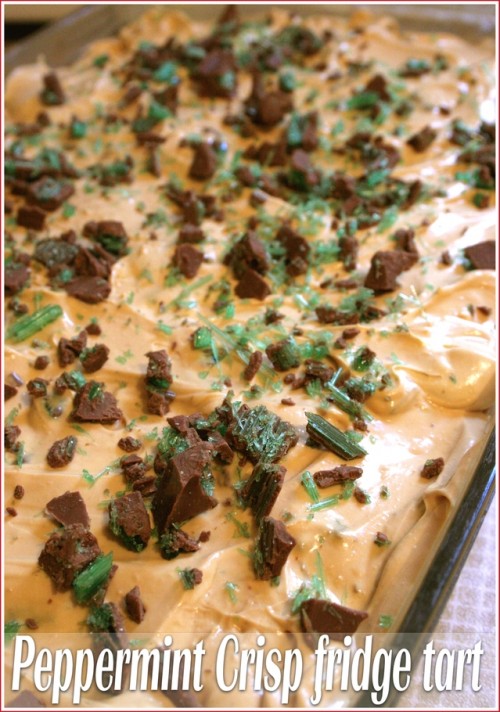 “But how do we make that gorgeous glazed ham?” I hear you cry. Never fear – all is revealed below! The idea of cooking a gammon in a sweet soft drink is not new – I remember a friend’s mom used to cook hers in ginger ale years ago.  My curiosity was piqued by Michelle‘s post about for Nigella’s ham in Coke, and Jane-Anne‘s wonderfully gammon glazed with Coke, so I decided to have a go at a simple combination of the two.  My first thought is that it seems like a dreadful waste of my beloved Coca-Cola – you use a large bottle and you really can’t use the cooking liquid for anything afterwards (think hot, flat, fatty Coke. Nice.).  Apparently the acidity of the carbonated cola tenderises the meat as it cooks, and of course the sweetness penetrates the meat too, acting as a perfect balance to the saltiness of the smoked pork.  Whatever the science may be, the end result was truly spectacular – tender, moist and sticky.  At least two of our guests pronounced it to be the best gammon they had ever eaten – high praise indeed. So this year, why not shake up your old Christmas routine and bring the taste of South Africa to your table, wherever you may be celebrating. 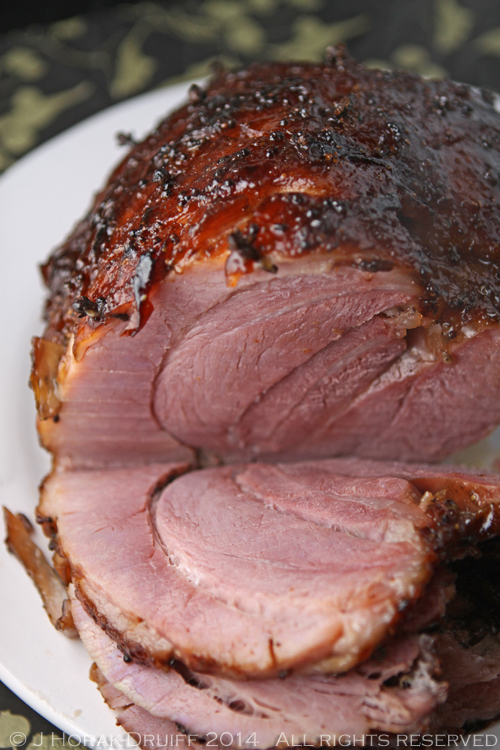 For some other Christmas gammon/ham recipes,  have a look at: 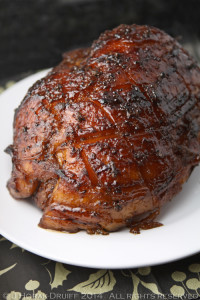